Translation:It is a historic winter.

It says I have a typo for 'an historical winter', but my understanding of English rules is that before a word that starts with either a vowel or an 'h' it is 'an' not 'a'.

While Asgador is totally right about the rules, both "a historical" and "an historical" are considered correct English. Duolingo should accept it.

"H" is considered a weak H here. The idea is that you are saying it aloud as "an istorical" ("an istory"), without the "h" sound, just like "an hour" lost its "h" sound entirely. It is possible that the "h" in "historical" is changing to a silent "h" like "hour" but just hasn't quite made it there yet.

FWIW, I write "a historical" but you should feel free to write it like you say it. Both are standard.

According to the usage note here it is changing the other way, from silent to spoken "h" (which is now considered standard) but you are right, both "a" and "an" should be accepted: http://www.oxforddictionaries.com/definition/english/an.

For the case against this advice see: http://www.theslot.com/a-an.html which concludes "a" must be used.

According to the second link, the writer tells us that one doesn't change how to pronounce words for one's own comfort. Well yes we do! Have always done. Did you know that Wednesday used to be "Odin's day"? But no one pronounces it like that and no one pronounces it" wed-nes-day" either. Languages change. And pure latin was to stiff and awkward to use so it changed into the different, more easy-flowing, latin languages. With that said, I think "an historic/al" should be accepted if it's easier to say as long as it doesn't get mixed-up with other similar-sounding words.

If you think Latin was too stiff and awkward, then you must think that people should also stop speaking Russian, Finnish, Sinhalese and other inflected languages.

you forgot German ! Romanian is also inflected.,Turkish too and Greek, and certainly a lot of other languages around this planet. Latin wasn't stiff. It was precise, accurate. The language of LAW ! I am glad I learned it during 8 years before entering the university.It has helped me a lot with all the Latin languages, of course, but also with all the inflected languages. I am an old French-speaking Swiss living in South America since almost 30 years now.Economist by trade.

The use of 'a' or 'an' depends on the initial sound of the following word. 'An' is only used before vowel sounds. In most cases a word starting with a vowel, is also pronunced as a vowel, e.g. an apple, an umbrella, an ear. Some words start with a vowel but are not pronunced as a vowel, e.g. a university, a unit, a unicorn. The same goes for words starting with 'h'. The initial sound of 'historical' is not a vowel sound, thus we say 'a historical winter'. In some cases the initial 'h' is not pronunced, for example "an hour". Here we have vowel sound too.

Oddly a lot of people pronounce "history" with the 'h', but "historic" and "historical" with just about no 'h' sound. It is accepted in the dictionary with "a" or with "an". I always say "a history book" and I prefer "a historic event", even though I am not surprised when others say "an historic event", but I find that the longer the word the less emphasis is placed on the "h" sound. It becomes weaker and weaker so that I am likely to say "an historical novel", even though again I am not surprised to hear others use "a". The faster one is talking the less likely you are to really hear the "h" in those longer words, but I would never miss it on a short word like "a hit".

So I have reported that. :)

The pick a word exercises still only offer an "a"

Well, honestly I would not know that. I have never used the pick-a-word on Duo as I only access via a PC and not the app (and that was not available on the web at the time I started, for which I am glad as I think I learn more if I type the words).

However, given that Duo is a US company, and that it represents English on the site by the US flag, then it is going to default to US English in these situations that do not allow for multiple answers, as the typing usually accommodates.

And that is another reason I work from the web is I have more flexibility in giving EU PT answers rather than BR PT answers. But, I still get no option in the sentences that are written in Portuguese here. They only come in the Brazilian variety.

What I do not know, as I have not encountered this sentence since I wrote my above comment more than two years ago, is if it accepts now the US English equivalent via the typed input again, or not.

What it should do, is accept both.

Anyway, "h-dropping" is not universal in all UK English either:

H-dropping, in the countries and regions in which it is prevalent, occurs mainly in working-class accents. Studies have shown it to be significantly more frequent in lower than in higher social groups. It is not a feature of RP (the prestige accent of England), or even of "Near-RP", a variant of RP that includes some regional features.[7] This does not apply, however, to the dropping of /h/ in weak forms of words like his and her, as described above – this is normal in all varieties of English.

H-dropping in English is widely stigmatized, being perceived as a sign of poor or uneducated speech, and discouraged by schoolteachers. John Wells writes that it seems to be "the single most powerful pronunciation shibboleth in England."[8].

Eddie Izzard has a great bit on language. However, at one point he asserts that US English speakers drop the "H" but, I have never heard that in my experiences:

If you are an English teacher, then you'd better do a bit more research on this topic. Here is a link for you: 'A' or 'An' 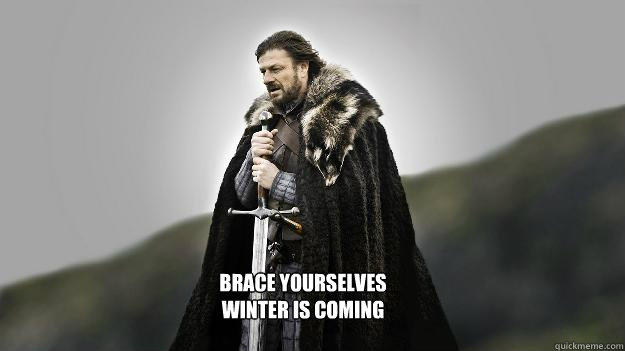 I would say " a record winter"

They aren't really the same. "A record winter" suggests historically high (or low) snowfall. But a winter could be historic for political, cultural or meteorological reasons.

Surely it should be "a record winter

There are white walkers. And Jon Snow still knows nothing.

What about historical winter?

"an" historic winter is correct as well.

It seems that Duolingo is translating histórico as historic (ie famous). Does it also translate as historical? (ie meaning from history.)