How do you add images?

This guide should help you.

What is the difference between "alles" and "alle"? Why do I use "alles" in the sentence "alles ist gut" but use "alle" in "Alle mögen sie"?

Alles means everything, and Alle mean everyone - refers to nouns. For example, I like everything would be -Ich mag Alles, but I like all the people would be - Ich mage alle, Andreas, Nicholas und Joseph

Actually that is not true: "alles" is singular whereas "alle" is plural.

Apparently "everything's fine" is incorrect... It's just a contraction...

This is obviously an error. You should report it. Duolingo makes corrections when reported, but not from the Comments section. Virtually everything I have reported has been corrected, with email messages to me from DL.

Your mind tricks will not work on me!

In the question "Wie geht's?", could i answer "Alles ist gut"?

No ,because "Alles is gut" doesn't is a question.

Sorry but my English is very bad

Does anyone know if there is a difference between "well" and "good" in German as in English?

Both translate to 'gut' in German.

Hallo Wataya, I don't understand what's the difference between "Alles" and "Alle", I have just read above but it's not really very clear.

"Alles ist gut" = Everything is good

"Alles ist fein" = Everything is fine? 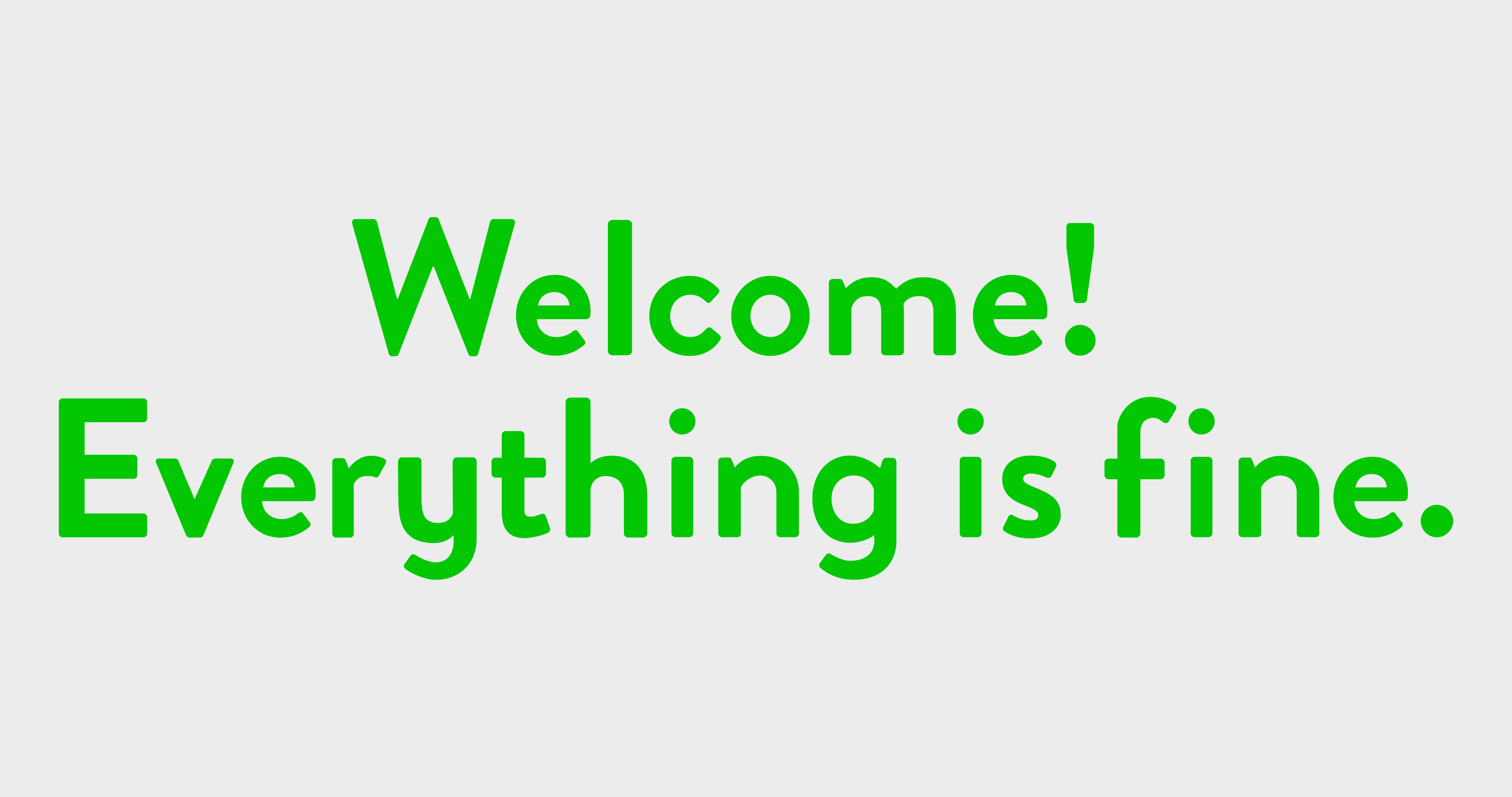 Was looking for this!

Why is "Alles" singular and "Beide" plural? Why do we say "Alles ist" and "Beide trinken" rather than "Alles sind" or "Beide trinkt"?

If you are a native English speaker, this should come natural to you. It's just the same in English: "Everything is. Both are".

Oh, gheez...that is natural, isn't it. Lol, thanks. Not sure why I was confused in the first place (no breakfast maybe) but I really appreciate the explanation.

I tried "Everything is awesome" thinking it would work. Darn.

Alles ist gut, why did Duo said everything is good wrong?

What is wrong with this sentence: "Everything is allright." ?

That's a typo, the correct word is "alright"

No, "allright" and "alright" are both incorrect. The sentence should be, "Everything is all right."

The following source is already a bit dated. I'm not a native speaker and don't have a strong opinion on the matter.

"Is it all right to use alright? Despite the appearance of alright in the works of such well-known writers as Flannery O’Connor, Langston Hughes, and James Joyce, the merger of all and right has never been accepted as standard. This is peculiar, since similar fusions like already and altogether have never raised any objections. The difference may lie in the fact that already and altogether became single words back in the Middle Ages, whereas alright (at least in its current meaning) has only been around for a little over a century and was called out by language critics as a misspelling. You might think a century would be plenty of time for such an unimposing spelling to gain acceptance as a standard variant, and you will undoubtedly come across alright in magazine and newspaper articles. But if you decide to use alright, especially in formal writing, you run the risk that some of your readers will view it as an error, while others may think you are willfully breaking convention."

I don't know that that's the case, there is only one instance of "Everything/all" in the sentence, I think that "Everything is fine" or "All is well" seem closer to the meaning.

How come "Is everything alright?" was accepted, but "Everything is alright." was not? If "alright" is a deprecated word, it shouldn't be accepted either way. Am I missing something?

'Is everything' and 'Everything is' are in a different order, so yes, it would matter.

What gramonman means is if 'alright' is accepted in a question, then why is it not accepted in an affirmative sentence.

gramnman: Why don't you report it?

Difference between alle and alles?? Someone pls tell me

That would translate to everything good. You would need is in between there for the sentence to make sense (I believe).

I would have guessed this was "everything is good" wgich sounds a lot more positive than "fine" is there a time when gut means good and when it means fine?

So is "alles" (everything) a singular noun? And "alle" (everyone) is a plural noun?

Imperial officer: "Who is this?"