Translation:They are visitors from another star. 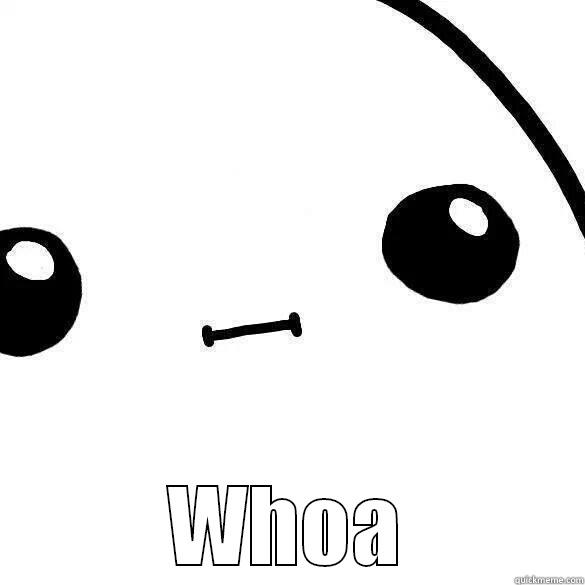 There is a post dedicated to explaining on how to use markup in duolingo comments section. I don't have the link so you better do a lookup in the site's help section.

Very easy since its not codingcoding. :) How do you posted a damn meme???

Why dont i even have a translation of what this means

They are visitors from another star

Why do we use Anderen instead of Anderes or Andere?

We use ANDEREN because it refers to a mixed inflection preceded by a undefined article or possessive pronouns. https://www.alemansencillo.com/m/andere

Thanks so much man, everybody should read this

I think it should be "von" not "vom" since vom = von+dem and if you use vom, it inherently means "from the" (von dem), so einem/eine has no place...sorry if I said it wrong I am just at intermediate level and this grammar is just absolut schön. I wish English followed such rules.

Keep calm, they're only aliens....

At first I thought I translated this incorrectly!

Yes, Duolingo keeps surprising. It's embracing pop culture vey much. Other day, I saw 'her wife' at I thought I mistranslated it and then I saw 'partner' with two men picture.Then, I was like Ahh.

Guys, the dative of "anderer" is "anderem". So why we dative (einem) and accusative (anderen) after "Von", that requires dative? O.o please help me understand

How is "different star" not accepted???

It should be accepted.

Have you found how to do that?

See: https://www.duolingo.com/comment/12948453 for info on all the formatting codes (including posting images).

Can we say the sentence without einem?

No, except you put in "dem". But then you are referring to a specific star they are coming from

Can "aus" be used instead of "von" ? Like for example "Ich komme aus Kanada" which is very current.

I have the same question, but until this day I could not find any answer.

I believe I've just answered it below here.

Not if you are talking about other planets, because ppl usually live on it and not in it. You can only come out of something if you are inside it.

That's not necessarily a distinction that translates, and the difference between "on" and "in" in English is often due to convention rather that physical properties. So there's no reason to assume that another language would use the same prepositions.

For example, you could be on a planet, not in it. You can be in Canada, not on it, even though in each case you'd be on the surface of it. You can be on the road and something can be in the street. I can live on Smith street, but 150 years ago in the US, I would have said that I live in Smith street. I can queue up in New York and be on line. I'd be physically standing on the line. I can go to California and be in line, even though there's no enclosure. There might be ropes, but there might not be.

Shouldn't anderer be placed in dative case as well? (anderem instead of anderen).

All of these comments keep talking about anderen and stern. Im sitting over here like why von? Why not aus

As I see it, aus would be literally translated as out of. I guess the visitors didn't come exactly out of another star, but from a solar system whose sun is another star. This post may help.

"anderen" can be only singular ack. or plural dat. https://de.m.wiktionary.org/wiki/anderer Still I don't understand :/ IT should be "vom einem andereM"

As far as I understood, you never have two cases declensions in a row, like 'eineM andereM', the second word, in this case an adjectiv, will have a weak ending, that doesn' t indicates the case. So in 'eineM andereN' , the "M" indicates the case, and the "N" is not indicating the case at all! Note that if the preceding word doesn't have a strong ending, then you would need to use 'andereM'. I hope I am right, and that I made it clear enough.

In this case it's mixed inflection

I believe I've just answered it below here.

Shouldn't I be able to say "They are visitors from a different star."?

Difference between "aus" vs "von"?

They are visitors from another star

Many thanks for sharing the link above, it's really of great help.

It is perflectly understood that when you say another star it means from the planetary system orbiting that star.

Salam, thanks for the clarificarion, could you please provide this comment in english. thanks.

I know von is a preposition but isn't Stern an indirect object? Shouldn't it be in Dative along with Einem?

Der Stern is not an indirect object becase it is not being affected by the action of the verb; nothing is hapening to it directly or indirectly. Rather it is an object of a preposition and it's case is dictated by the preposition. "von einem anderen Stern" is in dative (reflected by the "m" in "einem") only because "von" takes the dative case.

Why not 'You are visitors from another star'?

Yeap, it's impossible to differentiate here without a context.

So I take it "andere" cannot replace the article like it does in English?

Please check my reply below.

Finally, an + other = another

So einem already took the dative form here, that's why it's just anderen?

Why is it "anderen" and not "anderem". Checking the word in wiktionary, this must be "mixed masculine singular dative form of anderer", is this correct? It might not be the missing word in the question, but it still is confusing, as I'm not taught strong/weak/mixed declensions yet

The identifier of case only needs to be reflected once. Since the dative is reflected by "eineM", the following adjective takes the weak ending (andereN).

Does Stern have a figurative meaning here or is this a line that would be used in a scifi about aliens?

My favorite KDrama....."My Love from Another Star"

Now, this is one weird sentence! LoL

This comment is too complicated for someone with a limited vocabulary to understand.

Why von and not aus?

'Sie sind Besucher von anderen Stern' (They are visitors from another star' is correct, surely?

why is it von and not vor?

Visitors came from another star, yet it was somehow left up to me to tell the Germans about it? I would have to consider that rather unlikely.

"von" is more like "from", "aus" is literally "out of". But you use it for movements away from cities and countries.

In this "anderen" is used for the same reason "ein Apfel" turns into "einen Apfel" in accusative?

Not exactly, because it is not accusative, but dative here. "anderer" is declined like an adjective. And after an indefinite article you have to use the "mixed inflection" table.

I got this right but im still confused as to why einem is dativ but anderen seems to be akkusativ? why is it not anderem

Both are dative. There are tree different inflection tables for adjectives. After indefinite artuicles and possessive pronouns you have to use the "mixed inflection" table, which shows "-en" in dative.

why is einem in there?

"from a different star", "from another" star

Translation : You are visitors of another star

No. Explained more than once above. Read the existing comments before posting a question that's already been asked and answered!

These are the voyages of the starship Duolingo...

So anderen has nothing to do with the cases but it has to modify the gender?

Why are humans so confused? Other stars are very common, so are us

Can it also be translated as: You are visitor from an another star.

Why can't Besucher be translated in the singular ... "You are a visitor ..."

Besucher could be singular, but then the sentence would be "Sie sind ein Besucher... "

There is no ein in the sentence to translate.

why is "einem" included in this sentence? Why not just "another star" instead of "a another star"?

Duolingo is at it again, teachimg us valuable day to day sentences

Hey, but a star doesn't have conditions siluitable for life. It's too damn hot.

That's why it's von not aus. They didn't come exactly out of the star, but from a solar system where the sun is another star.

But what if this life form is very different from everything we know and can live at extreme temperatures?

From another star? This is what we're translating?!

Learn German in just 5 minutes a day. For free.
Get started