Its actually "No i am your father" 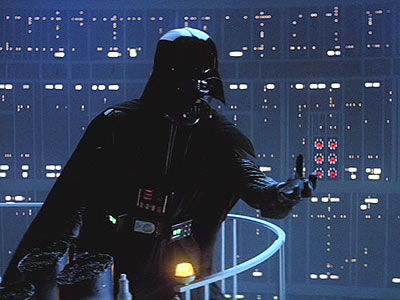 I dont have cirilic keyboard

on mobile and windows 10, you can download a Russian keyboard in the language settings and easily switch between them through a globe icon on mobile or by WinKey+SpaceBar in Windows 10

Edit: you can use a built-in virtual keyboard if you are having difficulties remembering the key positions in Windows 10

Yeah its my problem too :D

I use this site https://russian.typeit.org/

I have samsung smart Phone. Download the keyboard. Go to settings

Use SwiftKey keyboard if you're using android. Easily add dozens of languages.

If you learn the russian alphabet and the latin alphabet equivalent, then typing in Duolingo is so much easier. Instead of typing радио, you can type radio.

I read that in Werner Herzogs voice.

"Luke, I am your father"

You Russian learners are the funniest

hes talkin to his step dad

in boy voice you're not my daddd

I knew this would be here XD

I said it in his voice when I read it

Luke i am your father

I think that the Russian spelling of your name would actually be Жошуа. :-)

and what could be mine? My name is Erick Alejandro

Sounds like Eyaik Alekhandra. Well at least now i know to read it. Thanks.

What is the difference between ты and вы ?

"Вы" is "you" as a plural or a pronoun used to respectfully address someone.

Does it have the same relationship as Tú and Sú in spanish?

To the best of my knowledge, basically, yes.

Even more so, it seems to be exactly cognate with the french words tu and vous in function and similarity.

Yep, they both come from the same Proto-Indo-European words (túh₂ and wos, respectively). It's funny how their meanings still align perfectly to this day, even after thousands of years of almost completely separate linguistic evolution.

we had to go to вугал if we didnt talk russian at home.

I am not aware of any instances of "thou" being used as far back as the 1800s, outside of references to the King James Bible or Shakespeare. I don't know how far back it went out of fashion but it's at least dead by a few hundred years.

One is used for respect the other is casual

That's really the long and short of it. A person you've never met would be addressed with вы, as would say meeting your girlfriend's parents for the first time (or all the time tbh), ты would be used to address a friend or someone you're on, well, a casual basis with.

Whats the differnce between не and нет?

So, I'm struggling a bit more because I dont know the letter names. Will this program, or another, teach me them? If another, please comment the app or program please.

when will he find his father? find out next time on....law and order duolingo investigations

Search your feelings, you know it to be true!

There's a connotative difference between dad and father. Duo's probably just being picky about that difference here

Can anybody tell me the difference between моя and мой?

I laughed way too hard at this honestly

From the Russian translation on Star Wars.

What is the difference in pronunciaton of и and й?

I guess it's something like "и=e (or the German i)" and "й=je (or German ji)" but I'm not quite sure as I am not a native Russian speaker.

Sebastian Stan am I right?

But Vador. You are not my рара

luke... i am your father

YoU're nOt mY dAd screams

What's the difference between не and нет?

How do you know when to use мой Instead of моя Or the other way around?

By learning every single noun and what gender it is. "Мой" is a male pronoun which is used with male nouns. Same goes for "моя" (female) and "моё" (neutral). Most female nouns in Russian end with the letters -а/-я (весна, душа, пустыня) or the letter -ь which makes the previous letter soft but is not pronounced (мысль, ночь). Thus, it'd be "моя весна, моя душа, моя мысль, моя ночь" etc. Most neutral nouns end with the letters -о/-e (окно, пианино, пальто, ведро, болото, золото, солнце, озеро, варенье), means "моё окно, моё солнце" etc. But beware that the male nouns can be also made the very same way as the female ones, they can have the same ending vowels (дядя, папа), or the other way: not having vowel letter at the end which also means that it's a male (сон, нож, муж). Unless you were born here, you should learn every word to make sure it's the right gender. And the gender of a noun can change depending on the context. For example, we can say "плакса" speaking of a boy, though originally it's a female noun meaning a person who cries a lot. I am really sorry for those who want to learn Russian. It's a challenge I wouldn't except if I were not born here. I hope I helped at least a little (though it seems like I made things only more complicated). Anyway, good luck!

What is the difference between "HeT" and "He"?

They have a family issue :v

I am supposed to write things in Russian but there is no Cyrillic keyboard provided.

The real question here is it more appropriate to use Ты или Вы in this situation? ;)

I love this language

I don't have a Russian keyboard but I type in TbI just like the top and it is wrong, how do I correct it

Tysm this helped me

I said 'Ть' and said it was right, but mist spelling, which was 'Ты'

does ty mean are you and you are

"Ты" is just "you" and "are" is omitted in present tense.

Is it ты for asking? Or…

Someone answered above, it is casual and the word with the "B" is formal... Came here just for searching this, hehehehe

whats the difference between й and я?

of all the sentences you could possibly use in Russia, in what case would you actually need this?

Could anyone please write in english how is "тьй

My keyboard doesnt have the second letter in the word you... Or am I missing where to get it??

Have to enable Russian keyboard to type it. Alternately you could find a website thatt allowed you to copy Russian letters to the clipboard and do it that way.

so the meaning of Ты is interchangeable between "you are" and "are you"?

"No Buzz I am your father." Dun dun dun

I cant read this without watery eyed screaming

How do you say "teenager" in Russian?

What is the difference between мои а моя?

I put the same answer but its always wrong??

still the best thing on duolingo <3

I cant stop thinking of your not my dad vine.

What is the difference in pronunciation between Tbl and Bbl??

This is hard. The pronunciaton is even harder, can someone tell me what exactly is ''ы'' i am a bit confused :)

Translation: You ain't the boss of me!

When do you spell he vs het?

What is the diffrence between мои and моя?

This was answered above, but it's masculine (мой) and feminine (моя).

What is the small b letter used for and how is it pronounced? Could someone please explain this to me?

Someone should tell that to the creepy owl whos always watching

Get out of the tank! -You're not my dad!

Why can't I use "v" instead of "ty", since we are speaking to a grownup / potential father?

What's the difference between вы and Ты?

It us better to say 'Вы не мой папа.' To strangers

What's the difference between и and й again?

What is the difference between не and нет? I used the second option and got it wrong.

My phone has difficulty swiching keyboards and i can barely type russian. Idk if theres a setting or something, i have an LG aristo so if anyone can help that would be lovely.

Is this a common phrase in Russia??

Can someone help, am on Samsung S9 if it helps

WHY IS THIS SO FRUSTERATING!? I'm typing in the right letters but no Duo wants a Russian keyboard. I'm sorry you crazy green owl but I DON'T HAVE ONE!

Why us it HE and not HET?

How can I write this? I don't even have a russian keyboard, wrote "tbi" and it wasn't correct.

I don't even have a Russian keyboard, how can I suposse write that?

I tell my freinds at there home ето мои лом

I don't have a Cyrillic keyboard!

Sorry, I have a question: what's the exact difference between "мой" and "моя"?

Отец should also be accepted

how is my virtual Russian keyboard ? :D

I can't write in Russian. where should I look for the alphabet to be able to write, thanks

I don't have a Russian keyboard so I couldn't answer this....

I don’t have a Cyrillic keyboard on my ipad

How do I get the Russian alphabet on my iPad? I’m stuck!

I need a Russian Keyboard.

now I can sound like an entitled rude teenager in Russian

There is no way to enter russian script

I cannot seem to type in the correct answer for "you".

I don't understand. How can I type in Russian when I don't have a Cyrilic keyboard?

How do I type Tbi on a English-language typewriter?

What is the difference between ы and и? Are they both pronounced as "ee"?

If I had a ruble for every time I've needed this line....

How do you write Tbl using english letters?

Ты не Рон. I hope someone gets that

I am having trouble with this one. Ты не мой папа is what I write, but obviously I need нет. When do I use не versus нет?

It is unlikely that such an assertion would be made by someone to their real father, and, in making it, would hardly use ты in any case. вы is accepted, and feels to be the proper form for this strange scenario.

You are not my real dad and you never will be

But you're my sugar daddy! Badam tuts?

What do you mean? Which word or words?

Seriously.... who the hell needs to learn this in a beginner course to russian.. you are not my dad haha... weve not even said привет (hello)

Duo is not really a travel/tourist guide of phrases.

I find the lack of "hello, goodbye, thanks, where is the American embassy?" refreshing.

Learn Russian in just 5 minutes a day. For free.