I take it Ты and Вы is the same as French's you "Tu" and formal you "Vous" respectively?

Could you explain that for people who don't know French, please? :P

In French, 'tu' would be informal whereas 'vous' is formal OR used as a plural such as 'y'all', but here I believe вы is only singular and formal here. I suppose one would use вы in business transactions or just to show a general emotional distance between you and the person you're addressing (eg. talking to a boss or an adult with whom you're not familiar). ты would be used for close friends or family, children, animals, and probably any deities they worship.

No, "Вы" is also plural you. I don't think you can tell from this sentence if it is singular or plural, can you? http://dictionary.reverso.net/english-russian/you

Correct,it's all about context,but you'll find sentences like this one that leave it undefined

Or, for examples from other languages...

In German it is du / ihr. Sie is either "she" or "they" depending on the conjugation of the verb.

Edit: course notes say that this distinction is often made but not always and is not a standard difference -- polite "вы" does not have to be capitalised to be grammatically correct.

The same applies for Portuguese.: "Tu" and "Você"

no, it does not. we don't have a formal you, like French and German. tu and você are interchangeable.. both are singular and informal. the only difference is the conjugation.. "você" conjugates like ele/ela (he/she). and the plural you is "vocês" (just forget about "vós" ^^' nobody uses that), also informal. you can say "o senhor / a senhora" to address someone in a formal way.

we don't have any respectful pronoums in portuguese, "tu" and "você" are the same (at least on brazilian portuguese), but Вы it can works as a "Senhor/Senhora" or the german "Sie", the Ты is like "Du"

Thank you! That helps me understand it so much better!! :)

Thanks! I would have never thought about it on my own.

Rly i wanted to ask the same thing so tbi is informal and bbi is formal???

As a native Russian speaker, I understand that Вы is two things. The first is 2nd person plural. This is equivalent to "you all" in English. The second is 2nd person singular formal. This means the same as Ты, but used for somebody with whom you aren't very acquainted, or somebody who you treat respectfully.

For those that know and understand thou in English:

Correction: In German вы would be ihr (second person plural) or Sie (with capital S) formal for you, while sie is они - they - ils.

Just trying to help! I believe it'd be:

Having learned German, I wonder, is there an equivalent to "ihr", or does that always take "Вы"?

Oh so the second one is used when your talking to only one person? Thank you!

When speaking to someone in Russian, how do you determine whether or not they are asking a question? As I understand it, this sentence is spelled the same in both cases, but to phrase it as a question you place a question mark at the end. Do you just listen for inflection?

The intonation is different. TTS sucks at that, by tne way. I'd recommend searching YouTube for lessons made by native speakers.

...would this sentence be on one of those building/location maps? (The ones that inform you, at least in English, in the US, "You are here")

Why is there a D in that Cyrillic word? What language is that?

I think @allintolearning is referring to the image you get when you click on the link -- the anti-hotlinking image that says "Ты увидишь мир! Большие фото" with a д that looks like a D.

You have to take the link, copy it, then open a new page and paste it into the location bar -- best if done in a new browser that you haven't used to click on it as it seems to remember that and will keep showing you the anti-hotlinking image.

So is this a programming glitch that causes it to appear that way? The words definitely translate as Russian when I replace the D with a Д. I was surprised to see a Latin letter in among the Cyrillic letters. I thought maybe this was another variation as there are letters in Ukrainian that are not in Russian.

Edit: Thanks below, micro12345, I knew it was not Ukrainian, but there are a lot of other languages that use Cyrillic letters that I did not know about. I didn't know it was used in the handwriting style, so Thank You!

There's no Latin D in the Ukrainian alphabet, though they do have д. It can be written like that handwriting style. May be just a style of font they use?

(Fixed the link to a new one that should work now.) 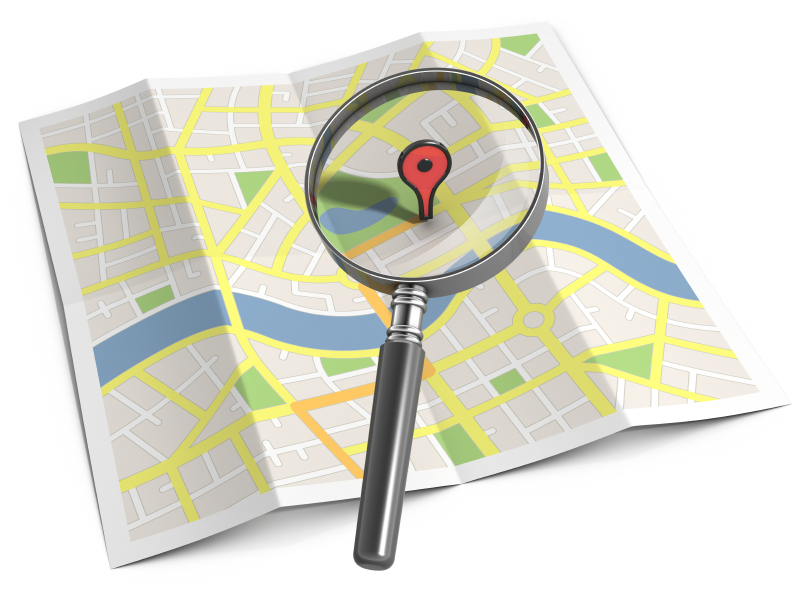 What is the difference between вот and здесв? Both of them mean "here", correct?

I think one is used with objects (вот), the other with persons (or countries, things with a name)(здесь)

Wish they could say it slower

What is the difference between вот and здесь?

"Вот" — we can use this word when we give something to another person. For example, "Вот, твой кофе"

"Здесь" — we also use this word when we show the place or speak about the place. For example, "Здесь автобусная остановка".

Are these both singular?

Sometimes, the formal form is capitalised to show respect (Вы).

This is correct. A minor note: Вы is only capitalized if used as formal singular. I know that some people consider it archaic. http://new.gramota.ru/spravka/letters/51-rubric-88

Never when it is used as formal plural?

I find astonishing that they slow audio sounds absolutely like some who is very drunk!

Isn't Тебя also you? That can get confusing

Yes, in the genitive or accusative case.

That can get confusing

Indeed. The fact that English distinguishes "I, me, we, us" but not "you, you, you, you" is rather confusing to an English speaker learning another language.

Can someone explain to me the difference between здесь and Где? Are they just simply a statement and a question respectively?

Yes, like the difference between "here" and "where?" in English.

Is there a Russian equivalent to syaing 'here you are' in English?

Do Russians always capitalize the first letter of the first word in each sentence, just like we do in English, and do they always end the sentence with a period? In my Russian cyrillic keyboard on my phone and computer, I can't find a period.

I am croatian , then russian is easy to me, becouse croatian is like russian ( only in voice but...)

Can "вы эдесь" be said in the way that english speakers say "oh, here you are" or is more of a serious/factual "you are here" type of phrase.

What's the difference between Ты and Вы?

Please read the other comments on this page.

Did anyone else have trouble with the audio on this? To me it sounded like вои.

I answered "here you are", isnt it right ?

"You all are here" should also be correct, no?

I'm not able to pronounce "здесь" . It's not clear to me plz help

How would you pronounce "Vy"?

Здесь те? Is it also correct??

Hm... I would say that "вот" can only be used in spoken speech, accompanied with finger (or other object) pointing. Kind of country talk. Also, it would go first in a sentence, like "вот вы". Also, it has other uses, e.g. "вот повезло" - "got very lucky". Correct me if I'm wrong.

If you'll wright "сдесь", it doesn't count as a typo But it must be

So would the phrase "you are all here" or "you all are here" would still be correct? When read, how can you tell the difference between if it is formal or plural second person? Is it just context?

how can you tell the difference between if it is formal or plural second person? Is it just context?

You here? Is correct

You here? Is correct

That's not correct Standard Written English -- there is no verb in that sentence.

That may be how you would speak to your friends, but it's too informal for an educational context such as a school essay or a Duolingo answer.

Could you use this as an exclamation, like if youre waiting for a group of people and they finally show up, you say 《Вы здесь!》

If you learn bahasa Indonesia, Ты and Вы is similar to "Kamu" and "Anda"

This is incorrect. You all are here would work.

I feel like "y'all are here" should be accepted

Interrogative vs. Declarative is IMPOSSIBLE! Are you here? vs. You are here. Is IMPOSSIBLE to differentiate! Or I'm an idiot!

Are you here? vs. You are here. Is IMPOSSIBLE to differentiate!

You can use punctuation to differentiate.

any one picture those maps on the wall of the mall "You are here." with the little arrow

Yes, what's the difference between Вы and Ты?

Yes, what's the difference between ты and вы?

What is the difference between 'вот' and. 'здесь'

What is the difference between 'вот' 'здесь'

I said "y'all are here" and got it wrong. Is it not plural? Also wouldn't it be important to denote second person plurality to help learn the grammar? My Latin teacher always taught us to say yall if something was 2nd plural.

it's pretty ❤❤❤❤❤❤❤❤ to lose a heart over a pronunciation error, then get the same question again at the end and potentially have to stop learning just because you don't have duo plus and your pronunciation sucks, especially considering duo doesn't really teach pronunciation all that well. The option should be repeated with as a text selection rather than pronunciation.

I can't understand this question

The only thing I'm confused on is placement.

The only thing I'm confused on is placement

In здесь, the last 'ь' is "iiiii". Then why is this pronounciated as 'zdees'

I hear who is this in a russian accent lol

Can anyone tell me how to spell эдесь ?

Can anyone tell me how to spell эдесь ?

I put "here you are"im correct arnt I?

I think the answer should be:They are here

It sounded like she said "what's this?" And that threw me off a bit.

That sounds, in English, like some passing someone an object, rather than telling them where they are.

I wrote "U are here" but it says it has to be "You are here." My answer is right.

No. "u" is not the correct spelling in Standard Written English.

Why is "They are here" not accepted as a correct answer? The context of Вы здесь does not point to either a group of people or a single person, or does it?

They are here = Они здесь

The voice recorder is broken

here you are should be accepted....smh

That would rather be "Вот вы где!"

sooo... What's the exact difference between Вы and Tы?

Why not read the existing comments before posting?

they gave examples on french, and i dont even know french.

Just read a bit further, there are explanations :-)

Have a look at the course notes + tips for "names and polite you": https://www.duolingo.com/skill/ru/Phrases2