Duolingo, maybe a bit too much stereotyping. Every second sentence is about someone eating borscht.

This is one of the first lessons. At this point they have only introduced a handful of words. You have to progress in the course if you want to learn more.

gotta have my borscht tho

YOU TAKE THAT BACK!!!!!! BORSHT SHOULD BE THE SOLE REASON YOU ARE GOING TO RUSSIA!!! its so good

who said I was going to Russia?

Took a good solid five minutes for me to figure out how to pronounce пожалуйста.

Ж is approximately s in leisure. :)

or g in mirage

its farther in the back of your throat though.

the only part of the mouth farther back than this that makes the 'j' sound is with the back of the tongue up like a 'y' sound... or maybe some sort of voiced 'ç' sound...

or the letter j in french :D

Heheh it's easy to me because in Serbian you have ж,х,ч,ш,б and those main letters too

This is driving me crazy, why is the й not pronounced!? It's as if it's not even there!

There are some words with un-pronounce letter in Russian. Usually they appears if there is too much consonants together.

For example, we write "солнце" (sun), but it sounds like [СОН-цэ], without the "Л" (notice: 3 consonants together — л-н-ц). Even native speakers can't explain why (may be, only linguists can). But "Л" is pronounced in similar words, though: "солнечный" [СОЛ-нич-ный] — "sunny".

I suppose that "пожалуйста" takes origin from the word "пожалуй" (it has complicated meaning, from very polite and affable form of "come" to "perhaps, very likely" and even "pay salary"). "Пожалуй" sounds like [па-ЖА-луй] and you really hear the "Й". But when "ста" was added to "пожалуй", "й" became un-pronounced (and again: й-с-т, three consonants). So usually we pronounce it like [па-ЖА-лу-ста] or even [па-ЖА-ла-ста].

Note: the un-pronounced consonant is not a rule, it's some kind of exception. Usually 90-99% words with 3 and more consonants are pronounced with every consonant: естество (nature) — [ес-ТЕСТ-во], you can hear all the с-т-в "chain".

Thank you for your explanation. About your final note though, I think this has to do with syllable boundaries. You did cut the syllable between [ст] and [во], aftee all.

The same can be observed in English. Compare “knowledge” to “acknowledge”: the letter 'k' is silent in the first word while it is heard in the second word.

Just my two cents, really. I know next to nothing in Russian but took linguistics at uni.

Is the letter k heard in acknowledge, or is it the c that is heard?

The c is technically the one that is heard, its like you can split it into "ac" and "knowledge"

Й is a consonant and not a vowel?

isn't it just pronounced borsch (without the t)

Yes, it is. There is no T in original word: "борщ". Well, I have never seen the "borschT" version until I came to Duolingo.

That spelling is thanks to the Yiddish language.

exactly!! I know what borshe is but this spelling is different everytime!! 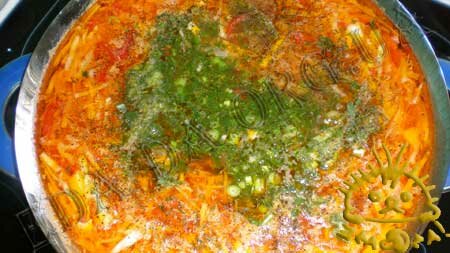 It is almost at the uncanny valley... somewhat like it is climbing out...

In some American movie there was a clever boy who explained what a borsch was. But he added that is should be served cold which made me laugh. Borsch should be hot and most people prefer to add sour cream inside.

No, that is cream not cheese. In Russian it is called "сметана".

This is the philosophy of Ukrainian cuisine.

when i looked it up it said it's "sour soup".

why does that disturb me?

It can help you, guys:

Oh god, there is no T at the end of борщ

Can Duolingo please not spell "borsch" as "borscht"?

I meant the pronounciation of the letters

Could we say "A borsch"? "Some borsch"? (Sorry, English isn't my mother tongue, so I don't know if one may count "borsch" or not).

[Nat Speaker] No, Borsch is like water or money. It flows in our veins. Some Borsch - acceptable

So does пожалуйста have two meanings? Like, it's used interchangeably as both "please" & "your welcome"? Or is there a more direct translation for either phrase that's different?

Yes, it works the same as some other languages. I think there is a similar word in german, taht can be used either as a "please" word or as a "you're welcome".

Precisely correct — bitte can be ‘please’ or ‘you're welcome’ depending on context.

Imagine a brief conversation with the waiter at a restaurant:
Soup, please — Here is your soup.
Thank you!
— You're welcome.

Wouldn't a correct, and more formal version of 'You're welcome' be "Gern geschehen"

Note: I looked it up in DuoLingo's translator (linked to Google Translate) and it said "Gern geschehen" is the equivalent of saying 'My pleasure' in English... is this so?

Is there a word for no thank you, or is it just "net, pozhaluista"

"Нет, спасибо". Exactly the same words as in "no thank you".

All my life I've seen the word spelled "borsht," but Duolingo thinks that's a misspelling. Weird.

HELP why is this so funny to me? Like, I just imagine someone being like... "borscht... please... borscht".

What is the exact way to pronounce пожалуйста. Pasago(y)sta? Witouht the 'y' sound in й ?

Ж is pronounced more or less like S in Pleasure

The difference between borsht and borcsht, please?

There is no difference, just different ways to spell it (borscht, borsch, bortsch, borshtch, borsh, ...)

It is borsch not borscht

In English it is, as I understand it, more polite to use "May I have (some) xxxxx, please." But that's judged as incorrect. Translating these stub sentences is driving me nuts.

This is how I would break the word "please"- пожалуйста, in to spelling syllables: по-жал-уй-ста. Please correct me if I am wrong. Thank you.