"The dog and the cat are house pets."

why not домашних животних here?

Because in Russian, sentences of the form "X is/are Y" are written "X - Y" and have both X and Y in the nominative case. Your form, which looks like genative, should be домашних животных

In every language with cases I know, the verb "to be" commands the nominative. Even in English, where cases only really exist for pronouns, this is the case as well. That's why even though "it's me" is commonly used colloquially, "it is I" is the proper way to say it.

I should have read further before repeating what had already been said. My apologies.

The rules that people are talking about below also apply in formal English (although they are usually ignored in everyday speech). Formally we should say: It is I, not it is me.

Normally, when you are talking about cats or dogs in general, you use the female forms - кошка, собака.

The English that we are translating doesn't give off a general sense at all, at least not to me. If I were speaking generally, I'd opt for "dogs and cats"; this seems rather like there is a particular dog and a particular cat in question and someone is asking whether they're feral.

I think what Olimo meant is that the default gender for cats and dogs in Russian is feminine. It's the same for cows (vs. bulls) in English.

Ok, good to know, but that's not what the situation is here; it's "the dog and the cat" which is completely different.

You are right. In some cases we may speak like that, not usually about dogs and cats in general. For example we might say the liver and the kidney are organs. But we usually say cats and dogs are pets. So apparently in Russian they use singular form for expressing generalizations. I remember previously: курица - это птица. Translation accepted was a hen is a bird, not hens are birds. We could say either, but the hen is a bird would belong in a science book.

On the multiple choice part I saw the option "Собака и брат — домашние животные." I hesitated there for a second. ^^ 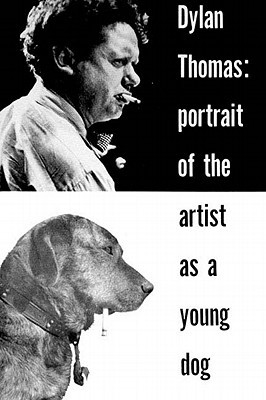 Why is it домашние and not домашные? Does the 7-letter rule apply at a distance?

Hard-stemmed vs. Soft-stemmed Adjectives
Although this comment addresses two genitive words, the information provided will answer the question posed. I copied and pasted it, because I don't have time to redo the whole answer, but the information is here.

I noticed that домашних and животных have different endings (-их vs. -ых) but they are the same case and number (neuter plural - gender is irrelevant to plural adjectives), and домашних is an adjective which modifies животных.

Why don’t they have the same ending? Why the different endings? In an article on adjective endings, I found some tables containing these plural endings:

In comparing these endings to домашних and животных, it seems that each has added "н", to make the endings -них and -ных. If that's the case, that helps explain the hard/soft distinction, because the stem for домашних would then be домаш- (ш is a soft consonant) while the stem for животных would be живот- (т is a hard consonant). It's just that none of the tables I've seen so far list the adjective endings as beginning with "-н".

Anyway, the hard/soft distinction is apparently why they have different endings - I'm pretty sure.

Also: the Russian Spelling Rules apply to adjective endings, so, e.g., -ым might be respelled as -им.

"the cat and the dog it is a pet"? In Russian when defining something in the form "X is Y" the dash represents the verb "to be". You don't need "это" there because you already have that implicit "to be" verb.

Yet one of the recent exercises in this same set is:
"Волк — это животное"

Is Duo wrong here? Should I report this if I come across it again?

When you say Волк - это животное, it looks like you're a teacher who is talking students about wolfs.

In a previous lesson we had "курица—это птица" as well.

OK, but what about the comments above? Is it good Russian or not? Is it "too" good, like it's something an encyclopaedia would say but nobody would say on the street?

Домашних животных shouldn't be right? Isn't it in plural? Because it says "are house pets". It is in plural.

It is, but it's also genitive.

Can be used "это", but in this case this is unnecessarily.

Good question, because I just did the following exercise:
Волк — это животное

Other comments have indicated that use of Это here is not just redundant, it's wrong - but Duo doesn't seem to think so in other similar exercises.

What case are these words ''Домашние животные'' in?

Why are they treated as adjectives? Pet, животное is a noun. I can't see a that a rule governing this has been explained.

It's not a rule per se. Some nouns have the form of adjectives. So while they are nouns, they decline like adjectives. The classic example is мороженое, ice cream.

How do I know which nouns? Just with experience, learning? Thanks for the reply.

Yes. The ое ending is an adjective ending (singular, neuter).

And how do you know what ends to put in plural as домашнее животное do not have adjectives ends.

Домашние is an adjective.

My translation was marked wrong about six times until I used a full em dash instead of a hyphen, which is normally accepted. Did anyone else have this issue?

Not using the hyphen at all works fine for me.

Are the words "пёс" and "кот" unknown to the compilers?

"кот" : see answer by olimo above. "пёс" : might be likewise, but also it hasn't been taught in the course (yet). It would be a lot of work (volunteer) to add all synonyms of everything, so I think they stick to what's been taught.

I do not understand nominative, accusative, genitive cases or adjective endings on nouns. Where can I go to study these in a simple way? I'm really starting to get seriously tripped up as I advance without a clear understanding of Russian Grammar.

There are tons of Russian grammar resources and endings charts online, a search will find them. Duolingo is great for drilling but not great for teaching.

Yes, good points, both. I wish that Duolingo would have some drills on declination tables themselves, even as an optional branch. I think that would be pretty cool.

This course is heavy on grammar. I bought the Oxford Russian grammar and verbs which has helped me. I follow a vlogger on youtube called 'bald and bankrupt' who speaks Russian. He advices that you can get around Russia and be understood without obsessing about grammar, and he does, learn as much vocabulary as you can. If you have the stem of the word you will be understood. Keep going though, this course is worth it.

Mr Bald is great, love his content. I liked that video of his you referred to, and it gives me hope.

Животные is the plural form of животное. This is an unusual type of word because it comes from the adjective животный. They took the singular neuter form and made it a noun, but all the endings still use the rules for adjectives.

Fantastic. I had 4 spelling errors and my answer was still accepted! At least I got и right!

It's because домашний is a soft adjective, just like soft nouns might have a plural in -и rather than -ы.

See near the top Olimo's comment In general cats and dogs in Russian is собака и кошка. If you say кот i believe it's saying the dog and the male cat. Kowka covers it!

Is it fine to leave out the '—' or do you always need to write it?

Hello, I just answered that a cat was a domestic pet and was marked wrong and translation given was domestic animal - so OK although I was sure that in earlier lessons the answer was pet. Now we have the dog and the cat are house pets - so is it the domestic bit that causes the problem? So either domestic animal or house pet?

You wouldn't say "domestic pet" in English. The literal translation of the Russian words would be "domestic animal" which can be translated in it's entirety as "pet" or "house pet", or left as "domestic animal". There is no single Russian word that means "pet". Because it is the two words together which mean "pet", you can't leave "domestic" as-is and only translate "animal" to "pet". It's all or nothing.