Translation:Cats and mice do not cook.

This might be one of the best conversations I've seen on this site ;D roflol

Gusto says anyone can Cook

note: There are no different words for rat and mouse in some languages like Turkish and Indonesian, yet Russian isn't one of them.

Noo, Turkish has a different word called "Sıçan" (Sichan) (one that poops) Just people do not really know the difference between mouse and rat because they do not see those two in their lives, so they use mouse (fare) for two generally.

In Porruguese it is also like that, but i believe everybody says rat, because the word for "mousex is too damn long!

I would put it more this way, that sone languages are lazy anout distinguishing between some pairs of amimals. ..say frogs & toads or hares amd rabbits, doves and pigeons etc. Finnish is an example - I'm not saying there ä not soecific ways of distinguishing ..just that either the language or its speakers to not easily stress which is which ...or don't lnow or care. More amusing I find it than any nig deal!

Remy and cat chef never got along XD

Well way to put them down.

Is this sentence literally saying the animals aren't cooks, or is it supposed to be a saying about how cats and mice don't "mix" or can't "make it" or something?

The first. The sentence is rather straightforward.

Thanks! I wanted to make sure I wasn't missing something. I appreciate the clarification!

So no need to look for a hidden meaning here? :-)

Yes, I was just making sure it wasn't a metaphor. Thanks for the input!

If I didn't know any better, I'd think that this was some timeless, pithy Russian proverb.

What a plot twist...

I learn so much more than just Russian here! 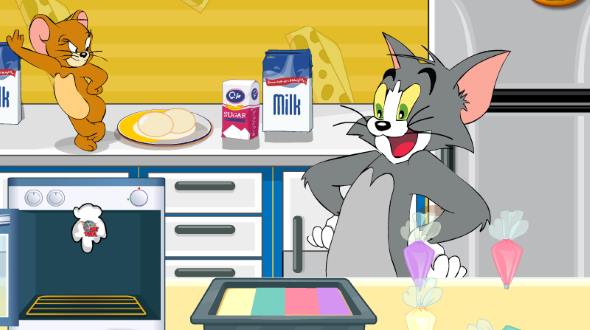 Can кошки work as the plural of кот and кошка, or does this sentence only mean "female cats"?

Usual disclaimer: not a native speaker.

Generally speaking, in Russian кошка refers to a female cat or to a cat of unknown sex, кот refers to a male cat. So кошки can mean female cats or just some cats of mixed or unknown gender(s), but if you wanted to specify a group of male cats, you'd need to use коты.

It isn't universal, but in Russian some of the common names for animals, the ones you'd use if you didn't know the animal's gender or it didn't matter, are feminine rather than masculine, the opposite way round to, say, French. So:

собака is a dog, but пёс is a male dog
кошка is a cat, but кот is a male cat
лошадь is a horse, but конь is a male horse

Лошадь, кошка & собака are all perfectly fine to use as general words, if you don't know whether the animal is male or female or it doesn't matter.

By no means are all the general terms for animals feminine, I don't even know if it's a majority, but there seems to be a stronger tendency for it than in a lot of other languages, where it's more usual for the masculine word to also be the 'general' word for most (all?) cases.

Sarah, it's interesting and thank you for this. There're such similar grammar rules also in my native language (Serbian):

"коњ" is a male horse, and "кобила" is a female horse.

Пас, мачка & коњ are used as general words, if you don't know whether the animal is male or female or it doesn't matter.

I was wondering why лошадь was a feminine word; this makes a lot of sense. Спасибо!

It seems to me that Russians have a tendency to put to the female form anything they have a positive emotion for, hence the female form for all diminutive names, even for males.

Is this a common pattern you find elsewhere in the language ?

I am not a proffessional in the history of the Russian language anyhow... Still, the modern system of declensions and genders is the result of the decay of the old one (~800-1000 years ago), where declensions were far less aligned with the grammatical gender. Masculine nouns ending in -а have a long history. It is more than just diminutives.

... honestly, I'm not sure it's a pattern I've ever noticed, in that sense. It just happens that Russian uses a different pattern to what many other languages (even other Slavic languages - in my experience, the forms like кіт for cat in Ukrainian or pies for dog in Polish seem to be the 'general' form of the word) have for animals. It's only really odd if you're not used to it, though. There's no particular reason that the masculine form should be the norm in any language.

(I found it weird going to Polish and Ukrainian and discovering that the male form was the norm for so many animals where I was used to the male form being specific to animals one knows to be male! Tripped me up a few times.)

I don't really think of male diminutives or words like мужчина as feminine in any way, they just happen to decline like feminine nouns.

I don't know, like Shady_arc I'm no a language historian, but I believe some diminutives don't have distinctively 'feminine ending' forms (I'm not certain of this, and it's late and I can't come up with examples off the top of my head, but I think there are a few out there that don't have the typical Саша Паша Серёжа sound that ends in A), and I know that it's possible to form pejorative diminutives (not just affectionate ones), and that many of those diminutive patterns would also end in the same sound/would decline like a feminine noun.

I don't think pejorative diminutives are nearly as common as affectionate ones (certainly, I've never heard them as much in Russia or talking to Russians as I've heard positive ones or as ones that are just the standard shortening of a formal name), but to me that seems to suggest that affection = feminine ending may be a little simplistic.

Thank you for this thorough answer.

BTW: I am not sure I am understanding your sentence:

"(I found it weird going to Polish and Ukrainian and discovering that the male form was the norm for so many animals where I was used to the male form being specific to animals one knows to be male! Tripped me up a few times.)"

Nay, she said what she meant. In Ukrainian the masculine кіт (feminine: кішка) and кінь are the names of these animals. Their Russian analogues кот and конь are male and/or enjoy some specific use for a specific purpose (for instance, конь is still the basis for other words like конюшня "stable" or конный "equestrian"). At least in modern Russian, the normally accepted generic words for species are кошка and лошадь respectively (the latter being a Turkic loanword of old).

P.S. The Ukrainian і is pronounced just like the Russian и ("ee" in "meet"). И, however, corresponds to something like "i" in "hit": sort of like Russian ы, but closer to "ee" in "meet" than it would be in Russian.

Yes, what Shady said. I was working under the erroneous assumption that the female term also being 'generic' was common to Slavic languages and would follow through to others, but it isn't and doesn't.

With the disclaimer that it's been a reeeeally long time (16+ years) since I studied it, I seem to remember Croatian also using the male forms as the generic animal name.

I didn't realise that Russian is - or at least seems to be, I can't claim I've done an exhaustive study here! - the odd one out,

This seems similar to how there is horse, mare and stallion in english though horse can be either female or male and is never assumed.

The creature you display is normally referred to in Russian as a Yush. Cuddly and cute, but with spines on the back to defend itself from predators.

(You just reminded me of possibly the weirdest sentence I ever learned in Russian, an example in a grammar book; "Шурка долго шёл лесом, унося ежа подальше от жилья." - Shurka walked through the forest for a long time, carrying the hedgehog further and further from the dwelling. I can't guarantee how accurate my translation is LOL...)

Кошка is also the name of the species, so it means cats in general, regarless of the gender, unless you somehow make it clear that males are not included.

Not every species has a word for a male and a female animal (most do not).

A female dog, a lady-dog is the right translation of a word "сука" (самка собаки).

would it be correct to write "cats and mice are not cooking" ?

But it sounds strange in English, doesn't it? Either "The cats and the mice are not cooking" or "Cats and mice don't cook".

Yes, готовят is just the third person plural of готовить :)

Is this sentence a metaphor or has some idiomatic meaning?

Unfortunately not, despite the fact that it sounds like an idiom...

Please dont let them, they make a mess

How to say "A cat and a mouse are not cooking"?

How would you say "Cats and mice CANT cook" emphasizing that they are unable to.

so, which would You use?

Like I said, it's contextual. Мочь is to be physically unable to do something, and would make more sense in reality for this sentence. Уметь refers to a person's ability and know-how to do something. For this sentence specifically, you might use or hear that in an animated movie or children's book about animals that behave like people.

Ahh, I finally understand! Thanks a ton! ))

What about Tom and Jerry?

The audio makes it sound like it's "готовит" rather than "готовят". But you can correct that from context, since the former is inappropriate.

The mice in Bagpuss did, though.

There is no "Not" Word

I mistranslated this to: Cats and mice are not cooked.

This is only half true

I'm not sure if anyone else agrees, but I would find it extremely helpful if when introducing these new words that they would also show the basic version somewhere as reference, ie: готовить (to cook)

Кошки мыши не готовяэт Cats don't cook mice (as in they eat them raw) Would that be a correct sentence? That's what I heard, couldn't hear the и between cats and mice...

@dfggh4 - It is going to be a little more complicated... Мышь (мыши in the plural) will be in accusative case because they are going to be the direct object of the verb готовить. IE, the verb (the action) is acting directly on them.

One mouse, мышь in accusative will still be мышь, because of the soft sign. But many mice, мыши, will become мышеи.

So you get "Кошки мышей не готовят" if you want to say "Cats don't cook mice".

This sentence is a lie, I watched a movie with a rat.. Ratatoui and he was the best chef in the movie.

You mean Tom and Jerry lied?