Everybody should watch this. It's a perfectly good example of pronunciation as are many songs in other languages. Different media always strengthen understanding of language :) 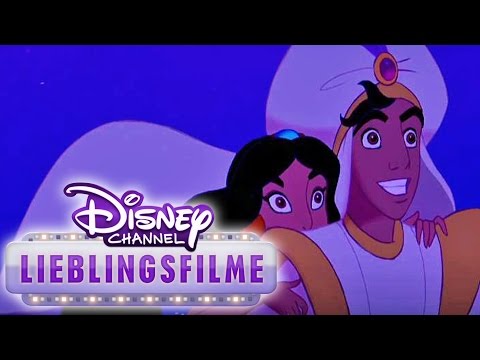 Vielen Dank. I almost understood that.

I'm upset that the comments are turned off...

Does anyone else get an Aladdin vibe here? :)

I was gonna say, "Jasmine, is that you?"

My mind is a little dirty. That's not the first thing I thought.

Shouldn't the informal command be Zeig mir die Welt, instead of Zeige?

Both are possible. In this particular example I'd prefer 'Zeig mir die Welt' but this is completely a matter of taste.

From what I've read, the -e form of the du imperative is a bit more old-fashioned.

this is a perfect comment! who would downvote it?

why "Show the world to me" is wrong?

@maximjoker : Should be okay. Report it.

Why not 'Zeigen mir die Welt!'?

"Zeigen" by itself is an infinitive form ("To show me the world"?). To form this command, we need the imperative form "Zeige."

We could, however, use "Zeigen" in a formal command. In this case, we must add "Sie" after the verb ("Zeigen Sie mir die Welt").

Oh, so imperative verbs without subject drop the "n"? I am also confused by this.

So there are three forms of the imperative: one for "du," one for "ihr," and one for "Sie."

Du: "Zeige mir die Welt" (we can also drop the "-e" here: "Zeig"; either form works for most verbs, but for some verbs one or the other may be more common; so, yeah, this is the same as dropping the "-(e)n" from the infinitive form)

Don't you dare close your eyes

I would, but some British vampire is hiding it somewhere in egypt.

Zeigen requires dative? That's a surprise... Is it because it's something like "show something to someone"? I always thought as "show someone something"

Exactly. The "someone" is not what's actually being shown (i.e., what's being displayed/demonstrated), so it's an indirect object and therefore dative. The "something" is what's being shown, so only it is accusative.

And I thought I was the only one who first though about Jojos! Nice.

This one requires the exclamation mark!

"Zeigen" is a verb. Verbs don't get declined (i.e. there are no cases for them).

Wataya - wouldn't zeigen use a dativ/dative pronoun so even though the verb itself is not considered declined, the pronouns that are used with zeigen would always be dative? mir/dir/ihm/ihr etc. Is that was c3230 was asking?

The verb is "jemandem etwas zeigen", i.e. "jemand" in dative and "etwas" in accusative.

Why is Zeige taking the "ich" form in this sentence?

Is this a rule? That is, all German verbs used in the imperative must be in the "ich" form.

Shouldn't it be "Zeige mir der Welt" because it is dative? Die=Der in Dative

The sentence is 'Show me the world.' Some verbs use a Dative pronoun and zeigen is one of those verbs for the 'show me' part of the sentence. So, 'show me' = 'zeige mir' (and not mich). 'The World' in this case is the direct object so it would be akkusativ/accusative case, which is why it is 'die Welt' and not 'der Welt.' The dative portion of the sentence only impacts zeigen and not die Welt.

Can't the female voice be a little more enthusiast saying such a sentence ? ;-) She sounds so borred ! ("Ok man, just stop harrassing me, zeige mir die Welt and after that leave me alone")

please explain why the first person of the verb Zeigen is used here---the sentence is saying Show me the world, implying that You should show me the world. ?

It's actually imperative (command form). But for many verbs, the "du" command form can look just like the first-person present.

In a grain of sand, Mr Blake?

The pronunciation of the word "Welt" should be improved. It sounds like "Wild".

Perhaps there is an expectation that if one is taking the time and making the effort to learn a second (or third, or fourth) language, then one is capable of expressing oneself with words rather than hieroglyphics and cartoons.

why not zeig mir is zeige mir different?

Why doesn't duolingo let you do the voice exercises on computer without immediately cutting you off, garbage site.