Really? Do you decline persons' names??

Since no one fluent in the language has answered your query, I looked it up in Schaum’s Outline on Russian Grammar. That source says that Russian first names and patronymics are declined as nouns, but foreign names, it seems, are a bit more complicated. 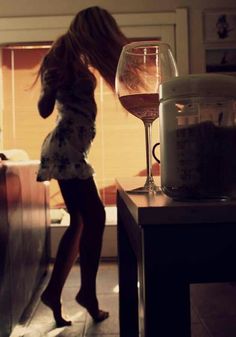 I definitely cannot hear "tantsuyet" (танцует). I definitely hear "tentsuyot". And things like this happen all the time.

I heard this as well.

Is this a танцивать a loanword from a Germanic language? German?

According to the Russian Wiktionary it comes from German tanzen, which of course is cognate with English "dance", so this is an easy word to remember.

yes, you decline names in russian. and you shouldn't decline non-russian names. people still often do but the rule is not to. there still could be exclusions because this language is full of them :) fun fact: Vera translates as hope, there is a regular word exactly the same, just as it is with the name and meaning of Hope in english.

There's nothing wrong with declining non-Russian names, you just won't decline a woman's name if it doesn't have a traditional "feminine" ending in Russian.

Vera is trust in english

I would say "Faith" or "Belief". Trust is more like доверие.

"Vera" is a Latin root for truth. It is not an english word itself but makes words such as "verify"

@Robert A. Andersson Yegorov: (sorry I can't reply to a comment directly when on the phone, an error appears) Not exactly, it's a cognate and is similar in all (or most) languages from the Proto-Indo-European family. A few examples: English: dance German: tanzen French: danser Russian: танцевать Polish: tańczyć (read it more or less like: таньчить) Silesian: tańcować I don't know any more languages but I suppose it will be similar.

We're not even halfway done the Russian tree, and we're already reading Tolstoy!

Why is it pronounced "И" in fast motion just like an "a" as in "Can" in brittish English?

It's interesting isn't it? When you first learn the alphabet, и is introduced as sounding like "ee" in "bee". But actually it can have several other values.

In some words, such as нами, it sounds like the "ere" in "mere" (only in British English.)

And here I'm not sure how to describe it, but it's nearer to the "e" in bed than an "ee" sound.

What's the difference between "танцует" and "танцевает"? I don't know whether the spelling of the latter is right or not but i remember only that one from my childhood memories of russian lessons in the school.

You might be remembering the infinitive танцевать? «Танцевает» doesn't exist...

Yes, танцевать! In the school we have learned a song, not exactly this one but very similar: http://koshki-mishki.ru/view-2536-30.html How can i say танцевать in third-person singular?

Thanks, it was a long time ago i learned this, so my memories are a bit fading sometimes :)

Duolingo is extremely bad teacher of Russian pronunciation. If everyone in Russia had spoken that way, then I'd hardly have been able to understand my native language

What do you mean?

When you get to the "type what you hear" exercise, it will be INCREDIBLY hard otherwise

You're right. Based on the speakers pronunciation, I heard verbs in the third person plural (they). Only the fact that Vera is an individual and the subject of the sentence reveals that the verbs need be in the nominative singular. I am frequently led astray by the speaker's (mis)pronunciation!!!

Can someone help me woth the pronunciation of verb dance? I mean, танцует, танцуем, танцуете... I hear "tantsu(not/nom/note)". Its okay? I hear them with an "n", but also with "o". Or should all of them sound like "tantsu(yet/yem/yete)"?

Does "е" in "танцует" sound correctly in the audio?

Yet doesn't answer her bloody phone!

Presumably because they want you to prove you know which verb is "dance" and which is "sings".

In English we say "sings and dances" unless you mean dancing while singing where "dances and sings " is ok. Does Russian make the distinction and what is Vera doing?

Don't make a song and dance of it

How do we say "Vera is dancing and singing"?

The same as it is written here - Вера танцует и поёт

does sings and dances work as well even though it says its wrong?

That would be a good translation, I think they are just trying to make sure you know which verb is which.

I successfully added the Russian Keyboard, but I cannot figure out how to add the "umlaut" to the e. I appreciate getting credit for the answer anyway. (Yes, I know, it's not an umlaut, it's a separate letter, but I don't know how else to describe it!)

You don't. You just type all the keys one after another. In the end, you should get all the letters. Ё may be left of '1'.

''Very is dancing and singing'' is correct as well.

Why can't I say "Very always sings and dances?"

@LilyArtlip - "Always" isn't expressed in the Russian, so we don't know if she always sings and dances or if it's just an occasional thing.

I said Vera sings and Dances, but APPARENTLY that is wrong, why??

i think because of the order. It should be dances and sings.

I wrote the sentence as "Vera sings and dances." It was counted wrong. My translation sounds better in English.

Maybe yes, but it doesn't guarantee that you know which verb is which. You could answer like that not because it sounds better, but because you have the translations the other way round for some reason.

Sodalisae, this answer is accepted as of May 31st, 2016. That means it's OK. (And I also agree with you on the translation in English part.)