In order to type Vietnamese, you need to adjust things so that the computers input method allows this. There are several existing options to do so, and I will highlight a few of the most popular. There is a post specifically for the Telex input method here in the incubator. My goal with this post is to explain the different input methods, present some alternative options, and prepare for the eventual release on mobile devices.

Telex. In the Telex system, all characters and diacritics are entered using letters or combinations of letters. For example, in order to write “ă” in Telex, you would enter “aw”. A disadvantage of this system is that (for Windows) it requires third party software and memorization of the letter combinations.

VNI. In the VNI system, all characters and diacritics are entered with the assistance of the number keys. For example, in order to write “ă” in VNI, you would enter “a8”. A disadvantage of this system is that (for Windows) it requires third party software and memorization of the number combinations.

VIQR. In the VIQR system, all characters and diacritics are entered with the assistance of the symbols. For example, in order to write “ă” in VIQR, you would enter “a(”. A disadvantage of this system is that (for Windows) it requires third party software and memorization of the symbol combinations. It also affects use of many symbols.

Windows Keyboard. In the Windows Keyboard system, the default keyboard is remapped so that much of the number row and some symbols directly correspond to Vietnamese characters. For example, in order to write “ă” in the Vietnamese Windows Keyboard, you would enter “1”. A disadvantage of this system is that it requires memorization of random key assignments, and you must use right-alt or right-alt+shift to enter numbers and symbols. Another disadvantage is that you must recall the correct position for each diacritic, as you position it more directly than other methods.

Android Keyboard. In the Android Keyboard system (at least on Samsung phones), characters are selected from the base character dropdown (or double clicking) and diacritics have their own key. You may also use the Telex inputs. For example, in order to write “ă” in the Android Keyboard, you would press and hold “a” to select it, tap “a” until it appears, or type in “aw”. A disadvantage of this system is that (at least on my phone) you don’t have a choice on input method – fortunately the default seems to be Telex.

IOS Keyboard. In the IOS Keyboard system, all characters and diacritics are entered using letters or combinations of letters (Telex input method). For example, in order to write “ă” in IOS, you would enter “aw”. A disadvantage of this system is that it requires memorization of the letter combinations.

Picking a preference. All these input methods are unique, so you may want to play around a bit to see which you like. You are able to do so online at Vietnamese Typing; select an input method and then test it out in the text box.

Once you have selected an input method, it is time to set it up. The instructions vary a bit by system.

Next, you must tick the box that say Use modern orthography...

To change your keyboard back to English, click on Telex at the top right corner of your screen and choose English.

Windows OS. For most of the methods listed, you will need third party software. UniKey is the most popular, and once you download it the setup is fairly straightforward. In order to have the interface display in English, at the initial menu click on “Mở rộng” and then untick the box “Vietnamese interface.” For modern orthography, tick the box “use oa’, uy’ (instead of o’a, u’y).”

Without adding programs: you may also add the Vietnamese keyboard by looking for “Region and Language” and selecting Vietnamese. The resulting keyboard layout is:

“The Vietnamese keyboard layout included in Microsoft Windows” by “Yes0song” is licensed under CC BY-SA 3.0

Android. In Android you can do the same under “Language and Input” and adding Vietnamese somewhere in keyboards. I use the Samsung keyboard, which uses a Telex Qwerty keyboard for Vietnamese.

IOS. In IOS you enter the keyboard similarly to Android. This uses the Telex input method.

Other. A few other options can be found. One is Google Input Tools; this basically involves an external application (chrome extension, android application, or PC program) that provides a list of words based on what you type.

Hi I have created a browser plugin for duolingo to enable automatic switching between different keyboards. It comes with the windows vietnamese keyboard or you can add TELEX, VNI and VIQR input to you own on duolingo.

I hope some of you find it useful

Haven't tried these plugins yet because I'm using Palemoon. Unfortunately, the Firefox one isn't compatible with Palemoon. Still give you a giant like for the effort :)

I just installed and tested the plugin on Palemoon. Unfortunatly I must confirm the incompatibility. Some of the functions that are used in the plugin are not yet implemented in Palemoon.

Perhaps that I release a plugin that is compatible later or Palemoon catches up with Firefox. 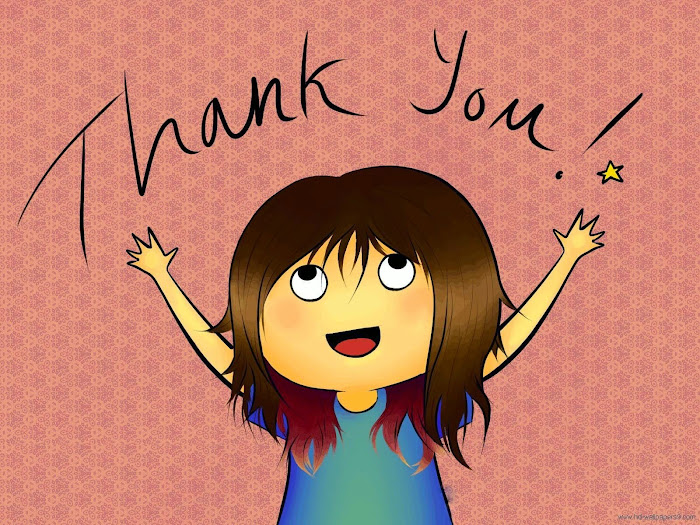 LOL! As a Vietnamese from head to toe, I can proudly say that I understand every single word you said. For everyone who wants to figure out what he/she meant: "You guys are so enthusiastic about learning Vietnamese language. Thanks for your interest in exploring my beautiful country Vietnam (Bạn hiểu tôi chứ?)".

As an aside, for those curious as to why adding a keyboard directly into Duolingo might be a bit complicated, here is a screenshot from Memrise where such an addition is possible: Are there any instructions for Telex for Linux? I recently switched because my Windows OS was too slow. By default Ubuntu only has VNI. I've tried installing http://www.unikey.org/linux.php but the install failed. I've raised a bug but they don't always get fixed :(

This one works by adding it to your Text Entry system preferences :) http://morevietnamese.com/how-to-type-vietnamese-in-ubuntu-linux/

The instructions are a bit out of date I think. On Ubuntu 16, you go to Ubuntu Software, type ibus in the search box, then you find Ibus Preferences, install, and you have to launch it from right there. Then go to Input Method tab, add Telex, now go to System Settings -> Text Entry and add it there as well.

Just to update, I now find Google Input Tools on Chromium browser to be the best option on Ubuntu. Ibus-unikey sometimes doesn't properly switch between English and Vietnamese which costs you valuable seconds in timed practice. Google Input works flawlessly.

You can set the keyboard easily in KDE and most other desktop environments. For Kubuntu/KDE, go to System Settings | Input Devices | Keyboard | Layouts and click on the "Add" button.

thanks for the colaboration, very useful. by the way, this comment is just to sending myself lingots from one account to another, just in case... :)

Have 10 lingots (even though you don't need them) for this and for the memrise courses. You are the most helpful person ever!

I'm on Mac OS, I just use the standard inbuilt Vietnamese keyboard layout (same as the picture above, with ăâêô đ and the tone marks in the numbers row, and ươ where the curly and square brackets are).

I find telex kind of confusing... But I guess if I was typing Vietnamese on a smartphone regularly I'd work it out.

I use the Windows OS Vietnamese keyboard. However, I run into problems when Duolingo tries to recognise my input.

The input doesn't seem as straightforward as typing the vowel and then the accent, since ì is obviously not the same as ì. Would anyone know of a better method?

I used the Windows OS keyboard for the entire course; it works, though it seems less forgiving of minor errors and will often flag answers as almost correct. I also did some lessons on the mobile site on a mobile device I find it a bit easier to use the android keyboard.

Maybe it would be better if duo had some onscreen keys to use, like memrise for this course.

Definitely agree with you. That should, at least, help beginners who haven't got any idea about typing proper Vietnamese. For native speakers like me, we mostly use Unikey to type the characters in both Telex and Vni styles.

For native speakers like me, we mostly use Unikey to type the characters in both Telex and Vni styles. The Windows VN keyboard causes many problems with its terrible layout and typing method. BTW, / ì / is preferred in writing on paper while both / ì / and / ì / are accepted in typing using keyboards. Some web applications and/or spell checkers don't accept characters like / ì /.

Helpful ;) Thank you very much.

For Unikey, is there any option to switch between Eng and Viet with a keyboard shortcut? For timed practice, this makes a big difference. There's an option "switch key" but it doesn't do anything?

There's an option that allows you to quickly switch between Vietnamese or English. You can use CTRL+SHIFT (default) or ALT+Z to do this. Or you can just left-click the program icon in the notification area. Cheers!

Strange, ctrl+shift doesn't work for me, only alt+z does. Well anyway great that this option exists :)

Have you tried ticking the circle/box in front of CTRL+SHIFT option? If you have then it might be because some other programs are using that shortcut as well. ALT+Z isn't too bad, is it? :)

https://vntyping.com/ Gives a comprehensive view of; TELEX, VIQR, and VNI. On my Google Chrome Pixelbook I like to use VIQR. Microsoft Windows 10 it's hard for me to use their input, I really want Windows to add VIQR as one of the keyboard options. The best Android mobile input is SwiftKey. I'm fully satisfied with VNI input for Microsoft Windows.

SwiftKey mobile has pushed Vietnamese to the advancements to something modernly comprehensible! The ability to add the accent (as a hold a swipe) mark at the end of the word is an organic sequence if writing by hand.