Sounds like the words I'll use in two months, when I'll be in Budapest for the third time <3 Thanks to the course, I'll be able to understand something, I hope <3 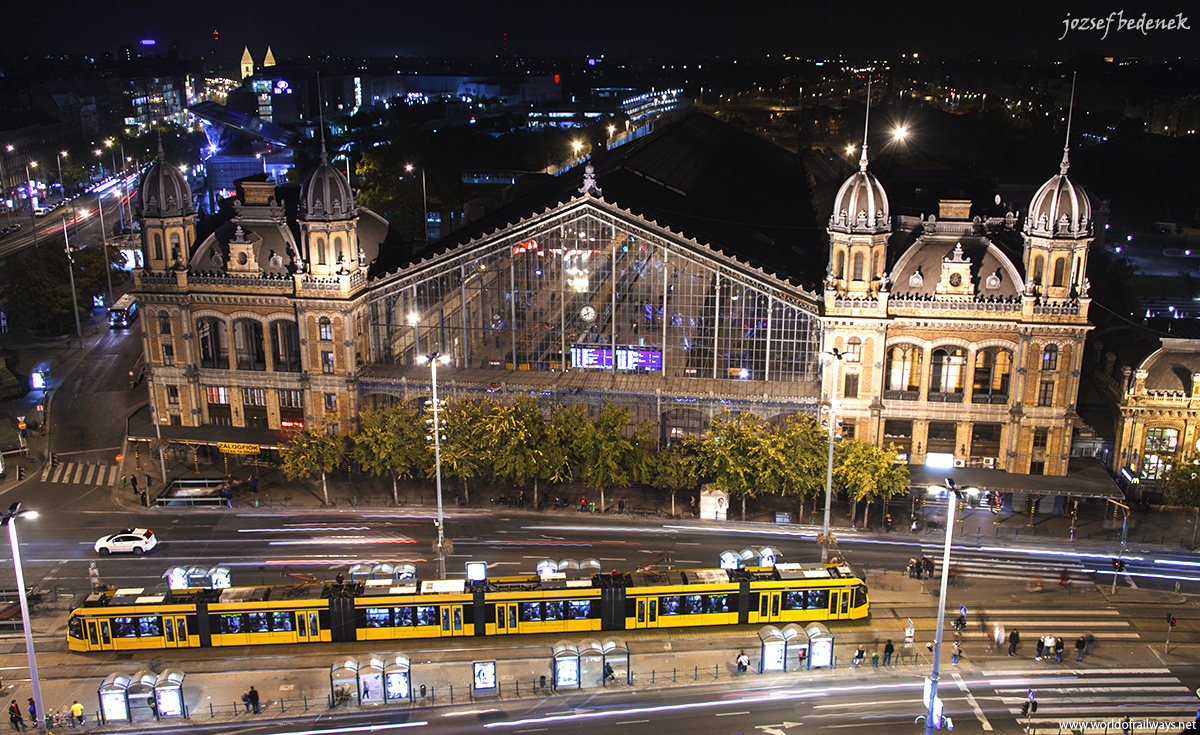 don't miss the world's (one of the) most beautiful McDonald's at the right edge of this image ;)

True that! I've eaten there <3

You make me want to go there myself ಥ_ಥ

Is this literally "on new"? (A bit like English "anew" or German "aufs Neue"?)

'I am here again' should be accepted

The translation to English should be either 'I'm here again' or 'here i am again'. In this case you cannot say I'm after the here. This is a weird one because i cant think of many other examples. You couldnt say 'There I'm again'. It seems most the exceptions i think of end with 'again'!

I think "I'm back again" should also be accepted. It's the proper English usage for that meaning.

Why do you need “again” after saying “back?” “Back” already means that you were here before, doesn't it?

As a native speaker of English, I can assure you that I'm here again is correct because it implies I'm here once again

I like how it accepted "Again, I am here."

Well, I made the translation like this: Here am I, again. But that solution is not accepted. Anyone knows why?

Possibly it didn't like your inversion of pronoun and verb. 'Here am I' is acceptable in English (David Bowie used it in Space Oddity) though less common than 'Here I am'. However, I believe that inversion is obligatory in German.

OK, I understand. I can live with that. And yes in German 'Hier bin ich' and in Dutch 'Hier ben ik' it is both normal. Thanks Ampus_Questor!

What is the difference ujra and akkor

"Újra" means "once again" while "ismét" means... Well, exactly the same. Nevertheless there are idiomatic usage differences that you have to learn or pick up while use the language. "Újra itt vagyok" and "Ismét itt vagyok" have a very tiny difference between them. Let me make up a situation: a frequent customer enters to your shop. You were expected him because you made an appointment, but as he arrived he realized that he forgot his purse in the car. When he arrives back, he will most likely say "Újra itt vagyok."

When he returns to you because the product you gave him doesn't fit to his previous holder, he will most likely say "Ismét itt vagyok."

These are very minute differences, and there is no problem if you mix them up, it may be even a personal style in most cases. It is very similar as a non-English speaker will learn the difference between quick, fast, rapid and their relatives :D (My English teacher ended up explaining this with "just get the hang of it".)

Still are they interchangeble in most of the cases except when they are not? Kinda like "снова" and "опять" in Russian? Or their usage is sticked to the idiomatic sentences?

The once is not necessary. It might be used in a play or if you hadn't seen someone for years or you were being sarcastic and this was the fifth time in 10 minutes.. but its not normal.

I typed "I'm an here again" and it marked my answer wrong insted of just indicating a typo in the word "in".

When a “typo” results in another existing word (such as “an”) Duolingo considers it a “real” error. It has no way of knowing whether you meant to use that word or not.

Btw, the proposed solution does not contain the word “in,” and I don't see a corresponding word in the Hungarian original. Wouldn't it have to be “itt bent” instead of “itt?”

are those related by any means?

I think so. "-ra" can be used to create adverb.

I am again here should be accepted as a possible response.