Victoria Park subway station in Toronto, Ontario, Canada includes a public art installation called "Roots". Part of the installation is a series of images of the globe with the word for "community" written in various languages. Each image has three languages. 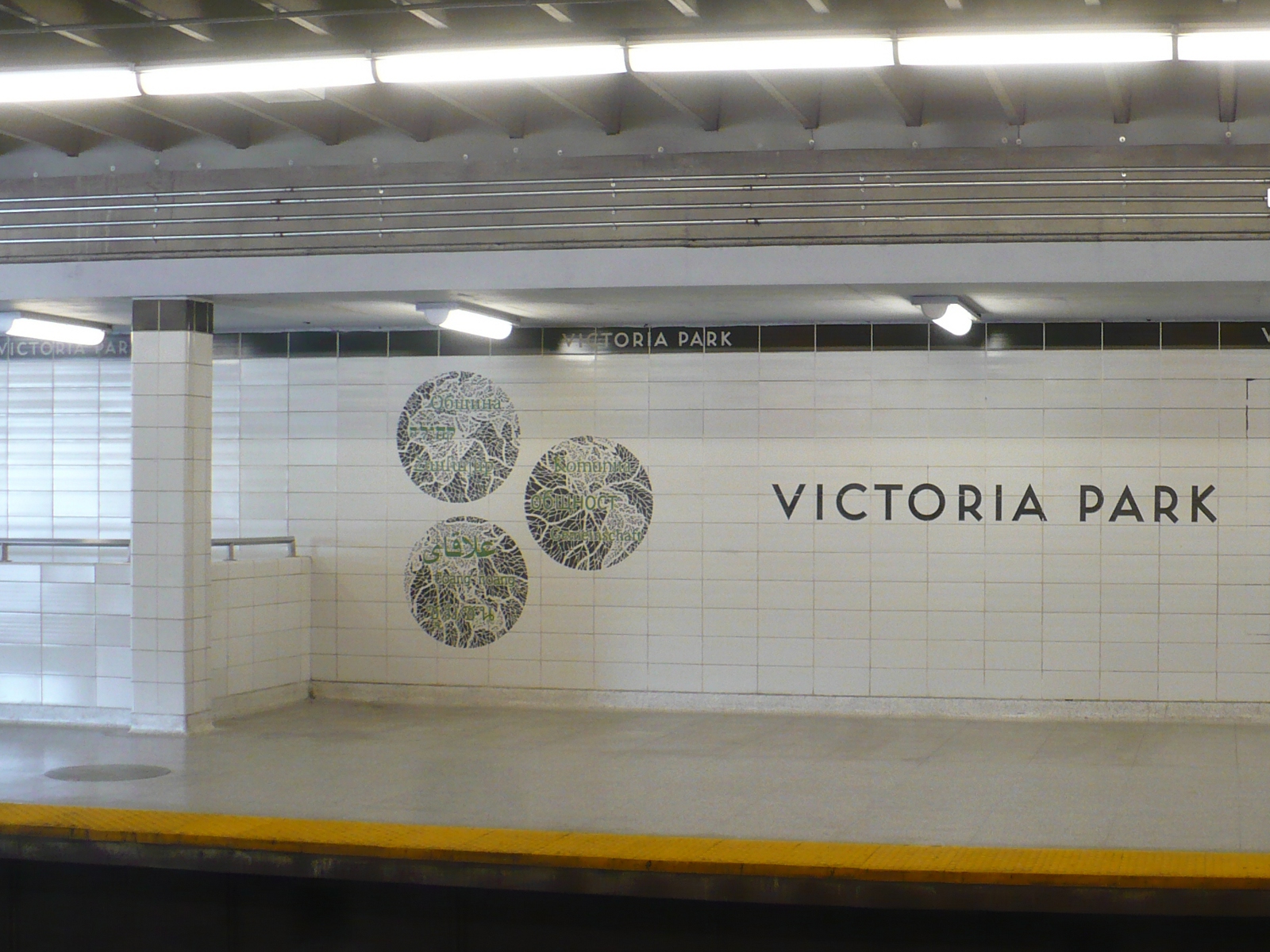 (The above image is from Wikipedia. Below is a close-up view.) If you look closely at the circle at the bottom left, you'll see the words "Coäng ñoàng" which at first glance looks vaguely Vietnamese but the letters don't look right (in particular, Vietnamese doesn't use ñ and doesn't have umlauts).

Searching for "coäng ñoàng" turns up thousands of pages that claim to be in Vietnamese, for example this page from the Ontario Human Rights Commission

Before Unicode came along, there were several encoding standards for Vietnamese. I found a conversion table with various legacy character encoding schemes and figured out that the original text was "cộng đồng" but encoded in VNI. Some single glyphs in Unicode are represented by multiple byte characters in VNI.

So it looks like the artist who created the work had a VNI-encoded file from whoever created the Vietnamese text, but was reading it on a Unicode-based system so the letters came out looking different from what was originally intended.

Found another one outside the station: And the Hebrew is wrong, too...

You’d think that since these art installations are being put up in communities that have these diverse populations, they would actually look for someone competent in those languages to do some basic quality checks.