"I eat your sandwiches."

You better return the favour and make me a sandwich then, voice lady.

If I'm the voice lady, I will use magic to turn you into a sandwich, as you requested. Haha, you played yourself.

This cam directly after "Your duck is my dinner"...I think Duo is hungry :)

this masculine and feminine is killing me..!!

Hi there,, can some one tell me the difference between i tuoi and le tue for this question please,, have a great day,, Steve.

how can anyone decide if the sandwich is masculine or feminine??

Italian is fairly regular. You determine whether a noun is masculine or feminine by how the word ends. There are a handful of exceptions, but for the most part this is pretty reliable:

Don't get hung up on the category names. Grammatical gender is 99% arbitrary.

Once you determine the gender of the noun, you alter the form of all adjectives that refer to it (including articles and possessives) to agree. This means that all possessives agree in gender and number with the thing, not with the owner. Regardless of who I am, it is always "la mia vacca" and "il mio toro".

I wish I could bookmark this, for now I've just taken a screenshot. Thank you

Enjoy your last meal then.

Why not vostre as well?

That would work as well, but it would have to be "vostri" because "panini" is masculine, not feminine.

and what about 'le tue panini' as far as it's a plural?

panini is plural, yes, but you have the gender wrong. The sandwich = il panino (masculine)

In this case it should be 'I tuoi panini' for masculine plural sandwiches. ' Hope it helps

Duolingo ate your panini, but you ate the grammatical genders. :,-)

It was vostri and it marked it wrong

When do you omit the "Io" and when not?

You can omit the subject pronoun 95% of the time. That 5% is almost always in the 3rd person, because one thing the verb does not tell you is the gender of the subject (or, rarely, if you're using the polite 2nd person form, which is grammatically 3rd person).

Yup, I'll eat your food whenever I want, now bring me a drink.

And there's not a damn thing you can do about it.

The first time when i see two sentences rights in the same question...

Yes. 95% of the time, the subject pronoun can easily be omitted.

It won't let me past even entering the correct answer

duo is getting thirsty

How do you know when to use tuo or tuoi?

The possessives must agree in gender and number with what is possessed, not with who possesses the thing.

For some reason, I read this with the voice of Daniel Day Lewis in my head. You know the whole "I drink your milkshake..."

why --Io mangio i vostri panini --is wrong

Otherwise, barring any typo you might have made but not noticed, Duo does sometimes glitch.

I dont understand this it all looks good but they say its wrong????

Let me guess: You wrote Lo mangio and not io mangio.

I was correct the first time. Lo mangio i tuoi panini. An explanation prego 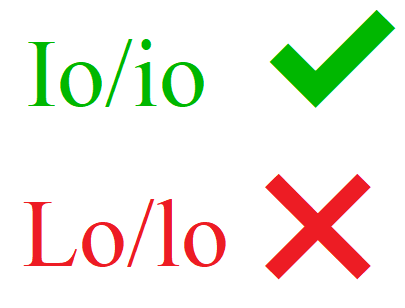 What is the difference if you say tue panini?

You've got bad agreement there. Panini is masculine and tue is feminine.

Possessive adjectives and pronouns work just like any other adjectives. They must agree in gender and number with the thing that is possessed, which is reflected in the end of the word. The first part of the word says broadly whose it is.

why tuoi and not tuo?

Because "panini" is plural. This has been explained on this page before.

Why is "i" put way back behind tuoi