The Meaningful Position of Adjective

There are many doubts about the correct position of an Adjective describing a Noun in Polish. Here I try to explain the rules of proper word order regarding that topic.

For example "biały niedźwiedź" ("white bear") - a bear that is white, but it may be an albino grizzly, a teddy-bear made of white cloth, or even a black bear that is covered with snow or flour, or has its fur whitened. In the contrary, "niedźwiedź biały" is a nick-name for polar bear, "niedźwiedź polarny" - a species of bear.

If you say "attaché kulturalny" it means "cultural attaché". But if you say "kulturalny attaché", it means "an attaché (an employee of an embassy), who is by the way a cultural person".

If you say "drzewa kwitnące" it means "flowering trees" (trees that have flowers at some point of their vegetative cycle). In the contrary, "kwitnące drzewa" means "trees in blossom" - ones, that are blossoming now.

You would say "brązowe buty" ("brown shoes") - because someone can use black or red dye to paint them. But you would say "buty skórzane" ("leather shoes"), because they are made of leather and nothing can change it.

Saying "patelnia metalowa" ("metal pan") would be correct, if you want to distinguish it from, say, "patelnia żeliwna" ("cast-iron pan") or "patelnia teflonowa" ("teflon coated pan"). However, if you speak just about one pan, and you want only to describe it as made of metal and not coated with teflon of ceramic layer, you would rather say "metalowa patelnia"

The last one is a sort of joke, but that's an answer I've actually seen on Duolingo: "wojenna marynarka" means "a war jacket" - I do not know what this might be, but that's what it says. The correct word order is "marynarka wojenna" ("the navy").

Nouns described by more than 1 adjective

Things get trickier, if there are many adjectives for one noun:

For example, if you do not care what the shoes are made from, you may say "brązowe skórzane buty" ("brown leather shoes"). But if you are in a shoe store, you will most probably find labels like "brązowe buty skórzane", because the fact that some shoes are made of leather is more important than their colour.

Side notes on specific cases

"Sok jabłkowy" is the most correct translation of "apple juice", because the juice is made of apples and nothing can change it. It is not totally wrong to say "jabłkowy sok", but it sounds strange and makes the type of juice unimportant. As a general rule, it is way better to place the name of the main ingredient of a drink or dish after the noun. And in some cases putting it before the noun may be just wrong, e.g. "sok pomarańczowy" = "orange juice", while "pomarańczowy sok" = "orange-coloured juice" (it may be carrot+banana juice as well), as the one below: 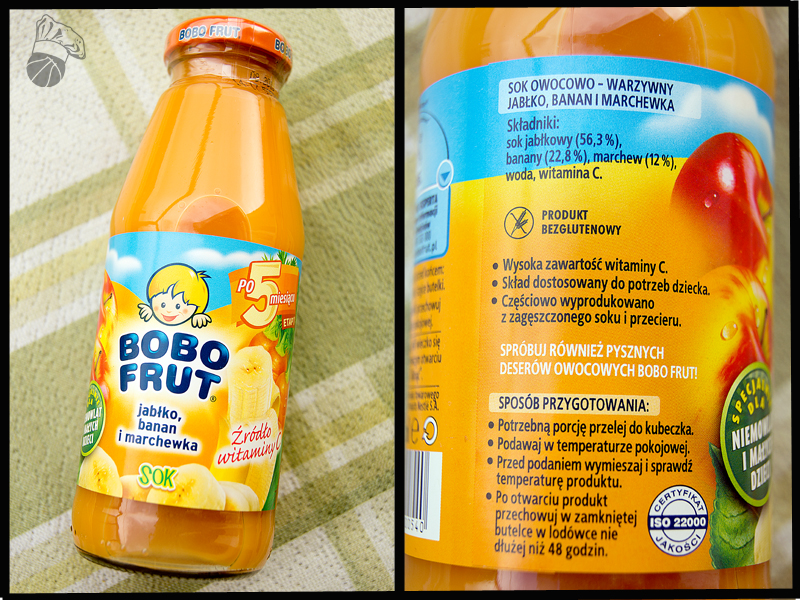 I am not a linguist, but an engineer who loves his mother tongue. If there is something missing above, something is wrong or unclear, please do not hesitate to suggest corrections.

You may also want to check:

Thank you this is very helpful. here's a lingot.

Good to know at the grocery store, so you can pick a product without feeling ripped off.

Wonderful! Here is your deserved lingot!

What about nationality/citizenship? (na przykład: "On ma polską żonę.") Is there a general guideline for this?

That is a very interesting question.

But, there is a catch. (Almost) nobody says that - it is bookish, so you can find expressions like this in literature, film or sometimes in the radio, but not in everyday expressions. When speaking about a person's nationality, people would use a special structure, with an object that consists of 2 nouns instead of adjective + noun. That is even hard to translate into English, because the object of the phrase are 2 nouns that are linked together, and the nationality always goes the second, which translates to a rather awkward English phrase, e.g.:

The same when we speak about inhabitants of some regions:

It is almos the same when we speak about someone's citizenship (almost, because writing about inhabitants of a city, town or village, we use small caps, unless "city = country" like with Ancient Greek polis):

However, there could be theoretically cases when we would use a noun + adjective structure. This would be used in order to mention two persons or groups of persons, that differ by citizenship or nationality. In less surprising occurrences you may omit the second noun.

As a second thought, perhaps translating "On ma żonę Polkę" to "He has a Polish woman as his wife" is not correct, because the closest translation of "He has a Polish woman as his wife" into Polish would be "On ma Polkę za żonę" - pay attention to reversed order and the preposition "za". This is also perfectly fine in Polish, and a more versatile structure, because it may be used in many more types of phrases and it allows to add more words to the sentence, eg.:

The only disadvantage is that this structure sounds overblown or bookish, so again, it is not used often.

So, perhaps we should say, that "On ma żonę Polkę" cannot be accurately translated into English and "He has a Polish wife" is the best choice.

Thank you for the detailed explanations!