Duolingo app is using a sans-serif (gothic) font for showing hiragana now. It feels clean and modern, but it may not be the best choice for a beginner.

Instead, if it's using a serif (mincho) font, it would also show how a hiragana is written.

Here is a visual comparison between sans-serif (gothic) and serif (mincho): 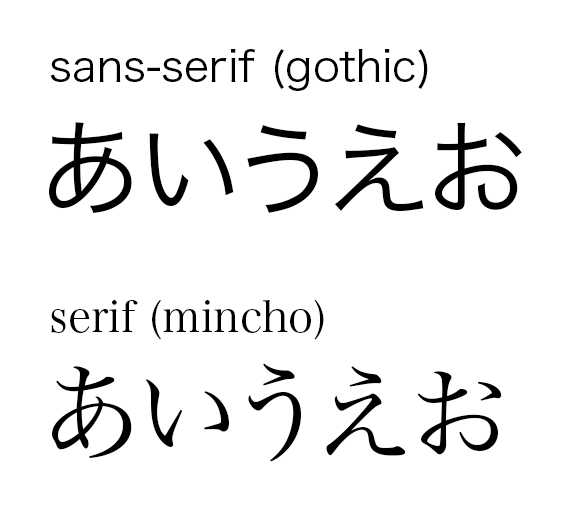 As you can see, serif (mincho) can show how a character is written, also known as the order of strokes (笔顺 in Chinese), which is very important in CJK writing systems.

Good idea! Gothic is very modern and cute, but a bit confuse with hand-writing. However, I think Kyokashotai(教科書体) is better than Mincho if we focus on writing, especial with Kanji(漢字).