I've always been into languages and my grandfather who's parents were from that area just recently passed and has inspired me to learn a bit more about the language/culture.

I know almost nothing about the Rusyn language but it seems to be related to Ukranian. I was wondering if anyone could tell me how similar or dissimilar they actually are.

I've actually been reading a lot of Rusyn Wikipedia lately having never studied the language before. Personally, I would say it resembles many of the conservative dialects of Ukrainian spoken in Canadian expats communites, parts of the L'viv and Uzhorod oblasts as well as the Carpathian regions of Ukraine. This makes sense as if we look at the regions where the two languages are spoken (the Southwestern dialects are in red): 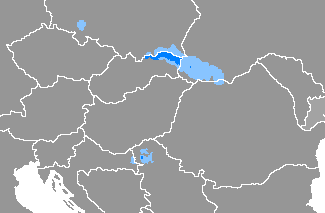 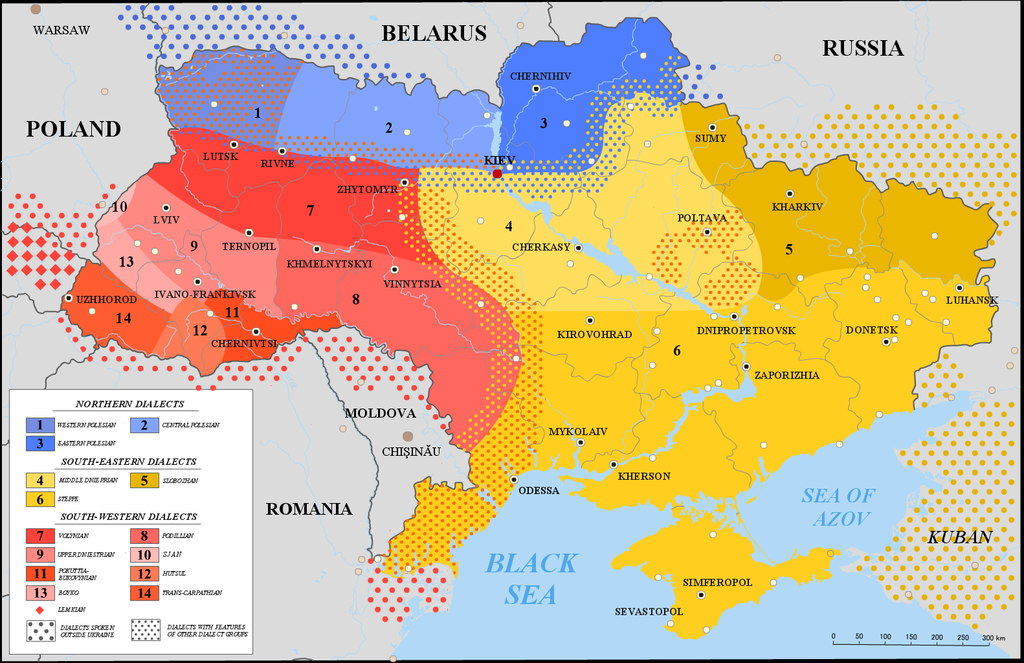 Now, in my opinion the term "Ukrainian language" is more of an umbrella term. Not as distant as say the Arabic dialects, but more similar to the dialects of say German or Italian. Closely related languages that vary slightly from region to region. As you can see from the map, there are many different dialects but due to the media and constant exposure from other dialects along with the Russian language. People can understand each other with ease. Another problem is that there is no way to tell where Ukrainian begins and ends. At the border with Belarus, there is a macro-language known as "West Polesian" spoken by about half a million people west of the Chernobyl-area if you get where I'm talking about. It's marked yellow below and 1 on the Ukrainian dialects map above:

On top of that, I recently came across a language known as Balachka which is supposedly a dialect of Ukrainian spoken by Cossacks in Russia which brings up a whole new set of questions.

To be sum, as a Ukrainian speaker and also seeing the ordeal from a foreigner's point of view. Rusyn, is close enough to some Ukrainian dialects, primarily those in the South west. But in comparision, to say "Surzhyk" (a Ukrainian-dialect which heavy Russian influence), it is most certainly a language.

In my opinion, the Rusyns are similar, yet different ethnic group. Therefore it is unfair to group them with another group and deny their heritage.

Actually I am from eastern Slovakia and I can say I never had problems to understand Rusyn, I find it far more comprehensible than Ukrainian (that I am learning now and I have to).

However, you can even find differences among Rusyn dialects (Lemko, Boyko, Hucul...), with Lemko being probably more similar to Slovak and Polish than eastern ones

The so-called Rusyn language is almost the same as the Ukrainian dialects spoken in Lviv, Ternopil, Ivano-Frankivsk and Chernivtsi regions. The name itself binds it to Kyiv, which was the center of Rus. This is a more political issue. The governments of the countries in which the speakers of this dialect live, call it the language, we in Ukraine call it a dialect. In Transkarpatia the speakers of the so-called Rusyn language consider themselves Ukrainian, and their language is Ukrainian.