My sixth tree overall but my first one that was FROM and TO languages that are not native to me!

It was learning Italian from Spanish, and it was a challenge.

OK... I know someone is going to say it, Italian and Spanish are so similar that this is not a big accomplishment. And sure, there are some simple rules that allow you to translate many things between the two languages. But, one of the biggest challenges was to keep reminding myself that I had to understand what I was translating. In some cases that means stopping and thinking about the English translation for the exercises, and in other cases stopping to think about if I was being asked to translate FROM or TO Italian (it is easy to get tripped up :-) .)

It will take me several months of practice to get the three Spanish trees up to level 25 on each, so that is my next goal.

Just under 2 1/2 years on DUO and I have learned more than I ever dreamed possible. My prinicipal goal was always to learn ONE language pretty well and I picked Italian for that. Learning Spanish was just another stepping stone to give me more angles to come at Italian. As for study outside of Duo.. I do that in Italian and not in Spanish or German (Yet)

I would argue that doing two second languages that are similar would be much more difficult than two very different language. Because I can see myself accidentally typing or thinking in the wrong language a lot having to switch between such similar languages. Whereas if it was Arabic/Spanish, for example, it would be almost impossible to mix them up.

OH YES... I was just touching up my Italian tree.. and I keep typing donde instead of dove, ella instead of lei, es instead of e, etc. etc... it is fun to see my brain finally start to separate the two :-)

Well, if you don't build up the languages to a high level before learning them. You run the risk of mixing them up badly.

I have nearly 200,000 experiance points in Italian here on DUo... so I have learned about all that I can from DUO on that language.. still... there are some exercises where the Spanish and Italian translations are identical so it is not possible to know which way you are translating :-)

I must confess, every time I see someone with a couple of "Next level infinity XP" next to their handle, I am always impressed and amazed. So, congratulations! 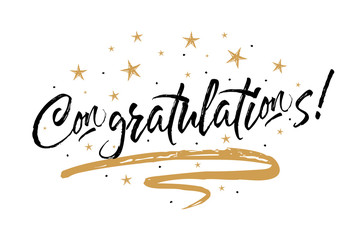 Congratulations, that is a wonderful achievement. I do the same thing. None of my languages i learn from, are my native.

Good work, I am aiming for the similar collection of trees one day. So far I got ENG > GER and GER > ENG, now (very) slowly working on ENG > FR (French being by far my weakest spot), the ultimate goal is to finish the French tree one day and then I can do FR > ENG, FR > GER and GER > FR, which will finish the both dirrection circle of English, German and French languages (none of those being my native language). It's tons of fun to be able to learn a language through another learned language :-)

great accomplishment! thank you for posting about something so inspiring!

Congratulations! Thank you for sharing your insights. I've just begun my first dual foreign language tree - learning Spanish from German. I completed the English from German tree helpful in reinforcing German. I look forward to reading more of your posts as you conquer more trees. :)

How much of those languages are you actual really good in, or are you just completing trees to just complete trees?

I said before that my main aim was to learn Italian pretty well.. and I think I have gotten about all I can from DUO in Italian. At this point I can read Italian news, listen to Italian radio and pretty much understand what I am reading/hearing... I could hold a rudimentary conversation in Italian. I took on Spanish so that I could just learn enough to then take the Italian course from Spanish to help me practice more Italian. I do not think that I will ever become as proficient in Spanish as I have in Italian simply because that was not my principal goal. Along the way Duo has become a habit for me, I find it fun. So, doing more trees is enjoyable. But, no, I am not doing trees just to do them.

When you say French, do you mean French from Italian? :)

eventually! But French from English first :-)