This is more helpful then it should be

I like to remember the fruit "açai". Its not a vegetable but its close enough

You could try the actual breakdown of kanji too: vegetables are "field" (野・や) "greens" (菜・さい)

So is さい plural? Or does it mean the color green?

The kanji 菜 (sai) means "greens" as in "the edible leaves and stems of certain plants, eaten as a vegetable" (Collins dictionary).

It meas all kinds edible greens, from wildness or from the garden or from a grocery store or from a restaurant

The color green is midori (みどり).

Actually the pronunciation of açaí is quite different, I know because I am from the land of Açaí :)

Not "quite different" though. The intonation goes on the last syllable in "açaí - therefore the accute accent", otherwise in あさい the second sound is more pronounced. Pretty similar for my native brazilian ears although a tiny bit different. :)

To the best of my knowledge, the Japanese language tends not to acknowledge the plural s like some other languages do, at least with anything other than people. For example, there is the word 私(watashi)たち which translates as we where the makes it plural. Objects are counted instead if it has some relevance to the conversation. I hope that makes sense, i found it really wierd at first too.

Not all the languages have a s to mean the plural of nouns. It's only some Indo-European languages, and not even all of them. Romance languages have this feature (yes, English shouldn't have it, but the English language experienced heavy transformations under the French influence)

It's not a surprise that Japanese doesn't have it. Why it should. It's not even related to Indo-European languages.

Indo European is also very vast. I'd say only French, Spanish and English from what I know

What about 買い物 (kaimono)? Doesn't that mean "things that have been bought" and thus, isn't that a plural form?

interesting : you say that watashi means " we were " ? that's why i could not proceed with this lesson because DUO doesn't give any translation for this word ! I looked with google or Yantex and they say watashi means " ME " !!. so I will try your translation, hoping it will work. thanks

You misread lady's comment, but I can see why you would.

To clarify, "watashitachi", spelt like 私たち with kanji and kana, means "we."

Watashi can mean "I" or "me" depending on the context, it's a first person pronoun that's considered "neutral" (as opposed to "boku" which is a first-person pronoun that has a more masculine feel, so mostly only boys use it.)

-tachi when added to nouns that have to do with people make the nouns plural. Which is why watashitachi means "we" or instead of "me." "Bokutachi" also means "we." Kodomo means child, so "kodomotachi" would mean children.

Japanese is unusual in that for most nouns that don't have to do with people, they don't differentiate between plural and singular, because most people can tell with the context. So "yasai" can mean both "vegetable" and "vegetables." You wouldn't see "yasaitachi" written anywhere.

Since the website lessons are still in beta hopefully grammar notes will be added to them soon, but sadly the app doesn't get grammar notes at the start of any of the lessons.

I remember it through Dragon Ball Z: Saiyan (a.k.a. Saiyajin) a pun on ya-sai-jin a.k.a. vegetable people. (Almost every Saiyan has a name which is a pun on either vegetable or a kind of vegetable)

So Vegeta... is just Vegetable?

We, the vegetable people, demand to be referred to in plural form in Japanese as 野菜たち (yasaitachi), like you humans (私たち • watashitachi • we).

Thanks, we totally understand this despite the fact that at this level lots of us are nost likely beginners.

Since the taught word is "vegetables" as a group, what is a single vegetable? Or is it the same?

There is no difference between plural (vegetables) and singular (vegetable) in Japanese. Like with many things in this language it's understood from context.

It's a common feature for Asian languages, as far as I know.

I remember it by my mom telling me to eat my vegetables... Yah sigh

Please, just upvote when you do agree with the comment. Because the forum is very hard to read if there's 50 times the same message to thank people.

No one asked but, "Yasai" hate vegetables. Do you?

Why does it teach this and not 野菜?

I'm assuming because jumping straight into idiographic writing would quickly overwhelm a beginner. You got to learn to walk before you learn to fly.

It should also be noted that this is a hiragana lesson, not a kanji lesson.

Hei DoLing, I typed what I heard - 野菜 . This has to be accepted.

My answer in kanji (野菜) was not accepted... (it was the listening exercise). Perhaps it should be specified to type in hiragana or kanji straight in the instruction to clear such confusions in the future (it's only a suggestion), or to accept both the kanji and hiragana answers. It is frustrating to be marked wrong every other time when you have switched (or started to switch) to kanji out of habit.

am I the only one that hears the "s" pronounced as a "spanish j"?

Do you mean that the font/handwriting was different? This ThoughtCo article has a good picture at the top that shows some characters that are often written in different ways. 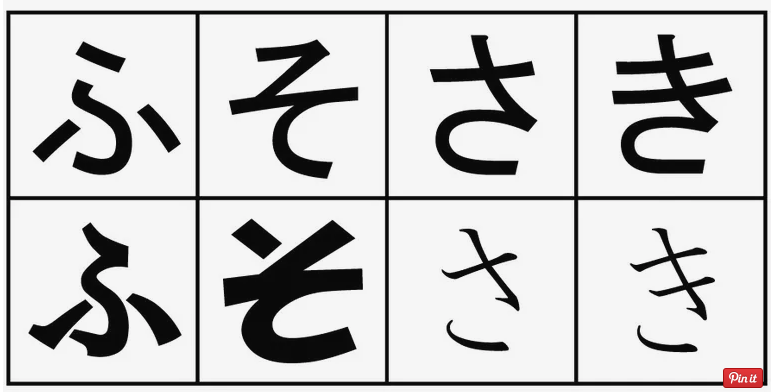 How come these listening ones don't allow kanji, marks 野菜 as incorrect.

From what I've read, kanji isn't accepted for the listening exercises in the Hiragana skills to make sure we recognize and know the hiragana.

In any skills further down the tree, kanji is accepted in the listening exercises.

Japanese doesn't distinguish between singular and plural. If you really wanted to stress there was more than one of something you could use a counter to say the amount or use an adverb "many, few"

What is the best Japanese keyboard to get.

So is this the same thing with colors where vegetable can be yasai or yasa?

No, やさい is a noun that just happens to end in an い, it cannot be used as an adjective. There are several words that end this way that aren't い adjectives; it is usually easier to tell in their kanji form.
白・しお white (noun) 白い・しろい white (adjective)
野菜・やさい vegetable (noun)
可愛い・かわいい "cute" is an adjective where the base of the word in kanji ends in い and an additional い is added to make it an adjective.
奇麗・きれい "pretty, clean" is an adjective but it is not an い-adjective even though it ends in an "i" sound. That "i" is part of the kanji root, not okurigana that is used to conjugate. This adjective is actually called a な-adjective, meaning it acts like a noun.

Someone pls explain when to use kanji, katakana and romaji. Do we use all of'em together? I am confused

Romaji is just the latin/roman alphabet. It is used to transcribe Japanese words so foreigners who can't read actual Japanese can still pronounce them.

Hiragana is the primary syllabary. This is a system of 42 characters used to write all of the syllables that exist in the language. Hiragana is used for most grammatical components (particles, inflections), set phrases and pronunciation guides (furigana). This is also used to write native Japanese words with uncommon/irregular kanji and the kun-yomi (native Japanese reading) of kanji in dictionaries.

Katakana is the secondary syllabary which covers all of the same sounds as hiragana. This is used for writing foreign/loan words, onomatopeia, scientific terms (plant/animal names) and for emphasis. It is similar to writing in CAPS or italics. This is also the system used for the on-yomi (Sino-Japanese reading) of a kanji in dictionaries.

Kanji is the logographic system borrowed from China consisting of thousands of characters. Rather than a specific sound, each symbol stands for a unique meaning. Most nouns, adjective and verb stems are written in kanji.

Fully fluent Japanese uses a combination of all three writing systems (hiragana, katakana, kanji). There are no spaces in Japanese so the altering of writing systems helps distinguish where words begin and end. Kanji also help distinguish the meaning of a word among the many homophones that exist in a language with such a small syllabary.

​ マリア "Maria" is a foreign name so it is written in katakana
さん is an honorific suffix to show respect to Maria, は is an old info/topic particle, が is a new info/subject particle and ～せます is a polite non-past potential verb inflection. These are all grammatical pieces so they are written in hiragana.
日本語 "Japanese (language)" is a noun and 話 "speak" is a verb base written in kanji.

These early skills are for teaching the basic hiragana system; all of the sounds that exist in the language. Once you have an understanding of hiragana and katakana you will be introduced to kanji.
The kanji for "vegetable" is 野菜 and its pronunciation is やさい

Is the word for singular and plural the same?

Yes, Japanese nouns do not distinguish between singular and plural :)
So やさい is both "a vegetable" as well as "vegetables"

When the typo becomes a different English word, it counts as a mistake. Whit is a word, but vrgetable is not so it didn’t count as a mistake.

The statement is "Write this in English" - it's not explicit that you want a translation and not a transcription. Also, how are we supposed to know the answer before forming any associations? Genuine question, haven't been part of a beta test before

"Write this in English" would always be asking for a translation, because if you transcribed it as "yasai", you would still be writing in Japanese.

For your question, do you mean associations with the meaning of the words or with the reading of the hiragana? Either way, I think checking the hints is the best bet. If there were no hints, then I think that was an error.

Best of luck if you continue!

If I tell you "Talk in English", you will talk using only English words.

Same. If I tell you write in english, use only words that exist in English.

You are supposed to write down your new vocabulary in a notebook, to learn them.

You should also use Memrise or Duo's flashcards to create mental associations.