I've never seen a small ケ。Is that a typo?

There are some how to write what 'ヶ月'. This is one of them. Small 'ケ' in here is not typo.

It's an abbreviation for 箇, which is a counter. It's pronounced like か in this case.

Does the audio sound like じ rather than じゅ to anybody else?

As stated above, there are two pronunciations and both are correct. It could be pronounced as じゅっかげつ and as じっかげつ. I believe that these days the じゅ pronunciation is more common but I could be wrong.

The じっ pronunciation is the older form. At some point, people started using じゅっ under the influence of じゅう, basically replacing the /i/ vowel with /u/. Originally, 十 was pronounced zipu. By itself, it became zifu → ziu → zyū → jū, a series of regular sound changes (it was still spelled じふ in the pre-1946 orthography). However, when combined with counters such as ka, a different set of changes occurred, zipuka → zipka → zikka → jikka

Yep, I noticed this as well. I've reported it.

It is a small 'ケ' of katakana.

Typically katakana letter ケ is as hiragana け. But this is special case. And it is pronounced 'か'.

Why do we need that instead of just 月

Thank you for all your help! Stuff like this is so helpful to a clueless learner like myself

It sounds like it's being pronounced じっかげつ. Is that an alternative pronunciation?

It is. That's another way of pronouncing this kanji combination. In most counting in Japanese, whenじゅう is shortened to じゅっ it can also be shortened to じっ instead. Probably as a non-native Japanese speaker it's best to stick to じゅっ when saying it yourself, but be able to recognize what a native speaker is saying when they say じっ.

It does with the female voice, doesn't it. (Not so much with the newer male voice.) It's what brought me here - thank you Linda266175 for explaining!

Thanks for the explanation! I was confused by that

〜ヶ月 means a 'a span of 〜 months. ヶ is just a short hand version of the archaic kanji 箇. It's used so you don't confuse 'one month' with 'span of one month'

Do you use this only for a span of months or with any other time measure, like days and weeks? I've seen 間 being used a lot too

間 is the general counter for spans of time and ヶis only used for span of months (It is used in other counters, but only for months as a counter for time)

The history lesson helps a lot, thanks!

Just another question - 間 is used after the day (week etc.) and ヶ is in front of month. Why isn't it put after the month like any other particle ?

Although they now look identical (apart from size), ヶ was not originally a small ケ, but the left half of the 竹 radical as an abbreviation for 箇. ケ itself is derived from 介, not from 竹. The reading for 箇 is "ka" and that is why ヶ is pronounced as "ka", not "ke".

Whats the difference between ケ and 間? I've seen Kan used for week and the Ka for months.

From sasuge1's comment above:
間 is the general counter for spans of time and ヶis only used for span of months (It is used in other counters, but only for months as a counter for time)

Then why isn't the actual katakana 'ka' used???

There are the case of '10ヵ月' and '10箇月' and others. There are various cases. I didn't want to write about this, because ambigous. It is said that 'ケ' come from part of 箇(か). 'ケ' is similar to the part. But I don't know well.

I imagine somebody got tired of writing the whole 箇 and just stopped after the first few strokes, which do look almost identical to a small ケ. And then it caught on. I wouldn't be surprised if there was a time it was still written in the upper left, where it would be if the rest of the 箇 was there.

But isn't this symbol pronounced "ke" in katakana?

Though it is hard to listen because 'か' is close 'け'. It is pronunced 'か'.

"It will take 10 months" is not correct?

What indicates that the verb is in the conditional, ie 'would'?

Nothing. It can just be translated "It takes ten months" (and, in fact, that's currently the preferred translation).

How many different ways are there to pronounce each number?!

Why is the termination of the sentence written with (ri) in Katakana? Is that normal ? First time I am seeing this in the Japanese sentences.

I'm not sure what you mean; there is no katakana in this sentence. 「十ヶ月かかります」
You may just be seeing a different font used for the hiragana り than you are used to. Some fonts show the lift of the calligraphy brush around the curve while others show the slight drag between lines. Duo doesn't have a default font so it uses whatever the default is for the platform you are using. Switching browsers/browser updates may change the font displayed.
Katakana リ is much more angular/straight lined. 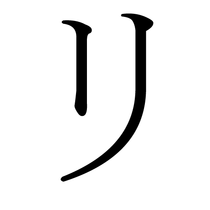 "It will take 10 months" was counted incorrect. Is there a reason why?

i just flagged this, but it didn't let me attach anything to the report. my version has suffered a glitch and has both symbols for month overlapping.

Its suppoed to be ju not ji

Actually no, it has already been explained above that it can be じっ.