if I am unsure of a meaning or a translation I always force myself to at least guess the word before I reveal it. you'd be surprised how many times your first guess is correct

Same. I came here to learn japanese but in the mean time I started learning self-esteem and self-discipline.

I came here to become a weeb, Duo! Not a responsible adult!

This. You can't cheat yourself. Outsmart these damn exercises.

Haha. I used "later" and that was not accepted. I guess im way too informal with my goodbyes. 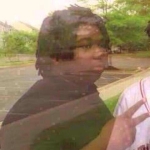 "See you" is also accepted

But they just accepted "see you later," so.....i'm not sure why they would accept this and not the simple "later"

Also, "cya" isn't a word. Definitely not in Duo's vocabulary at least. They'll only be teaching English, not text abbreviations.

i thought "texting" was a category in a few of the language courses. Also, "cya" is so incredibly common in english life that i immediately typed it as my answer too... so....

@Sihaz... i don't know how to say your name... is it Arabic? Anyway... I was pretty sure that in the russian course or something there was a whole activity on texting language (like lol, brb, ttyl) etc.

Obviously you're right, this stuff isn't spoken English, i was just saying that i understand James' mistake, because even i typed "cya" and had to correct it because it's the only thing i would type as a translation (at least on the internet) that conveys the same feeling as "またね," mostly because we would never really say "see you," even in spoken english we say "see ya," hence the origin of the text slang "cya"

pronouncing it like "see you later" sounds odd, at least where i'm from, it's only normal to say "see-yah ley-tur," or, written in text, "cya later"

I guess that's text shortening of see ya

またね seems pretty informal to me.

It is. Did something make you think it isn't informal? It's like "later".

Are you a moderator or something?

No she isn't. Just someone who comments a lot.

No she's a beast on here

same. should be accepted

It should take 'bye' as a translation. You hear "またね! バイバイ!'' a lot

Really. I was annoyed since it always wanted me to translate "Bye" as さようなら which is so wrong (either formal "Good bye" or literal "Farewell") so I tried またね there and it was accepted. That was a fitting translation for me. So now, the other direction should be accepted as well.

Yes, as far as I have gathered さようなら is pretty emotionally loaded, you might say it when you won't see the person for a long time! With that background, I agree that "bye" would be a way too casual translation of it!

I tried "until next time" and it was not accepted

I feel like this should be taught earlier instead of sayoonara.

I agree. As I understand it, さようなら is generally taken to mean a more final goodbye. So you wouldn't use it if you intended to see the other person anytime soon. またね is much more friendly.

I didn't hear anyone saying "sayonara" in Japan, apart from an emo guy i saw playing at a gig, which seemed appropriate

It's また(again)ね(okay?), like "see you again, okay?" without "see you" yes, the "okay" is freely translated, but 'isn't it' doesn't seem right here to me

The only command i search for, thanks....

I was close to writing until next time instead, it's good to know that see you later is acceptable too.

Man it's about time they included this. This is one of the first things i leaned spending time with Japanese people and I never saw it in duo or even a textbook.

This sounds like matame which is spanish for "kill me" almost like it could be : see you later.... in hell

"Later then" is also not accepted x)

I feel that "Later" should be acceptable here, but maybe it's too imprecise?

Probably too colloquial for Duo.

It literally means "next time" that should be correct!

I said later. It was wrong. But isn't this way of saying see you later as formal as as saying later?

I always thought it was まったね.

This word was introduced twenty or so skills before this one, yet duo reports it as new.

I think "see ya" should be accepted

"See you" was accepted, so maybe it was just the slang "ya"

What's the difference between "matane" and "shitake"?

じゃあまたね。This is more see you later. またね is more "see you"

I put "see you around" and it was marked as wrong - it wanted "see you later". Anyone else? I'm going to report it to Duo, since they're almost the exact same thing in English

i know it's not super important, but could we add "cya" to the answer list? in text i'm assuming there isn't a shorter version in japanese is there? cya is what i immediately typed as an answer for this and was marked incorrect.