I have been waiting for weeks for Czech to come out. It was supposed to come out today (today is the 21st) and it hasn't. I've been checking the date all day, and as of right now, it says the date of release is April 8th, 2024. I realized that that is the next solar eclipse. And it says that is is 100% done hatching. Any reasons why it says that date?

The course is in the hands of Duolingo and no longer in the hands of the creators. The course creators literally have no control over when it comes out and are waiting for the Duolingo staff to release it (which I doubt they will do until after Korean comes out in two and a half weeks). I'm assuming Nueby got sick of all the people asking if it will really come out today or what time it will come out today or why it's not out yet and so he just moved the date back to get people to stop asking. Picking the next solar eclipse date was probably a joke/homage. 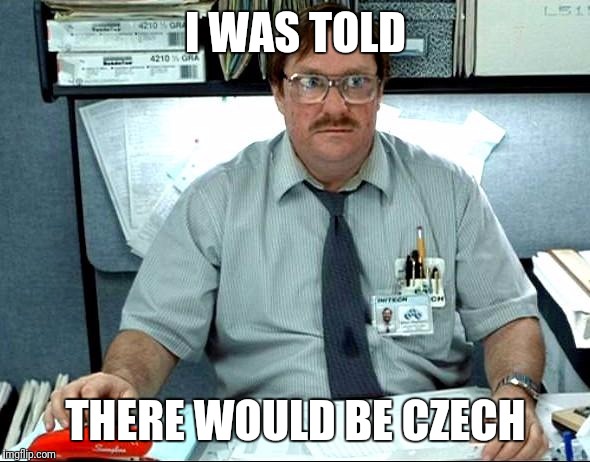 i just watched that movie and i cant remember its name. something about an office where they steal money.

maybe it is a joke

Ya its a joke

Maybe its a eclipse joke

It was supposed to come out today (today is the 21st) and it hasn't.

It was ESTIMATED to come out today (today is the 21st) and it hasn't.
The field on the course's status page doesn't say "Launching date" --- and even less "Guaranteed launching date" ---, it clearly states "estimated".
For the details about who estimates then launch and who controls it, together with details about why it's not (yet) launched, see monney30P's comment or simply the last update by CS<-EN team in the same page where you read "August 21st 2017" and where you now read "April, 08th 2017" which states:

It is insane to expect us volunteers to know what Duolingo will do and when. Yet we are the ones who maintain the estimated launch date displayed to users. Apparent responsibility without control and without access.

Any reasons why it says that date?

See the same last update that nueby took the time to wrote to explain the date:

So that is why I changed the estimated course launch date to the next solar eclipse to be visible from the continental U.S., as "no idea" in the YYYY-MM-DD format.

It's the day of the next total solar eclipse in the U.S.

It was definitely intentional. Read the incubator status update. It doesn't mean the course won't be in beta before though. It just means the incubator date is completely irrelevant to reality.

UPDATE: i read what nueby said and basically Duolingo is now in charge of the release date.

But it wasn't supposed to come out today, that was just an estimate. The 2024 is just a joke.

That's the estimated date of the next solar eclipse. A joke from the contributors.

since it is in the hands of Duolingo, that may be when it releases!?!?

Got a side question for you. This course seems to have an extremely long "Duo staff verification process" if you will. If the date is correct, (of course as you already explained it might not be) that would be exactly a month. Has any other course that you can think of needed that long, or is just me? I think Neuby explained that this course is a little bit different, but I'm still interested in the answer. Thanks.

Has any other course that you can think of needed that long, or is just me?

Yes, very recently "Italian from Portuguese" took more than 2 months between the team locked the tree and staff pushed it live, see the updates in the status page.
It was locked long before JA<-EN but entered beta a little after it (beta on iOS for JA<-EN).

And IT<-PT wasn't any "tricky" course, any course with a "tricky" finalization, in the sense that several course teaching IT and several (other) courses teaching from PT had been released before.

Nobody knows when its going to be released it could be soon or it could be in a few months.

They changed the estimate date of release 1st of September:) When they release the course then will then it also be released for the mobile application of Duolingo?

They changed the estimate date of release 1st of September:)

When they release the course then will then it also be released for the mobile application of Duolingo?

Not at the same time. The courses are always released on one platform first(*) then it arrived on the other ones during the next months (or after 3-4 weeks, at very very best case).

(*) always the web except for one exception: courses teaching a language for which it uses the new "character challenges" exercise type (up to now: JA<-EN, soon-to-be-released KO<-EN and probably HI<-EN as mentioned by that team).

Looks like we are going to wait for a few more days for Czech to be released :///

September 1, 2017
AboutDuolingo English TestMobileGearHelpGuidelinesJobsTermsPrivacy
Learn a language in just 5 minutes a day. For free.
Get startedLogin