Is this phrase used in a slang / sexual way as well?

i wrote "good thing" and it said that it's a wrong answer. can someone explain me why?

Dobrý is the adjective that means "good." If it were meant here, the form used in the Czech sentence would be dobrá, because věc is a feminine noun. Hezký means "pretty... nice... cute..."

On my second time through, I entered “pretty object,” both of which were provided, but it was rejected as an answer.

This would help us more please. 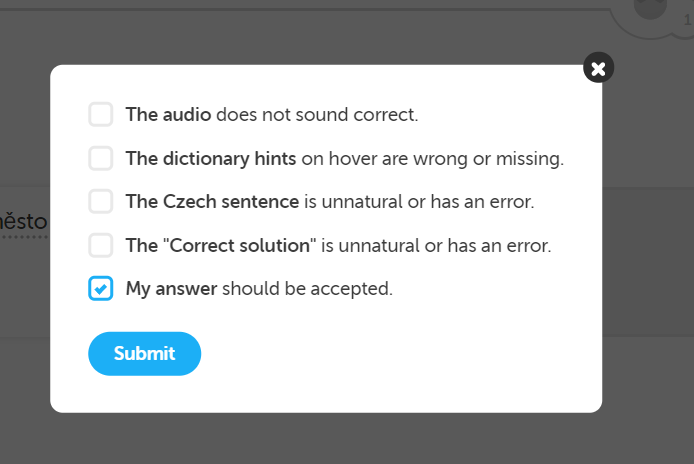 Once you learn declination it probably becomes easier, because you really just need to learn a couple of pattern words for each gender and from the way a word is declined you can then tell its gender easily. As a general rule which however does not always apply:

Btw, in case you speak German, a rule of the thumb is that what is feminine in German is usually also feminine in Czech (with a few exceptions) and masculine and neutrum are more mixed. But German grammatical genders are a mess without almost any coherent rules, so it is only helpful if your German is good. You can also often translate German words literally, by parts. For example unauffällig / nenápadný (meaning inconspicuous):

un- is the German negative prefix, just like the Czech ne- "auf" means "on" in German just like Czech "na" Fall means, well, fall in German, just like pád in Czech (both are changed slightly in this word) -ný and -ig are just suffixes that do not mean much

It is such a useful hint to learn that I should look out for a correspondence between feminine nouns in German and Czech, that I am giving away my first Lingot ever to you. :D

The last paragraph, however, doesn't make complete sense to me. Maybe it is just missing some punctuation, but you lost me on the explanation about fall and Fall. As a noun, fall can mean "der Herbst" (autumn), but a fall (as from a bike) is "der Sturz," which I understand is the meaning of pád in Czech. The German noun "der Fall" has the meaning of "case" in English, both grammatically and otherwise.

Well, it is not a perfect correspondence, but it usually works. What almost never happens is that a feminine noun in one languages becomes a masculine in the other. But sometimes you have masculine which changes into a neutrum and the same for feminine (I think masculine changes more often, but that's just a feeling).

Let me try to explain the second paragraph:

By "fall" I meant the English word fall (not Autumn but the description of something falling. By "der Fall" I mean the German noun which means the same thing (it also means falling as in falling from a bike). And "pád" means the same thing in Czech. My point is that probably because of a common history, while Czech is not a Germanic language, there is a lot of German influence. Sometimes it is obvious like in words like "mince" (coin in English, Münze in German) or "hák" (hook, Haken), sometimes it is less obvious.

When learning German I found that I can often translate Czech nouns syllable by syllable and it makes perfect sense in German. Unauffällig is my favourite example because it has 4 syllables which can each be translated separately and you get the same word. But you have other words. For example "jízdní kolo" means literally "riding wheel" but that's the same as the German "Fahrrad = fahr- -rad" which means bicycle). Although in Czech you mostly just say "kolo". It does not work always of course, but it is worth paying attention to, so when you learn a Czech word it is worth realizing what the German word is and if you speak one or the other it can help you memorize a lot of words much easier. Plus it is fun, at least for me, to see these connections. I found that while grammatically and in basic vocabulary German is of course closer to English than to Czech (except for genders and cases perhaps) but Czech is somehow "culturally" more similar, so that a lot of words are constructed in each language using the same logic (albeit German uses combined words way more than Czech, or probably any other language for that matter). Phrases and idioms are also pretty much identical. So in both German and Czech you don't have apples and oranges, but apples and pears. I found it surprising that I've pretty much always understood a German idiom the first time I heard it which cannot be said about English ones.

Also the grammatical cases. Now, German has 4 while Czech has 7 of them. However, the 5th Czech case (vocative) is sort of special and basically only used when addressing someone (or something, but when was the last time you wanted to talk to a chair? :-) ) and the locative and instrumental (6th and 7th) basically just map to one or two prepositions that are used with the 3rd and 4th cases in German - dative and accusative. And the first four - nominative, genitive, dative and accusative - are used in exactly the same way in both languages (I can only think of one exception when a German verb uses dative and the Czech translation uses accusative). So basically while the two languages do not look all that similar at first, they have connections worth looking into if you speak one and are learning the other.

This. I have been STRUGGLING with these damn Czech cases. Fluent in German so this really helped.

It's harder than German cases?

I see that "case" in German is "kasus". Is the word "Fall" actually used in German grammar? "Case" derives etymologically from the Greek "cadere" - to fall, in the sense that the other cases "fall from the nominative". Who knows anything about the Russian concept . . . ?

I don't know if it's to fall from the nominative. In my understanding, it's to fall with the meaning "to fall (to happen) randomly", as with "to fall in love" = to happen sudenly to be in love (tomber amoureux in French)

I didn't undertand the "fall" in German grammar part.

One of the meanings of "Fall" is "Kasus", only that Kasus is the latin word for it. In school you start to learn the grammatical concept of cases with the term "Fall" (1.Fall Nominativ, 2.Fall Genitiv,..) and use the term "Kasus" later in higher education.

casus is Latin a fall from cadere - to fall

So the term originates in Latin grammar books and the exact origin is not completely clear.

I do not think there is any explanation why anything works the way it does in a language. I am not aware of any rule to follow when attempting to guess a gender with Czech nouns. Being a native speaker does not help as it all seems completely natural.