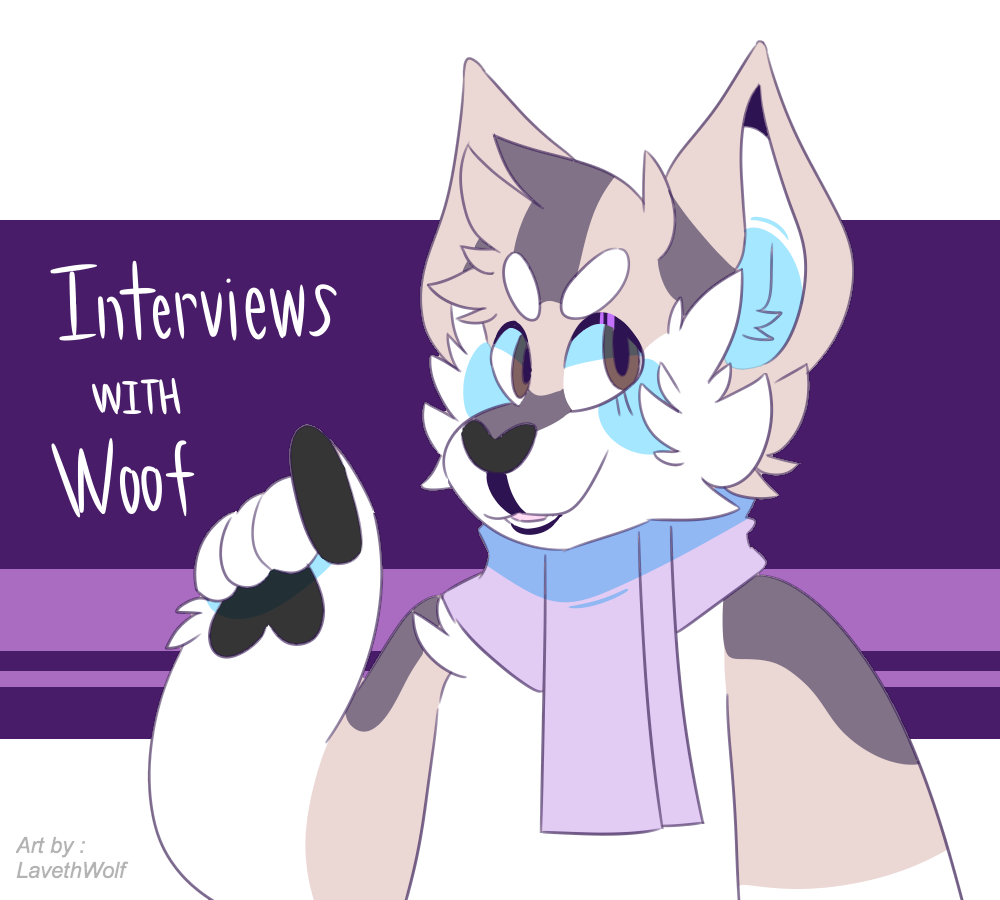 (Thank you so much LavethWolf! You deserve a million bucks and a million lingots!)

Hello! I am a friend of Woof. and I help her with duo interviews! This is the first interview, with Miatopo and Patrick.Phang!

Woof.: Hello Miatopo! Question 1: When did you join Duolingo?

W: Awesome! And which removed duolingo feature do you miss the most?

M: I haven't noticed too many changes, during 2016 I went inactive for a while from DL. When I came back, though, It seemed that I couldn't do lessons on my ipad if I was offline, and I'm pretty sure I used to be able to do that. Another thing I noticed that was new, was the gems and health stuff. It worried me at first, because I wasn't sure how it would affect me. I'm not sure what happens when health runs out, because it's never happened to me. But that could also be because I practice DL on my PC more than I do on my ipad nowadays. I just haven't enjoyed or seen the point of the health bar on the app. So I guess that's the feature I miss, or rather, not having this feature.

M: For me, Duolingo is very effective and hands down the best option I have ever come across. It helps you in as many ways as it can to speak, write, and understand the language you want. Plus, I like that it lets you learn more than one lesson at a time. I tried a lot of other websites and apps, but once I found Duolingo it was like everything I ever wanted and more. Even after trying Duolingo, I went to babble and Memrise and Busuu, but I just didn't like them. There were a few issues that always lingered over me about them. One, their sites and apps were just not as polished and simple as Duolingo. Two, I didn't feel like I could progress as fast or as easily as I did on duolingo. And three, the biggest thing was that they all cost, at least if you wanted the full features. Duolingo is a blessing when it comes to freedom. more than one language at a time*

W: And how many languages have you learned here that you can converse in?

M: Two, Italian and Spanish. I picked those languages out first (just added French a day ago) because I had the most reason to use them. My dad speaks Spanish but he never taught me, so I learned it myself so that I could converse with him (Obviously not as well as he can yet, but I'm doing really well!). I've surprised myself by taking over a conversation he was having once with a woman who only spoke Spanish at one of our recent garage sales, when my dad couldn't think of the words he wanted to use. I chose Italian because I have dozens of relatives in Italy, most of which only speak that language. I wanted to be able to talk to them, but I figured it would be a difficult language. Surprisingly, Italian clicks with me more easily than any other language! I can understand and speak in that a bit more than I can in Spanish.

M: 'The best things in life are free' That's totally true when it comes to Duolingo. I know it sounds kinda cheap, but as I've become a young adult, I've just really realized and come to appreciate how much this site offers for nothing! It's special and unlike any other learning source I've found. This is the way learning a language should be, not a trap for people to make money off of, but something that's an open opportunity. Forever. As long as your mind is up for the challenge of learning one, two or even three languages, why should anything else have to stop you? Especially money? I appreciate that about Duolingo, it's my favorite thing about the site. Having no restrictions makes me excited to learn a language. I hope that's considered a 'feature' of dl ^^

W: Are there any languages you want that aren't on duo? And if there are, what is it/are they?

M: No, not that I can think of. I checked the list too, and all the languages I hope to learn after I finish with Italian, Spanish and French are there.

W: Have you finished any of the trees?

M: Not yet, but it looks like Italian will be my first to complete soon.

W: Excellent! And final question: Would you like to say something to the duolingo community?

M: I'm glad that we can share this opportunity together and that Duolingo has such a place for people to talk to, help each other out, join clubs, and become friends. It wouldn't be as nice if we couldn't, would it? Through this feature, the community has spread a lot of encouragement to people like me. Thanks for that! I hope that everyone finds the site a useful option for learning a language.

Thank you Miatopo for these words and for this interview. I really enjoyed interviewing you!

And next, there is Patrick.Phang

Woof.: Hello Patrick.Phang. Welcome to Duo interviews! Question 1: Why did you join Duolingo?

Patrick.Phang: I discovered Duolingo by accident, I was trying to learn German and French, but books weren't enough, so I looked for some good web sites, and Duolingo appeared. I instantly loved the site, so I stayed and decided to learn more languages.

W: Cool! When did you join duo?

W: What in your opinion was the best change made to duolingo?

P: That's a hard question, many things have been changing here since I joined, but the greatest change I've seen is Duolingo Labs. DL Stories and DL Events are great ideas that can improve language learning here, and in my opinion, there's nothing else here that can be better than reading texts in other languages (Stories) or create groups of speakers to talk in the language they are learning.(Events).

W: And how many trees have you finished here, and how many languages do you think you could converse in that you learned here?

W: Woah, that's really awesome! What is your opinion on duolingo? Is it effective? Is it better or worse than other language learning websites, such as Memrise, Rosetta stone, Busuu, etc.?

P: Well, each website has it's good and bad things, but I'd say that Duolingo is much better than other websites I've visited before. Before I joined Duolingo, I tried Babbel, but it wasn't effective. Memrise is good also, actually, I use Memrise to learn vocabulary that Duolingo doesn't teach, and also to learn some languages that aren't in Duolingo yet, like Volapük, Yiddish or Sanskrit. Busuu is pretty good, but I don't like the way they teach you new words.

P: As I said before, Labs., they are awesome. But there are other features that not all websites have, like the Incubator, this allows people to create their own courses, I don't know where would Duolingo be without that. The Discussion Forum is also a great feature that many websites have, but the members that conform the Discussion Forum in Duolingo are awesome, and communicating with them is also a great tool for language learning, communication and social skills, etc.

W: And are there any languages that you want that aren't in the incubator or on duolingo?

P: There are lots of languages that I would love to learn the Duolingo way, but the ones I want the most are: Afrikáans, Albanian, Finnish, Icelandic, Latin, Luxembourgish, Sanskrit, Scottish Gaelic and Quechua.

W: And finally, is there anything you'd like to say to the duolingo community?

Awesome Patrick.Phang! Thank you for this interview and for your last sentence!

Woof. and I really enjoyed this! Thank you all, and we both can't wait for next interview! We hope you ''apply'' :)

PLEASE NOTE: I am NOT Duo_writer. I have never met that person in real life, or even talked to them on duolingo, I simply got the interviewing idea from them. Repeat: I AM NOT DUO_WRITER :)

Hi folks! I've really enjoyed reading these interviews. Just a quick reminder, please don't ask people to share any information that is prohibited by the Community Guidelines. So, stuff like age (which includes information that could be used to deduce that someone is under 18, this includes school grade, mention of homeschooling, etc.) Please check the above linked Community Guidelines for a full list. This information wasn't included in the Interviews, but did pop up in the comment section. Let's set a solid example of internet safety practices for each other!

Thank you for this post Usagiboy. We'll be sure not to ask these questions, either in future interviews or in the comments section. :)

Thanks, Duo_Interviewer! I appreciate that! As for the places the interviews are taking place, please do not explain how that works to people. ^_~

Oh, I am so sorry about that! I'll find another way for interviewing!

Nice Art! did you design that?

And uh... also, not to be rude, but your writing style and the way you present yourself reminds me of Duo Writer. Just had to throw that random thought in my comment!

I'm not Duo_writer, and neither is woof. I did see their post though, and I was disgusted by the fact that he photo-shopped fake information. I have to admit though, I did get the interviewing idea from him, but this isn't a revival of duo news. I can understand why people would think I am Duo_writer, but I'm not.

Oh, I'm aware! You can never be too careful with these things though. A repeat of what happened before wouldn't be very nice, after all. Actually, it's better than you've officially said it.

But then again, I know you're likely not the same person. Good job on the interviews, and trying to salvage a good idea that someone else executed badly.

I'm actually glad you're a different person. Though, ya might wanna write in your bio that you're not DUO-WRITER

"There are lots of languages that I would love to learn the Duolingo way, but the ones I want the most are: Afrikáans, Albanian, Finnish, Icelandic, Latin, Luxembourgish, Sanskrit, Scottish Gaelic and Quechua."

Glad you enjoyed the artwork! Also, good job on the interviews; they were quite fun to read through.

Thanks for the interviews, I've found them very entertaining to read. Looking forward to the next ones!! Btw, are you going to publish the future interviews in a fixed day of the week, or can they be out in any day? I wouldn't want to miss one, in any case if you keep the post title, I think I'll be able to find them looking for "Duo interviews" ;D

Woof posts every Saturday, Pranavamathi hasn't picked a date yet, and I try to do Sundays.