Do you have a favourite language?

This is a question mainly for language lovers who like to learn and practise many different languages. Do you have a favourite language? If so, why? What makes this language special to you? Is it something inherent to the language, how it sounds, its writing system, its grammar and structure... or is it because of the culture(s) where the language is spoken, or do you have some very personal reasons?

Personally, I don't really have a favourite because all languages I'm learning have there own particularities that I like. But if I had to choose one it would probably be French because this was the first really foreign language that I learned and it was the beginning of a journey that has changed my life in so many ways. I also like its etymological spelling and the great variety of nations where it's used.

I personally started Duolingo simply to learn French, mostly because it would be incredibly useful at that time and I often have taken trips to Quebec and Ontario in Canada. I absolutely love the way the language sounds, and the accent also is very attractive. The words simply sound beautiful when I speak the language and I sort of like the way it feels in my mouth.

For a time, I was actually learning Norwegian, probably because Scandinavian languages have always been alluring and nice sounding to me when I've heard people actually speak them. I positively am very fond of the Norwegian course especially because it's so detailed and has a lot of content.

But, I absolutely loved Swedish most of all and stuck to learning it instead of Norwegian, although my intentions actually weren't to finish the course at all, and yet I did, after fifty days of practicing and learning new words. The way the words are pronounced sounds impossible beautiful, and the accent makes it seem like a song, honestly.

Recently, I've decided to learn Dutch also, probably because I've always wanted to visit the Netherlands (especially Amsterdam, in fact!). It's also much easier than I had initially thought, probably because it's actually very closely related to English (both Dutch and English are West Germanic languages).

Thanks for asking! ;D 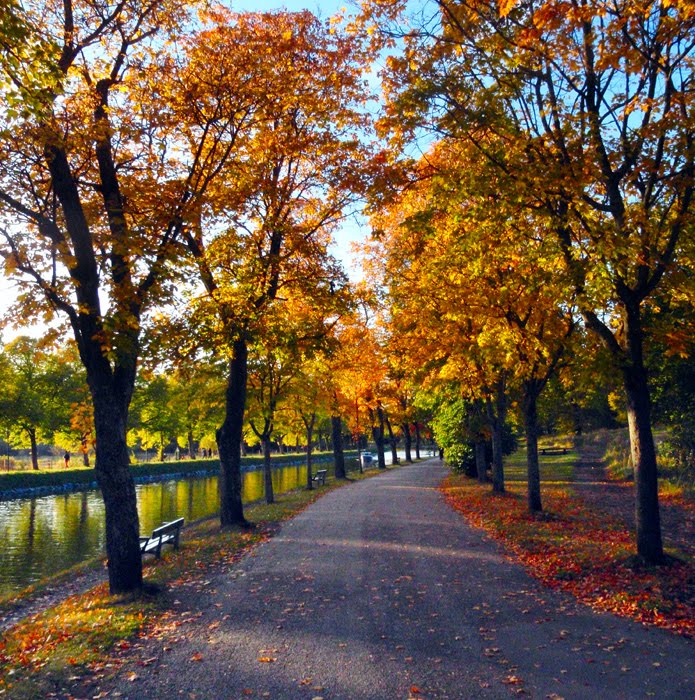 Thanks for adding me as a friend!

Wow only 2 more followers until you have 100 followers!!!!

My favorite language is Welsh because the flag has a dragon on it, which is pretty cool. I also really like the sound of the language, and when people look over my shoulder and read off what I'm practicing on Duolingo, whenever I'm doing Welsh, they really mess up the words because a large portion of Welsh words have no letters that are vowels in English, because they treat y and w as vowels.

Cool! I guess you develop a more personal relationship with a language that is not widely studied. Have you ever been to Wales?

I've never been, but I've seen pictures like the one you posted and Wales is simply beautiful. I'd love to go sometime, but that probably won't happen anytime soon, as I live pretty far away and I'm not even close to old enough to travel on my own. Maybe someday, though!

I used to live there, it's a great place, you should go sometime.

Yes I have a favorite language and it's Spanish!

Southern English, It's the one I speak best :)

No!! haha. It's American English with an Southern American accent :)

Yeah, at the youth rodeo where I work at, My boss has a really strong southern accent (everyone around us pretty much does, including my older brothers.) That's where I get mine from, I always try to not use it, because most the people around here including myself don't like fake accents :)

I live in Sevier county TN, so there are a whole lot of tourist passing by here. I can understand northerners pretty well, but I always wanted to learn another language, so that is one of the reasons why I am learning Russian.

Oh I live in Charleston SC! Tourist seem to flourish here so I am probably one of those people haha but I do enjoy them sometimes since my BF was a tourist and thats how we met and thats why I'm learning swedish! I wanted to learn a language so I am bias on swedish but have fallen in love with Scandinavian culture now

And the generic word for soft drink is "Coke". By the way I think people from South Carolina have the best accent.

I would love to go to that South Georgia. More peciesely I have heard the term used in Jacksonville, FL, USA, which I think of as south Georgia, since culturally it is more Georgia than Florida.

South Georgia at least. It is interesting NJ is soda also.

Ah, your BF :) That takes learning a language to a whole new level. lol.

French is such a beautiful and wonderful language, but the way my elementary school taught us was so mind numbingly boring that I shyed away from picking it up again until this year (now a sophmore in high school).

German is arguably my favorite because of it's straightforwardness. It's by no means an easy language, but there's just something about it that's so interesting to me. I love the way it sounds and would love to continue learning it.

Although I haven't really started learning them, Slavic languages have always interested me, especially Croatian and Czech. Crossing my fingers for a Croatian course on Duolingo soon, but in the meanwhile, I might as well try Czech!

Polish is by far my favourite language to learn, speak, observe, and use in all ways. I cannot really explain or describe why, but the language 'speaks' to me in ways that no other language does.

It is such a wonderful challenge to learn and even to use in writing/speaking. The grammar, spelling, and pronunciation are so complex, intricate, demanding, yet so beautiful. The Polish language has brought such extreme joy, insight, and an outright sense of personal accomplishment to my life the more I progress with the language.

That sounds wonderful! I am a big fan of Poland myself, but haven't tried to learn the language yet. Have you visited Poland many times?

All of the languages I am studying are my favorites! It's too hard to choose just one!

I would agree with that :)

I cannot decide my favorite language. I love them all.

I see that you have learnt Welsh and Esperanto... I guess it's not for their general utility. ;)

Other than English, French is my favorite because it's the foreign language I speak best

Remember: you are never bad at a language, you just haven't practised it enough yet!

Nope, I was born and raised in the United States.

Norwegian, Hungarian, German, and French are my favorite languages!!! They are tied, but I'm focusing on Norwegian right now

I like norwegian because it's weird seeing a language that's very similar to english, but also very different, and I think it sounds really cool (I LOVE the r sounds!!) Also, a lot of my favorite musical artists and vloggers and stuff are from norway!

Then you must go there, it's beautiful!

My plan is to go there next years as a foreign exchange student!! I'm currently saving up money!!

Chinese (Mandarin). It has a beautiful writing system and the language makes sense.

Well, it's very hard to choose, but perhaps my favourites are Spanish, Japanese and Danish. I like Spanish mostly because how it sounds, but I like the culture, too, and Spanish quiets me down, when I'm nervous. I like Japanese also for how it sounds, it is so clear, and somehow I don't know why it reminds me to my native language, Hungarian. I like Danish, because I like very much the Danish culture. Actually I began to learn it, because Denmark is my favourite country.

I always found that it looked kind of cool and when I looked into it first, I just wanted to know how to pronounce these weird words. I was amazed to find a system behind it that already tells something about the grammar, manages to accommodate much more consonant sounds than the Latin alphabet has letters for, isn't too difficult once you recognise the system and that makes zero sense to most people who have never looked into it. That's already pretty cool.

However, when I finally had a look at the grammar, I was completely intrigued. The way some things are expressed were quite different from the languages I was used to, but at the same time I could see that there was a beautiful logic and system behind it and it all made perfect sense. In fact, I had been collecting features that I would find interesting to see in a language and that I would use in a conlang of mine one day - and Irish was the first language I saw that actually had quite a few of these features! So in some sense Irish is "my" language that was just waiting for me to find it.

I see, it seems like it's the language itself that interests you... Do you have any experience of interacting with Irish native speakers, or Irish culture?

Meanwhile yes, I've been to the Gaeltacht a couple times, but the language was first.

English is the best!!!

October 3, 2017
AboutDuolingo English TestMobileGearHelpGuidelinesJobsTermsPrivacy
Learn a language in just 5 minutes a day. For free.
Get startedLogin