Hi. My name's mook, and I am a native speaker of English. About five years ago, a friend and I discovered Duolingo and my mind was absolutely blown. Learn German and have fun at the same time? What better way to waste our time? My buddy and I kept practicing as a joke, and he eventually stopped, but I just kept on going. Eventually I was at a point where I could (lentement mais sûrement) make my own sentences, and I could understand it rather well. However, for whatever reason, I drifted away from my favorite little green owl, stopped using Duolingo. I stopped practicing, and within a month I lost just about all of my German.

About two or three years later, I was getting ready to take my first foreign language class (le french). At about the same time, my friendly green owl popped up, and caught my eye as "Apple iPhone's App of the Year." I looked at it and told myself that it would be kinda funny if I could show up to a french class and already speak fluent french, so I practiced a decent amount during the summer before the class started. Along the way, I found other really helpful apps (fluentU, memrise, to name a few) and youtube channels (Français Authentique and EasyLanguages are a couple) help me on my journey to learn a new, foreign, language.

The class had finally begun, and I walked in, sat down, put on my best french accent and said, "Bonjour Madame ! J'ai beaucoup pratiqué mon français pendant mes vacances," a sentence that had been rehearsed at least four times, and she turned and said "hon hon hon french french french things I didn't understand baguette" and I didn't hear a single word (my comprehension was gaarbage) but that didn't stop me from practicing. With Duolingo (and my little army of language apps) I was always way ahead of the class, asking important questions for the other students and adding little tidbits of information. After about a year, I was conversational in french, speaking (not without a few flaws here and there) with the teacher without using any English.

Duolingo introduced me to language learning, which is now somewhat of a hobby now, and I have studied numerous different languages. I now speak french fluently and use it every day, and I am currently tackling my third foreign language, Japanese.

And now, as of this moment, I am studying abroad in (surprise) France for the next ten months, leaving everything familiar behind to venture into the rather foreign. Big big thank you to everybody at Duolingo for helping me realize my dreams and accomplish them, in a manner both free and fun.

Cool story. I also think duolingo is a great opening to other languages. Nice to see your investment has payed off.

Makes me more motivated! Thanks for your story.

It's amazing how duolingo can lead to something like studying abroad. It hasn't affected me in that way at all, and I've only been doing this off and on. I'd love to be able to have it help me in a big way, though. And of course, for me to keep at this for a long time!

Congratulations! That is a very cool story!

Mookie—That is so great, look at you studying in France! We hope you keep us posted about how that goes =]

Awesome! It's so wonderful to see such dedication to learning a language. It helps motivate me when the going gets tough and I feel like quitting.

Thanks for sharing this. Although I hadn't done French since HS I did a quick review on Duo because I was invited to sit in on a French club meeting in NY and WOW to my surprise and relief I was able to make a not too embarrassing appearance. 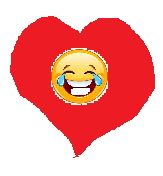