Those changes on the exercise page @karint told you about were supposed to make it easier for us to port mobile-only courses to web, right? Like... Japanese, right?

We are delighted to announce that today you will be able to try the Japanese beta course on web!

We are sure you have many questions… such as “What about Korean???” Alright, alright. We did both. Treat yourself and try Korean beta on web today as well! :)

The languages should appear in your standard language picker today. If you can't wait and want to start right away, go to your settings and select from the dropdown. If you started on mobile, it should be available in your dropdown flag above, in the blue menu bar.

And here is a small beginner’s kit of optional things:

We are very excited, and hope you enjoy it!

TL;DR Japanese and Korean now on web, no big deal.

I had a feeling something was going on. For a week or so I haven't been able to use Strengthen Skills on web and, at the same time, some of my skills had become unable to be gilded anymore. It's nice that these things are now working once again. Well done! ^^

(Don't read any more of this post, as I've run out of positivity...)

*Sigh.* I knew this day would come eventually, but I'd complacently assumed there would still be a couple more months before the web courses got nerfed with these "character challenge" exercises. It seems that I was entirely correct about how they'd be implemented on web:

It's now no longer possible to do the courses without a mouse; we're now required to tediously switch back and forth between keyboard and mouse (similar to Memrise), from which not even Timed Practice has escaped...

HOWEVER, I can't believe there's something else far FAR worse than anything I had been worrying about... 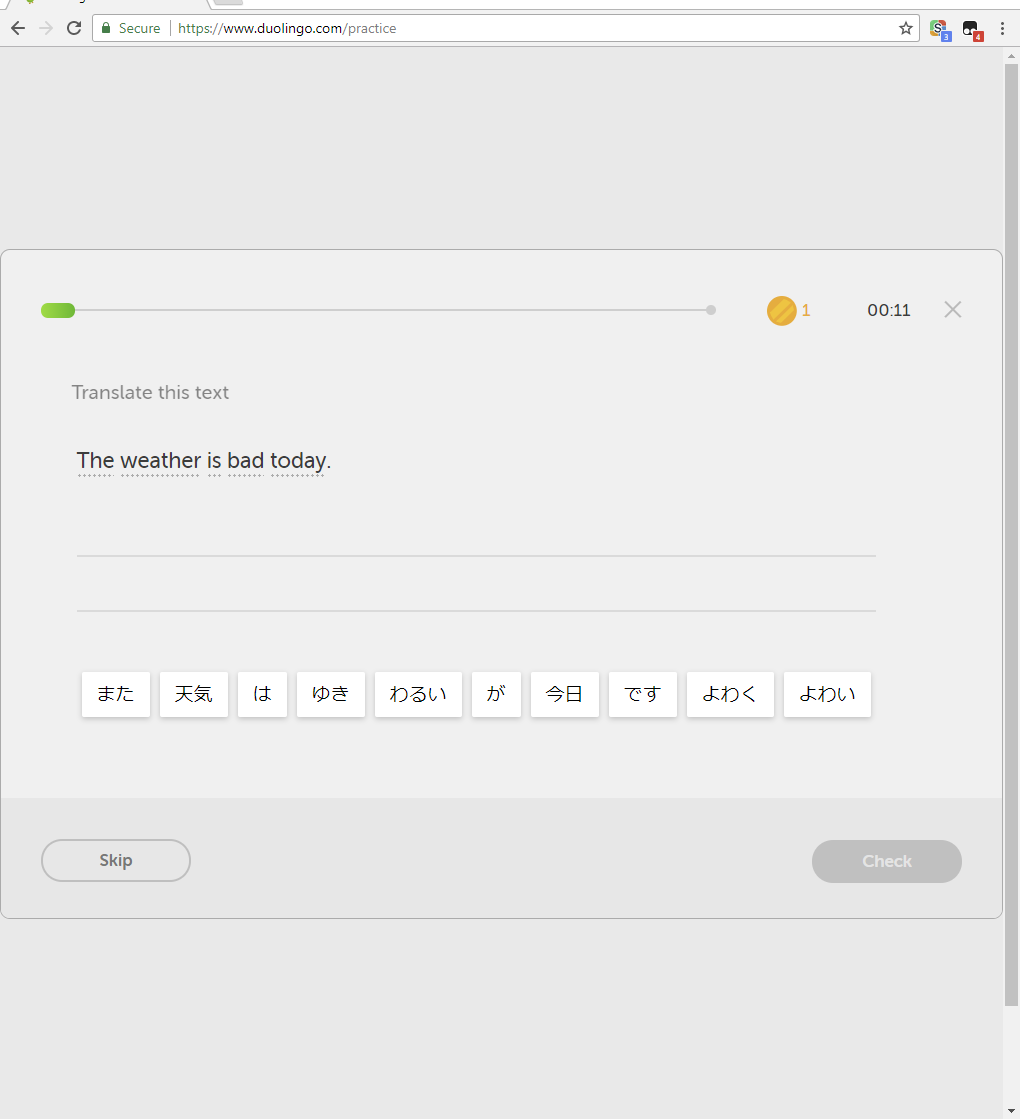 Please tell me this is only temporary!! Is there really not going to be any Japanese typing on web anymore?!?! The course on web has now mutated into an exact replica of what it's like in the app...

If this isn't just some horrific coding accident which was never supposed to have happened, then... I... don't even know anymore... This feels like a really awful nightmare right now. (;_;)

Urgh... And in my comment above asking to not put the new exercises in the "old" courses I only thought about those "tap the pairs" challenges. I didn't even think "rearrange the words" would be a possibility. -.-

This is even more fiddly than the app, and I didn't like the app because it is so slow and fiddly to enter an answer even if one immediately knows what it is; these sorts of exercises simply don't work on a non-touch screen. I hope this is because the course has just been transferred from the ap and the sentences have yet to be differentiated from the 'match-the-pairs'-type exercises (which are also fiddly, but more defensible when teaching the script), and will soon be fixed so that one can type normally like every other course on the Duolingo.
Until they do something about this, I find myself in the unprecedented situation of considering that the app is now better than the website for Japanese.

I didn't see your post here and replied to one of your comments higher up but can only agree here again with you. I found out about this like you and can only console myself with the Jp to En course which (along with the Japanese discussions) is teaching me a lot.
Hopefully they'll provide us with an option to choose between a typing mode and a "rearranging tiles" mode. However I wouldn't be very optimistic as the tile system is much easier to maintain (you don't have to take into account all the different ways to say something in Japanese).

I really don't like reordering the tiles and matching the tiles, especially in timed practice. Typing Japanese would be much easier, although I'm glad that Japanese is on the web now.

This looks terrible. Please Duolingo Staff, don't do this to any other courses on the web version. We use the web version for a reason. I can understand how people feel. If a language means a lot to you and you want to learn it, you would prefer to type in it frequently. 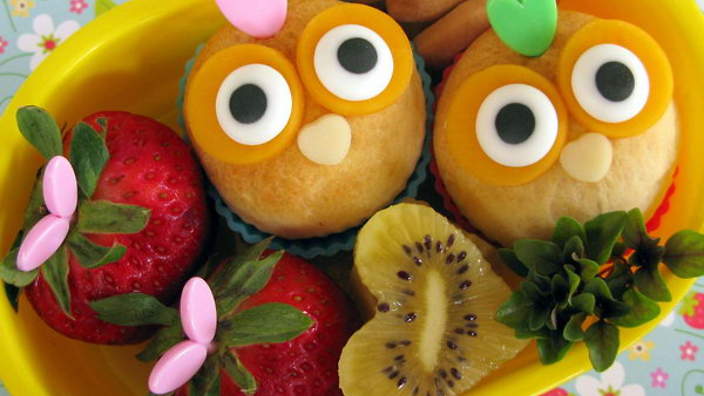 This was literally me for 5 minutes. So happy

If this ain't me, Lol XD #relatable

Where are the open-ended translation / typing exercises? I have done 300XP of Japanese so far and there has not been a single of these types of exercises. Are there any at all in the course?

And why am I being given these multiple choice questions? They're boring, and wasting my time.

I feel betrayed. I signed up for this course thinking it would be like other DuoLingo courses, having open-ended recall and typing, and so far it's just been multiple choice.

It feels like I'm being given a mobile course on Desktop. There are multiple reasons I don't use DuoLingo on desktop, and one of the biggest ones is that it's mostly choosing things from lists, it doesn't require open-ended translation and typing, and I think this is a huge omission.

It's also frustrating given that the reverse course (English for Japanese speakers) which I had been doing for months (until I was forced to stop when the site redesign happened because the reverse tree userscript broke and still hasn't been fixed), had these open-ended exercises. So it's like I'm regressing to a more elementary level.

It's really frustrating. I want to learn and to be challenged. I don't want to be bumming around wasting my time doing stupid exercises where I choose things from a list of words. I want to have to recall those words and I want to have to type them out using an input method of my choice that I installed and configured and learned how to use. I already invested my time in doing those things, now you invest your time in giving me a real course that I can learn from instead of some watered down junk that is no different from your mobile courses.

I had a 168 day streak starting from the 24th of April from doing this course on web, and it has been full of exercises requiring Japanese typing...

Upon the course finally getting its "official" release for web last night, now it has suddenly transformed into this exact replica of the app. Now there isn't any Japanese typing in the whole course whatsoever.

However, personally I still believe (naïvely?) that this is just temporary. Sure, we're almost certainly going to be stuck with the horrible tile matching exercises for eternity, but I don't believe the open-ended translation exercises requiring Japanese typing won't ever be coming back.

My reasoning for this belief is based on the fact I've received 33 emails from "Duolingo feedback" for this course where a contributor said they added my alternative translation to the list of accepted answers. Of these 33 emails, 14 of them are for Japanese sentences such as where I'd been marked wrong for typing more kanji than what appears in the default answers.

If we really were never going to be allowed to type Japanese answers ourselves, then I don't think the contributors would have spent so much time adding hundreds of alternative Japanese translations. ^^

(I'm still not entirely confident in this belief though. And I'm also worried about whether this change is even allowed to happen until after the course reaches Phase 3 now...)

Japanese looks beautiful! I can't wait to see how Chinese is going to look like!

I really hope they don't ruin it like they did Japanese by making it all mobile-like exercises, and that they give Chinese open-ended typing exercises.

I know, me too! I cant wait to start learning Chinese on Duolingo! I'm already learning Japanese, Korean, and other languages with Duolingo and it is great so far.

Chinese looks really cool! I know how to read and write Chinese!

Time to neglect my life for a few days. Also will the Japanese tree be updated? It seems short for a language like Japanese.

All trees will be updated eventually... one step at a time PotatoSanta :D

"PotatoSanta" has to be my favorite username on all of Duolingo.

Don't update yet! I am so close to finishing! =P

The course is supposed to teach enough to pass the JLPT N5 test, the Japanese Language Proficiency Test , easiest level.

I AM SO FREAKING HAPPY RIGHT NOW, YOU HAVE NO IDEA!!! 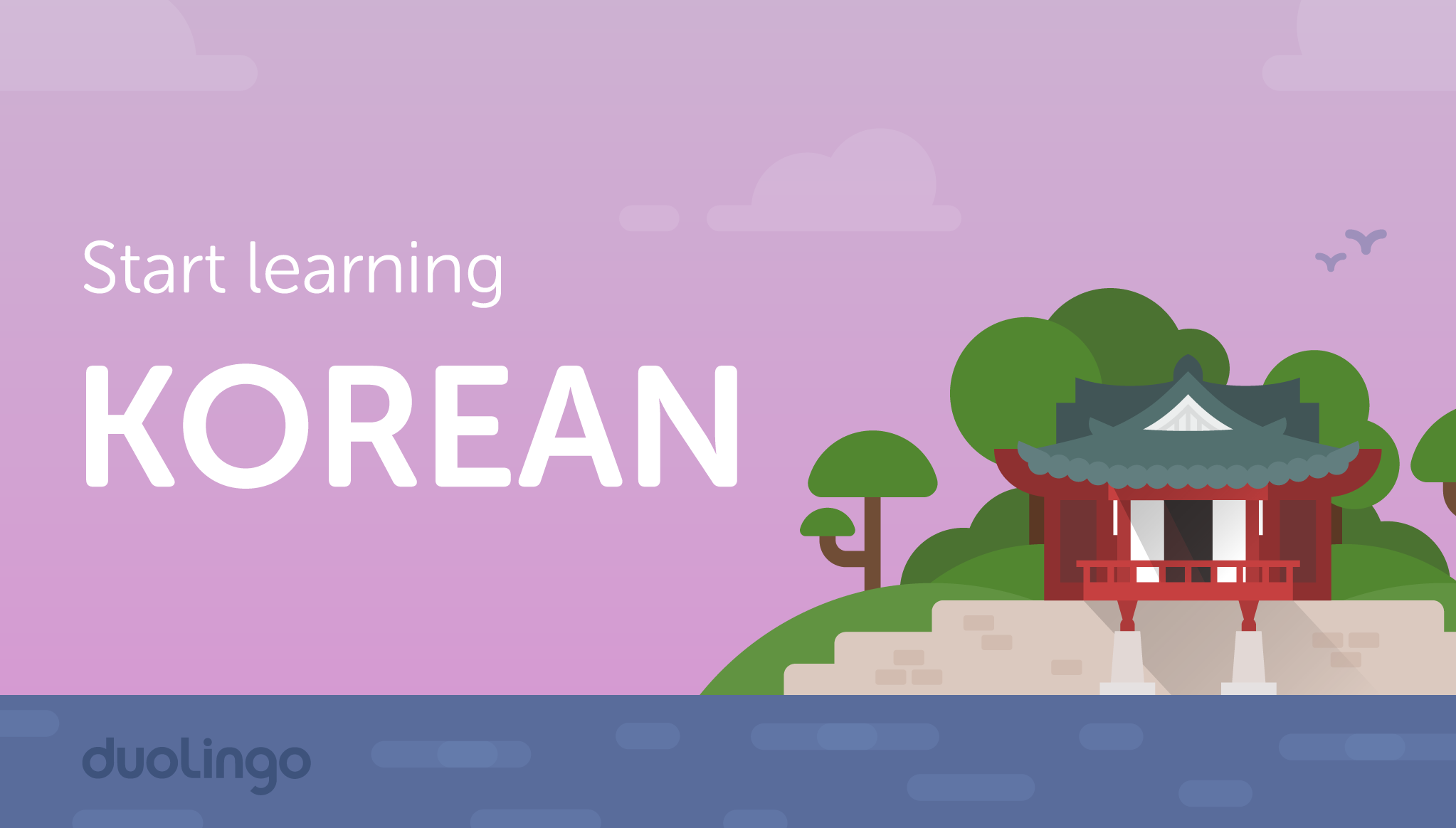 Changed my profile picture in honor of the occasion :)

Ah, why is it that even the animated owl for the Japanese course looks beautiful?

And I was about to say that maybe I should change my profile picture for the occasion, but then realized I already did - over 4 years ago when I made my account. :)