Duo meets his ancestors in Egypt!

When I got an e-mail from Duo telling me that he will visit Egypt in his world tour, I was so excited that I will finally introduce him to his ancestors! Because in the Ancient Egyptian Hieroglyphics, the owl represents the letter “M”. See if you can spot Duo’s ancestor in the below mural. 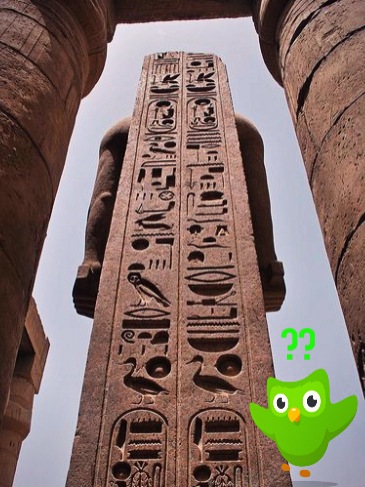 The back of a statue in ‘Luxor Temple’ - Luxor, Egypt

We started our journey further south, in Nubia, a beautiful place by the Nile. The people of Nubia speak Nubian which is considered by the UNESCO an endangered language. Duo was so fascinated by their colorful homes and smiling faces that he was committed to dedicate a course to their language in the future. 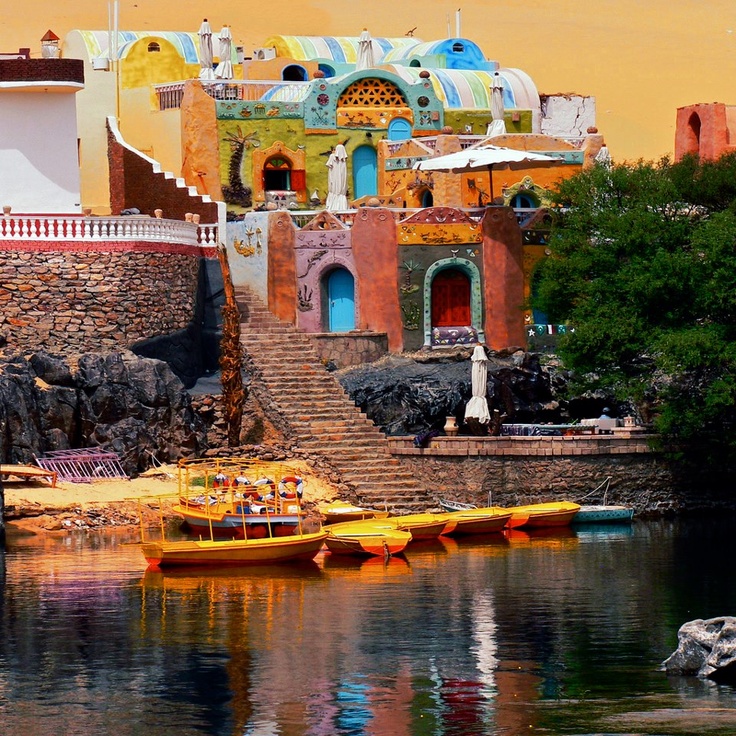 We then took a Nile felucca to Aswan! The Nile connects Egypt to its African heritage, “It’s my first time to ever listen to African music!”, Duo told me as he danced to the beats of TheNileProject. 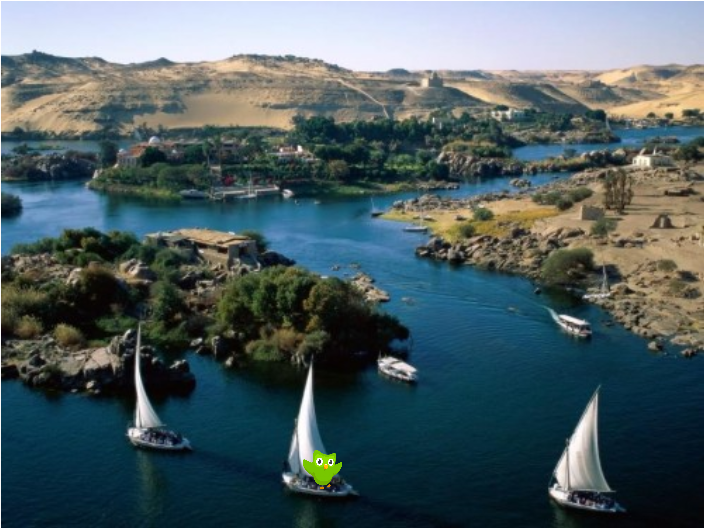 Next stop, Cairo! We visited Saints Sergius and Bacchus Church, which Caireans call “Abo Serga”. It’s believed that this 4th century church was built on the spot where the Holy Family, Joseph, Mary and the infant Christ, rested at the end of their journey to Egypt. 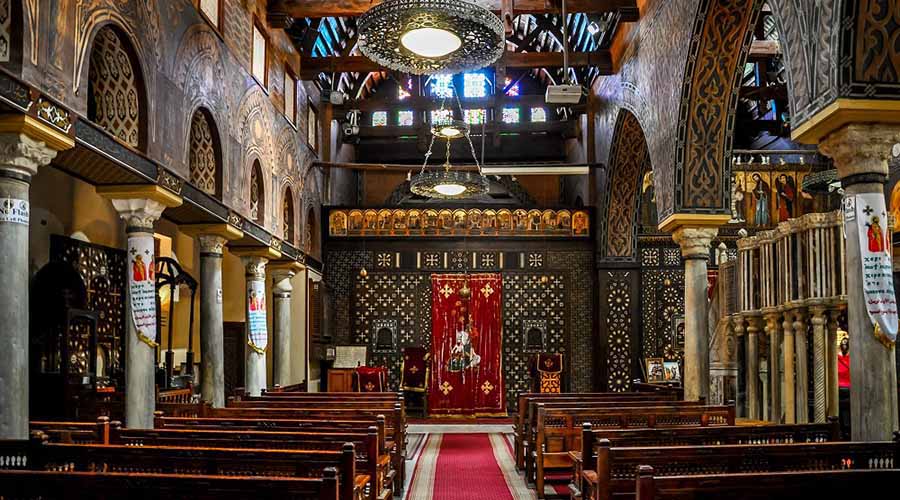 Close by was Ben Ezra Synagogue and Amr Bin Al-Aas mosque. According to local folklore, the synagogue is located on the site where baby Moses was found. And the mosque is historically the first mosque built in Cairo and arguably in Egypt and Africa. No wonder Egyptians call this part of Cairo “Mogama’ Al-Adyan مجمع الأديان “ , the religions compound. 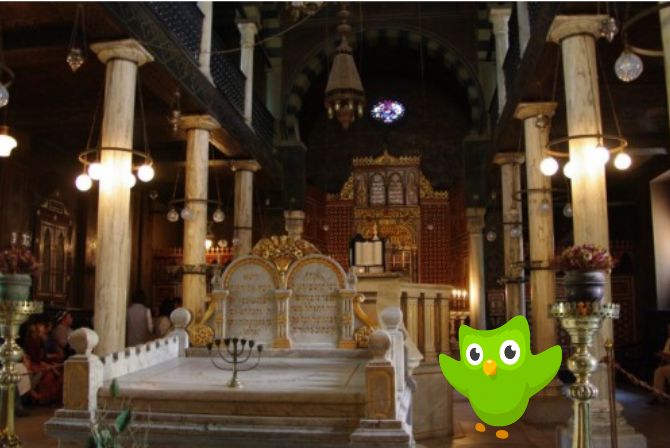 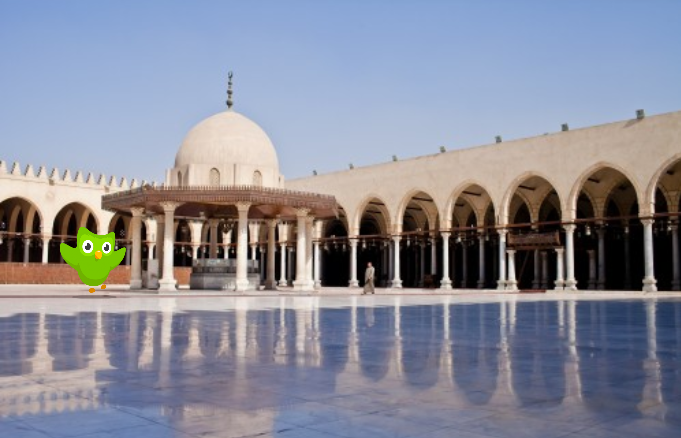 We then went to Siwa, an Oasis in the Grand Sand Sea in the Sahara desert. Safari, natural remedy, desert stargazing, sandboarding, you name it! We also enjoyed talking to the locals in Arabic AND the Amazigh language, yes, the population there is bilingual. Duo keeps adding more languages to his wish-list!

Sadly, Duo only had one day left, just enough time for one more place. Since Duo was not accustomed to the hot weather of Egypt I decided to take him to Saint Catherine in Sinai, let’s just say Duo was so happy to see the lovely snow again! 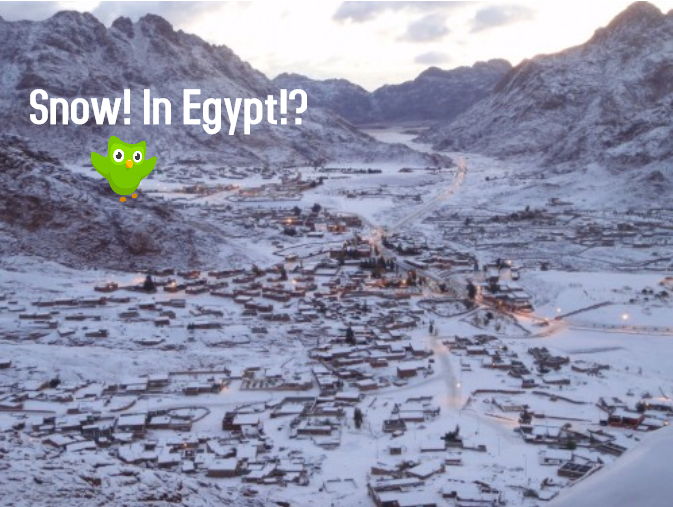 And as Duo was about to fly to his next adventure we realized that we were so caught up in our travels that we forgot to visit the Great Pyramids of Giza! I promised Duo that I’ll take him to see them the next time he visits, and he promised me that by the next time, he will try his best to get an Arabic course in the incubator!

I remember when I was a kid the Egyptian tour guide asked us who's name starts with an M? Some of us and I raised our hands and then she said that the owl symbol is the equivalent to M. Everyone laughed as the owl is considered a symbol for bad luck in the eastern culture in contrast to the western culture where it is a symbol for wisdom.

Nice. That last picture is neat. I wonder what the ethnicity of people in the region now known as egypt before the muslims came.

It's hard to tell, a National Geographic research concludes that only 17% of modern Egyptians are Arabs. Also, Arabs made migrations to Egypt way before Islam. Muslims are people of faith and not an "ethnicity".

Yeah, that makes sense. Identity gets complicated. That is an interesting figure from National geographic. It probably would have been more correct to say how did people think of themselves identity-wise before Islam arrived, and that does include the question of who is Arab and thinks thats important.

And also, that figure is not that 17% of Egyptions are Arabs, but how that figure has been calculated is that the DNA tests they have done indicate that 17% of Egyptions ancestry comes from Arabs. Which really could be ambiguos without meths, And I don't see a methods area, which I don't like. I like knowing how they do these tests, but there general explanation makes sense.

That's amazing, I wish this was announced before, I would've joined you guys!