Somewhere in the Hiragana lessons there is a multiple choice exercise where both "おちや" and "おちゃ" are given. Here's a screenshot: 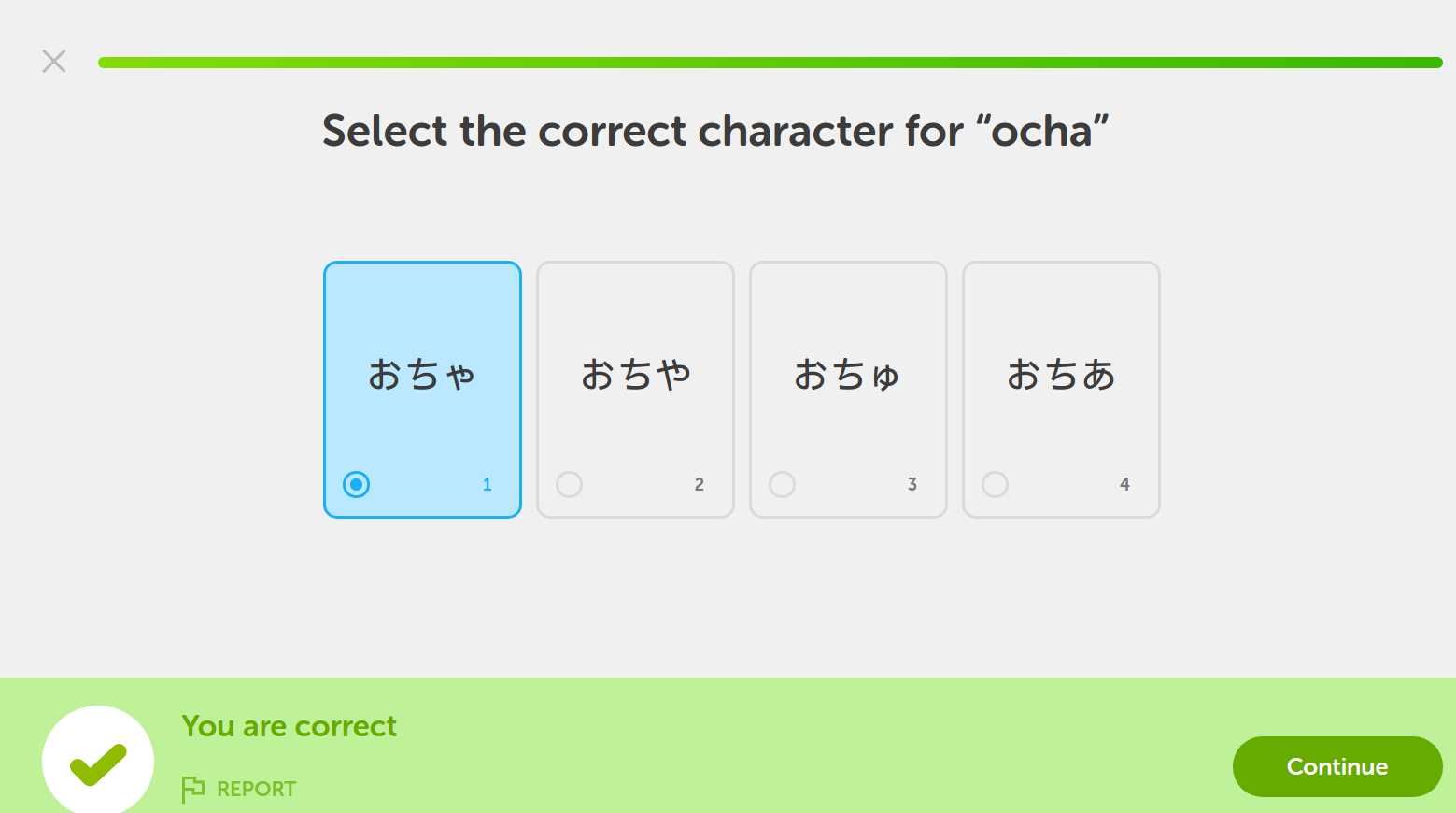 I think this is a great idea to include this exercise because it teaches that these two things are NOT the same, and NOT pronounced the same way.

However, the lesson screws it up by pronouncing them both the same way. The pronunciation of おちゃ is correct, but おちや is wrongly pronounced as the two-syllable "ocha" instead of the three-syllable "ochiya" as it would be correctly pronounced.

Not only is this wrong, but it is missing a valuable teaching opportunity. I think this could also be confusing to people. The distinction between the large and small や character is of key importance as this is something that new learners don't always get correctly, and having the wrong answer be mispronouced to sound identical to the correct answer could be majorly confusing to new users.

I would report this as a bug but:

(a) There is no way for me to report it, i.e. see this discussion thread where I raise the concern of there being no way of reporting unspecified problems with exercises.

(b) For some unknown reason the bug report form has been broken for me so I've been unable to submit bugs to DuoLingo fro that.

I would appreciate it if someone for whom the bug report form works can report this, and then post here so that people don't report duplicates of it.

I would really like to see this issue addressed. I also really want to see the DuoLingo team address the issue of not being able to report "other" problems with exercises. It's a major issue and causes me to waste huge amounts of time typing out extended things when instead I could just type a brief sentence into a box and click report and be done with it.

Thank you so much!

Duo uses Amazon Polly (successor to Ivona TTS) as their TextToSpeech engine. I just checked and confirmed that it reads おちゃ and おちや the same way.
Since おちや isn't actually a word ( http://jisho.org/search/%E3%81%8A%E3%81%A1%E3%82%84 ), this could be their context aware voodoo, that makes it assume it is a badly spelled ocha, and synthesises it accordingly. If you ask Polly to read "ochiya" names, such as 打矢, she reads it correctly.

There isn't much the duo team can do about this, except for removing the おちや from its wordbase, or forwarding the bug to Amazon, which likely will never be fixed.