We've had some cheaters sneaking into (or hosting) XP competitions lately. And, that's not really fair to those who are creating and joining these competitions with fair intentions. 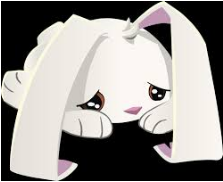 Some mods started randomly monitoring competitions in August. And since then, staff have taken action on somewhere around 10 accounts that were using scripting to cheat. I'm letting you know now to try and discourage anyone else from doing this. I also want to reassure the community that we are taking action to clear up this sort of behavior. (Even if you're scripting only outside of XP Contests, it will lead to an account ban. The Community Guidelines are explicit that scripting is prohibited.)

When the mods select an XP competition, we check the account of every user involved, including: the hosts, every participant, and all people commenting in that discussion even if they don't join the competition.

In addition, life is short, do you want to use your time to learn a language? Or to redo Basics 1 thirty times every day when you already know it? (We see those of you doing it to get it to stick and that's ok; but we also see those of you who are doing it just for the XP :P) The big picture isn't to win an XP competition by doing something mindless with the limited amount of time you have on Earth. Learning a language is worthwhile. Imagine that you come across an emergency and everyone else only spoke the language you've signed up for on Duolingo: You spent 5 hours last week going through lessons competing in an XP competition. Are the lessons you learned going to help you save a life? OR, did you waste all of that time just repeating Basics 1?

When we compete, let's do it for something meaningful! ^_^

Thanks for letting us know. I don't understand the logic behind scripting to earn worthless virtual currency. It's messed up.

Thank you for shedding some light on this, Usagi.

Cheaters/hackers really get on my nerves. If you join an XP competition, and you're just doing Basics 1 to get the prize of 1000 lingots, why even join the XP competition at all? You may as well just hack into Duolingo to get that 1000 lingots.

and you cant even spend those 1000 lingots because all the stuff in the shop cost 115 lingots!!!!

That's great (at least I think it is, I've never done a XP contest, so I don't know) Also, I really like the last section of your post, it's mentally powerful ;)

This is probably a stupid question but what is scripting?

In this context, using an automated process to earn XP, instead of actually doing the lessons.

Although you could just do Basic 1 manually as well, over and over again, which is equally ridiculous.

[There are valid uses for scripts, in other contexts, such as adding functionality, or displaying extra information etc., where the learning experience is being enhanced not replaced]

It's basically hacking, to make it short.

So, you pretty much change the values inside of Duolingo so you could get 100's of XP in a flash. I've seen other stuff happen, like there once was this one person who got to level one, like, 20 times, then level two 20 times, yadda yadda yadda...

In general, automating a task on a computer.

So, in context ... some people have been setting their computer to automatically complete a Duolingo lesson (over and over again) without any translation input from the user, just to win XP contests.

Huh, seems kind of pointless just for a few lingots

Dear Qiunnn, your question is not stupid in any way.

However - I am not sure I am about to answer it in an appropriate way.

Please, I hope, that you will intend to follow the intention of Duolingo than seek to follow the ways that some people follow. To cheat themselves, and cheat their community.

We are here to provide quality language learning at no cost to the learner. And the way you choose to behave, it does say everything about you.

And for those that behave in an inappropriate way ... it does say enough about them.

There are many ways to go against a rule. This concept of scripting is one way to cheat the "system" that is designed and provided through the good will of so many people to assist language learning.

This post is also about indicating we are aware of this issue. And we are locating what is happening.

Thank you Quinnn for being a valued learner of languages in our community.

Thanks, it seems very appropriate :) I though it sounded like userscripts because I heard there was one of those you could get XP while doing nothing and anyone using it was banned but in the writing it also sounds like it is manually repeating things just for XP.

Sorry for the unrelated question, but how did you get to the Chinese course?

Being an alpha tester, of course.

Or simply wait till it is ready and in beta phase.

Awesome, dude! Thanks for posting this -- I hope it really helps make a difference, and that people won't cheat anymore, because it's not a good thing to do, and you're right -- learning a language IS worthwhile.

For an update to Competitions regulations posted in 2020, check out :

Sad that you have to take these measures, good that you take them.

Thank you territrades, for being the one of those, one of the vast many, that are here to learn languages, and to make this environment the safe and supportive one for all people to learn in.

Thanks so much! I did not even know that people WERE scripting.

I could see bunny (and kangaroo, of course) pictures all day!

Just curious, if you're monitoring users for scripting, what's the criteria that allows you to determine whether or not someone is scripting?

I have a tool. But, outside of that mods can't talk about it.

That's absolutely awful, thanks for telling us about this Usagi!

I wonder if any of my XP contest competitors were scripting...

May I ask how you dealt with the cheaters?

I wrote reports documenting potential scripting. After staff analyzed the data, they determined that some were not cheating. With those that were cheating, staff deleted some accounts entirely and banned others from being able to comment in the forums.

Ouch. I think more people need to see this so that the people that cheat will see what happens when they do.

People are welcome to link to this discussion. Though, I hope everyone will be polite when they do.

Woah, I hope that that will discourage people from scripting.

I also remember that I used to be in a club with this guy who, to get XP, would just to basics 1 over and over again. I also suspect they might have been scripting, because they gained a high amount of XP in a short amount of time, but maybe not. I also held an XP contest with them and they won.

Why doesn't Duolingo just fix their website so that it is not vulnerable to scripts like these? I know Duolingo will fall off the face of the Earth without JavaScript, but there are ways to build websites so that they are secure from malicious scripts. I run a few websites myself, and if there are hackers doing this to my websites, I would be doing everything I could to fix the problem. As the websites' administrator I would consider it a serious security issue. This would especially be true if the hackers are targeting an integral part of the website's functions, in this case the reward system of lingots. I am amazed that a popular website like Duolingo with millions of users is seemingly indifferent to these issues, as if it were a game.

Millions of users take up a ton of really expensive server space. Duolingo spends more than $70,000 a day to keep Duolingo running. They promised to keep the courses free which is how they attracted volunteers to build courses outside of the in-house courses. They went the first 5 years without having made a profit. So, having millions of users doesn't mean making enough money to do everything they would like to do. Indifference isn't the problem. :)

Are you also monitoring Clubs, or are there simply too many of them? :-p

That is currently staff's domain and mods do not have complete information about Clubs. So, you should direct Club's questions to staff. :)

hello mod u there

Hi Sasmitcl16, did you have a question?

Thanks so much, Usagi. Your example brought an excellent point into the discussion.

I was wondering if you guys were monitoring this XP competition. (The creator has seemingly disappeared after it started, and it ends today, just to let you know.) I sincerely hope this user is not scripting, but I've been keeping track of the XP and 4,000 XP in one day seems a little suspicious, so I was just brining that to your attention.

EDIT: Well, the creator has come back and will pay out the lingots, I think, so that's all cleared up! And I'm glad none of the participants were scripting.

My record in one day is 5,500 XP without using test-outs, and another user made 5,000 XP. The secret? Timed practice.

Wow, that's amazing! How long did that take?

Practically all day with total isolation. But it's one of the type of things where you think: Ok, I know I can do it, but there's no need to do it again, as I have better things to do with my time. xD

Yeah, I expected as much. I could never do that because I only have four hours each day of screen time on my computer, and I'm not sure I'd want to. I think I'm content with my 400 XP a day right now.

That's certainly right! Duolingo is a great place! I do spend a lot of time here.

Probably, that user uses the "test out of individual skills" feature
https://forum.duolingo.com/comment/27736846

Okay good! I really did hope he wasn't scripting I just wasn't sure or not; I'm glad he's not! (I didn't realize that that key was a "test out" feature until just a little bit ago . . . that's useful!)

In XP competions it's not usually allowed to use the "test out" function.

Oh, well, the creator didn't specify that. However, I don't think this specific user was using the test out, because recently I've noticed the normal levels for skills now give 13 XP, but the test out gives 10 XP for each lesson in the skill, and this users XP scores were all divisible by 13 each day.

Hi Itssssssla, if you're not sure how to keep a streak I'll help you out. First, set your Coach Daily Goal. Then, make sure you accomplish that goal every day before Midnight. (You can't start the lesson before and then finish it after midnight. You'll lose your streak.) Next, I recommend getting a Streak Freeze from the Lingot store. To understand how the Streak works, read this discussion Checked your streak freeze today?. It has some common pitfalls when preserving a streak and how to not make them. :)