Why are they called "Romance languages"?

I carried this question around with me for a while and I think I only thought to look up the answer last month or the month before. :P

I was surprised to learn that they are called "Romance languages" not because they are romantic in a lovey dovey sort of way, but because they descended from Rome. To think I'd been carrying around this misunderstanding for so long! 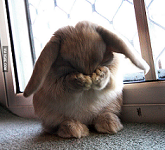 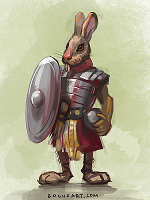 Historians believe that the actual English word "romance" developed from a vernacular dialect within the French language meaning "verse narrative"—referring to the style of speech, writing, and artistic talents within elite classes. The word was originally an adverb of the Latin origin "Romanicus," meaning "of the Roman style." The connecting notion is that European medieval vernacular tales were usually about chivalric adventure, not combining the idea of love until late into the seventeenth century. Source

With the disintegration of the western Roman Empire (3–5c), forms of Vulgar or Popular Latin developed as the languages of many successor nations. In Italy, the transition was relatively straightforward, post-Latin varieties supplanting their closely related Italic predecessors, but elsewhere the success of the early Romance languages was largely at the expense of Celtic languages especially in Spain and France. Germanic invaders of Italy, Spain, and France did not retain their own languages, and even as late as the 10c, Scandinavian invaders gave up Norse in favour of French when they settled what came to be known as Normandy. No Romance language developed in the Roman provinces of Britain, probably because Popular Latin was not so firmly established there, Celtic continued to be strong, and the language of the Anglo-Saxon settlers was little exposed to Latin influence before or after they left their homes on the north-western European coast. However, the many Latin loanwords in Welsh suggest that a Romance language might have developed in southern Britain if conditions had been more like those of Gaul and Spain.

The Germanic language of Britain developed largely free of Latin and of Romance influence until the 11c, when the Conquest of 1066 took Norman French across the Channel. For at least two centuries thereafter, a Romance language dominated social, political, and cultural life in much of the British Isles and had such an impact on the vocabulary and writing of English that, like Albanian and Maltese, English has been called a semi-Romance language... Because of the French connection and the associated influence of Neo-Latin, English shares with the romance languages a vast reservoir of lexis, concepts, allusions, and conventions. Source

So, English isn't a Romance language? 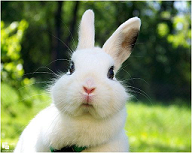 Nope. It's considered a Germanic language. And don't look so dismayed! Germanic has cool languages too. Check it out:

Ok so back to the Romance languages then, just how many are there? Like, 8 maybe? Let's see... Spanish, French, Italian, Portuguese, , um...? That's basically been my thinking before now. It turns out that, depending on criteria used, more or less Romance languages exist than one might have thought!

The number of Romance languages varies according to the criteria used to establish them, such as: (1) Status as a national language, in which case there are five (French, ITALIAN, PORTUGUESE, Romanian, and Spanish/Castilian) or six if Romansch or Rhaeto-Romanic (a language of Switzerland) is included. (2) Possession of a literary tradition, in which case there are nine (the above, plus Catalan, Gallego (in Spain), and Occitan (including Provençal), in France). (3) Geographical or other distinctness, in which case there are 15 (the above, plus Andalusian (Spain), Friulian, Ladin (northern Italy), Sardinian and Sicilian (southern Italy), and Judeo-Spanish, also called Judezmo and Ladino (the Romance equivalent of Yiddish)). Extinct Romance varieties include Dalmatian (Yugoslavia) and Mozarabic (the language of Christians in Moorish Spain). There are also a number of Romance PIDGINS and CREOLES, including Haitian Creole French and Papiamentu, a mixed Portuguese–Spanish creole in the Netherlands Antilles. Romance languages are spoken by nearly 400m people and their creoles by nearly 6m more. Source 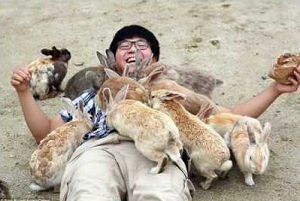 Well, good thing I assumed it was related to Rome, because I was right! Thanks for confirming that!

I always just assumed people thought they were especially attractive sounding. I wondered how they came to that conclusion because, let me tell you that Hindi is amazingly attractive and not at all on that list.

Hmm, that's strange. But, with languages, "romance" shouldn't be attractive, should it?

Hindi? That might be good...personally I think all languages are attractive.

I actually didn't know Icelandic was part of the Germanic language family! Thanks for bringing this up, Usagiboy7!

Hey, I love that. My native language is Portuguese, and currently I'm learning several others romance languages as well as Germanics, as you can see, Germanic and Romance languages are my favs YCTRFGXSTRXUCVU Let me just correct you about the number of speakers:

So, together the romance languages are spoken by around 900 Millions of natives, almost a billion. It's the most spoken language Family after the Sinitic language Family (Chinese Mandarin and its "dialects").

Happy to see your enthusiasm! :D As for the numbers, I can't edit them because they are quoted from a source. I know that estimated number of speakers tends to vary from source to source depending on what system(s) they are using to count. Nobody actually has an exact count because census data is questionable in some countries for various reasons, and in other counts, not everyone has a birth certificate or identification card, xenophobic government policies that make people afraid to reveal information about themseves, etc. Things like that can obscure just how many native and secondary speakers there are.

Nice job! Just to add some numbers (native speakers according to ethnologue, in millions)

I would have personally been surprised if they had been called "romance" because they were romantic, but probably this may not have been clear to many I guess. Thank you so much for sharing all these details about the history and the origin of these languages. :)

Hah! I always had that question too, but never thought to look it up. Thanks :)

Fascinating Usagiboy7! I didn't know half that stuff!

Wow, that is fascinating! Thanks for the info! I can see you love rabbits! :P Have a lingot or two.

Interesting, I have wondered that myself for a long time. Thanks for a good discussion, I don't see as many now.

Doesn't Catalan have status as a national language in Andorra? :)

It's the only official language there. Spanish, French and Portuguese are recognized minority languages, however.

So what is the correlation between romantic/romance (lovey dovey) to Rome?

Roman stories focused on love earlier than it was popular to do so in European medieval stories. So, such stories were told in "Romanicus," style, meaning "of the Roman style." There is a tiny bit more information up top in my OP. ^_^

Now there just remains the question if the bunnies are actually romantic or just go for crazy ons like in the last pic.