Polish pronounciation for the word : Piję

"Piję": I listened to another Language App and it sounds different from what I hear on Duolingo. Could a fluent Polish speaker please clarify what it should sound like in phonetic type spelling? How does it differ really from "pije" when spoken? Thanks.

You are probably confused about the word-final realization of ę. In modern standard Polish there is a tendency to denasalize vowels which were pronounced with full nasality some time ago. Since most phonetic shifts occur asynchronically, some speakers adhere more to the old phonetic rules, and some have already completely embraced the new ones. Of course there is also the full continuum in between, with some speakers even pronouncing it inconsistently. Same goes for word-final ę.

That's fairly uncommon nowadays, but it may happen if you dictate something word for word and want to make it clear that you don't mean 'pije', but 'piję', such as in teaching contexts.

Other contexts where you can hear a word-final nasal ę are:

But this pronunciation can generally be considered as hypercorrect.

My preferred choice. It's not easy to hit the right level of nasality, but it might work with some practice.

Probably the most common option. And it's definitely safe to speak this way as context will take care of ambiguities.

I pronounce it as a mixture of 1) and 2) , something between 'pije' and 'pijeł', maybe closer to the second one. Middle-eastern Poland.

I have never noticed any difference in the way I and people I listen to speak. I don't know if it's small or just doesn't matter at all.

Was really surprised when someone told me several months ago that 3) is a correct pronunciation, btw.

Thank you too, JB, for your personal insight.

Thank you Alik for such a thorough explanation. ( I had sent a previous thank you reply to you but it seems to have evaporated?)

Hmmm, I came across several Polish courses on YouTube where Version 1) is taught. Here's an example (listen at 03:20):

I found some hints saying that the creators of those courses are from Kraków – maybe it's a regional thing?

It sounds to me like overpronouncing it for the sake of teaching, to tell it apart from 3rd person sg. "chce" - whether this is a good decision or not, it's subjective.

There are quite a lot of videos where they pronounce it that way, and they don't mention the fact that it's rather unusual nowadays.

It appears that this guy responds to comments quite frequently, so I decided to ask him a question. I'll let you if he answers me.

Edit: Alright, that was fast. So here we go: 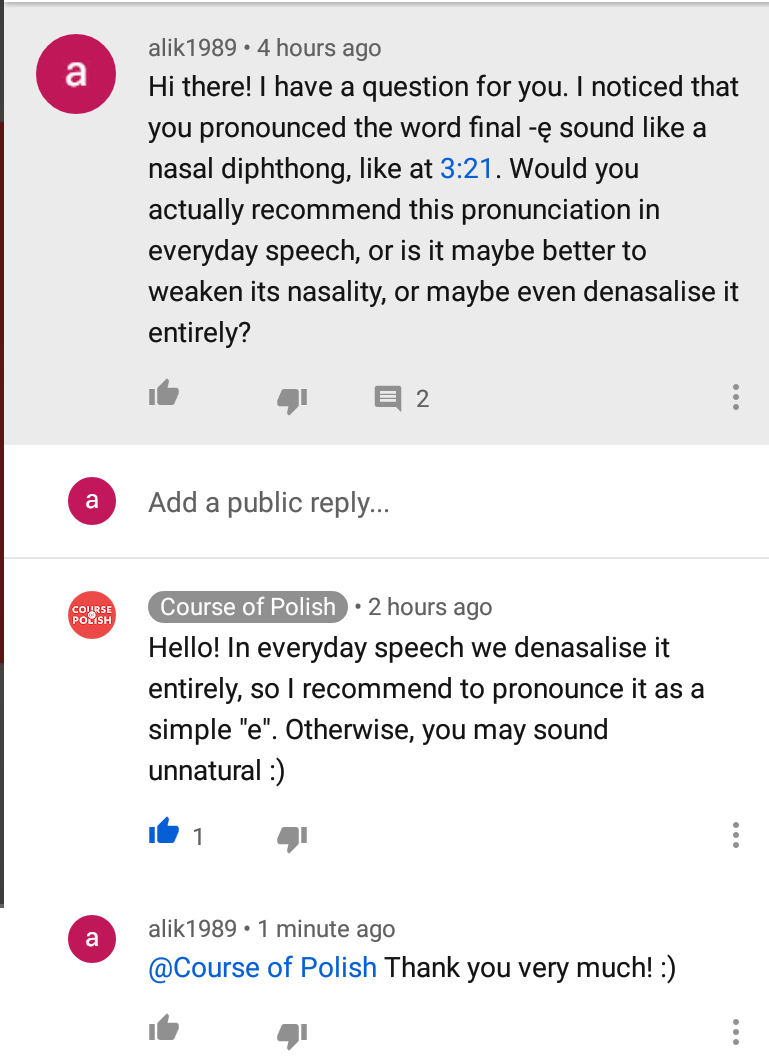 I've realized that he only pronounces it that way in the grammar explanations. So I guess it wasn't the best example.