Please stop with the "thanking the mods" posts.

Yes, I know they are hard working people, but there are already like 20 posts saying "thank you mods for working so hard". It's nice of you to commemorate their hard work and kindness, but, again, there are already a lot of posts about the same thing. So please don't make more posts thanking the mods. They already know we respect them.

All right, go ahead and yell at me now.

I've seen several down voted out of sight, actually. Though, not enough.

It's generally obvious when people are puppy-dogging vs when they are sincere. The sincere posts usually have a good personal story and specific details about why they are thanking the mods. The other posts are just like "Thank you Duolingo for this great site." and "Thank you mods for all of your hard work in the forums."

It's nice to occasionally get sincere, positive feedback on things people think we are doing right. We really do work very hard (most of which the forum community will never witness) and get a bunch of hate. So, a little bit of positive mention feels good to act as a counterweight. When it's flooding the forums, it's not appreciated. I'll admit to having dropped a few down votes on them myself to help clear them off the board. Thin, insincere, counter-productive praise is not a compliment.

PS Sorry I deleted my comment to move it before seeing your reply StevenCopeland. I hadn't refreshed the page so it didn't show up to me before I deleted mine.

I've been waiting for someone to point this out ,QuadraticLingual. Thankyou

Somewhere there is a manual which called "How to create great upvoted posts", in which there is advice: "Thank the moderators, it will always be upvoted" :)

PS please tell me where this manual is. It sounds like something I need to obliterate with my bunny raygun. 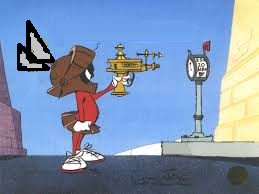 You can always thank them for being so awesome and support their efforts by upvoting helpful comments, downvoting spam and offensive messages, and making sure you and your friends are following Duolingo's Guidelines. 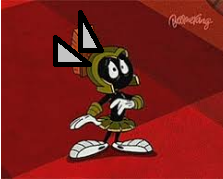 I forgot about that! :Thank you Pentaan for returning my attention to it. I appreciate that. :) 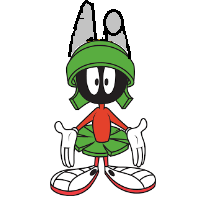 There you have it folks. You can thank the mods as I stated below, it's not against the guidelines. But folks still have the option to downvote it if they think it is insincere and thus spam. :)

I'm joking about the obliteration. If it's on Duolingo, I can't just delete it unless it violates the Guidelines.

If it generally helps people learn how to make higher quality posts, that's a plus in my book and it'd be nice if they got rid of that line abot the mods. It cheapens things. If it's only full of gimmicks, it's unfortunate they put their time into it.

I'm joking too. I would never read such manual :)

I would read it out of curiosity and then probably proceed to break every piece of advice. :)

Has there been a recent surge of people thanking the mods? What prompted you to make this post? Mind you, the forums for me are a bit messed up, so I could be missing the posts that involve what you're talking about. I have seen some posts like that in the past, but it never truly bothered me the same way it does for others. I'm pretty indifferent because those posts aren't harming anyone, and it's not like they are created 10 times in one day. At least, as far as I know.

I'm sure the moderators are aware that they are appreciated, but I don't understand the issue if a user takes the time to thank them. Yes, it doesn't contribute to language learning, but at the same time, it's not completely irrelevant to Duolingo. Perhaps I'm missing the entire point (in which I allow anyone to enlighten me), for I am a little confused about this. But those posts don't bother me, and frankly, never will. It's not like we can force people to not make them.

Edit: Though, I will agree with some that making those posts may (or may not) be intended to get attention. It sort of reminds me of the psychological idea where some people say kind things to other people to boost their own ego, rather than actually trying to be genuinely kind to others. It's not for the people they compliment, it's for themselves so that they feel better about their own being. Though, I know many users are genuine when they thank the moderators... At least, I hope so. ^ ^

The entire point is people are repeating the posts. Like one person I saw posted Thank You MODS! 10 times over. It is a great thing but most people abuse that to get popularity and they SPAM the forums with Thank You MODS! SPAM. I hope most post are sincere but much of it in reality is spam.

It really is getting annoying. I actually saw four or five Thanking the Moderators posts in a row, stacked on top of each other. I think it might be fore getting upvotes and lingots, or perhaps because people don't see that there are already 10 identical (fraternal?) discussions already there. I'm not sure why they wouldn't, though.

And also, nobody's yelling. Hopefully people will stop... it's annoying.

One of the core issues with Duolingo is that it cannot decide if it is a social site or a language app. Many of the recent changes seem to indicate that it is moving more towards a language app, with less social engagement. I do not think this is a bad thing. But some things lag behind this shift, notably the Forum.

The Forum is both poorly organized (very few usable categories of sub-Fora, and NO ability to have sub-categories or threaded posts), and it remains the main outlet for sociability these days. What is needed is a moderated Forum (truly moderated, not the wild west) with a sub-Forum for social engagement. Then all the non-spammy things that are social (like the mods posts) could go in the "Social" folder. Same for the "Looking for Links On" posts, which everyone seems to hate - those could go in a "Reference" sub-Forum. This is bog basic internet organization.

I agree with you. For such a big community it would be much better to have a moderated full forum. But as far as I can estimate this forum software unfourtunatly isn't made for such a big forum in the first place. So we have to take what we've got.

People are joining a forum to talk to each other and to communicate. Some are more serious some less. You can't change that you can only channel it.

Where I come from, it's called puppy-dogging for attention.

Never heard this, but it is spot on!

Not gonna yell. Just wanna say that the staff has worked so hard and they put effort in it.

Please stop the "telling people what to do" posts.