PS I think something didn't copy over from the original article. 4 lingots to the first person to spot it.

Most English speakers know the basic rule of subject-verb agreement: a singular noun takes a singular verb, and a plural noun takes its corresponding plural.

The student is in the cafeteria.

The students are in the cafeteria.

The same rule applies when the construction is inverted:

There is a student in the cafeteria.

There are students in the cafeteria.

"A crowd of revelers were approaching." Or 'was' it?

This would apply, for example, to nouns that are often combined and presented together:

There is leftover macaroni and cheese in the refrigerator.

Track and field is her favorite sport.

And to amounts presented abstractly as unit quantities:

Ten dollars is the cost of admission.

Is five miles too far to walk?

It also works for nouns that are spelled in a plural form but represent something with a singular nature. This is particularly common in the case of nouns referring to areas of study, like politics, civics, or economics:

Politics is best not discussed at the dinner table.

Simple economics determines how much something costs.

Alternately, you will frequently see instances where a plural verb is used with a singular noun that, because of its meaning and context, suggests a plurality. Such nouns include pair, trio, crowd, family, crew, mob, generation, and committee. You might see a sentence such as "The pair were seen leaving in a gray car" or "The crew were preparing for the launch," where what are normally singular subject nouns (pair and crew) are paired with a plural verb (were).

Ultimately, context comes into play, with the sentence usually offering some kind of information that emphasizes the plural essence of what is technically a singular noun. By "The pair were seen leaving in a gray car," one can intuit that two people were seen; similarly, "The crew were preparing for the launch" brings to mind many people working together, suggesting a plurality, and it's that notion that leads a speaker to prefer a plural verb.

More common are constructions that "set aside" a singular noun from its plural members (as in the model "a [collective noun] of [member nouns]). With these subjects, speakers and writers will frequently opt to express the verb in the plural:

A majority of the voters support the amendment.

There are a handful of good reasons for us to go.

A committee of volunteers were selected.

In addition to notional agreement, there's a second principle at play here that makes the use of a plural verb sound more "correct" than the singular verb, and that is what is known as the principle of proximity. That means, for example, that in a construction such as "a crowd of revelers," one might be more inclined to select a verb form that agrees with the plural noun that is closer in the sentence to the verb (revelers) rather than the more distant singular noun (crowd):

A crowd of revelers were approaching.

Notional agreement is something to which we don't often pay notice because it's almost instinctive, a part of our regular speaking habits. And it's not a set rule in its own right, but rather a matter of preference, and it's more common in British English than American English. If you preferred to say "a crowd of revelers was approaching," you wouldn't be wrong.

And that's how Singular They works too ^_^ 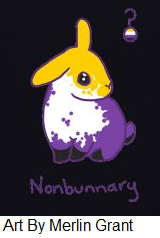 And that's how Singular They works too ^_^

Nope. A group noun that does not have the usual plural marker still refers to a group, whether it is common noun (The team were victorious.) or a proper noun (Arsenal were victorious.). The singular they breaks the noun-verb agreement, because it uses the word they to refer to a single person rather than a group (“They are a hairdresser” rather than “They is a hairdresser”.).

The examples you list show the variety of structures in English that can be used to refer to groups (apart from the politics bit). Most of these are exactly the opposite of singular they.

Please do not see this as a protest against using singular they. All I am saying is that these examples do not work as proof of similar structures already existing in English.

Except, as a speaker of Midwestern American English, the team were victorious sounds wrong. I always have to ask myself where the speaker is from when I hear it. For me, it's always the team was victorious. If the NAME of a team is plural (ie., Broncos, Cowboys), I use the plural, but if I refer to it by the name of the city (Denver, Dallas), I use the singular. Denver is losing badly this year.

I think it's more common in British English: https://en.wikipedia.org/wiki/American_and_British_English_grammatical_differences#Subject-verb_agreement

It's also more common among fans of team sports. Fans of a team see themselves as an integral part of the team, so they say "we're playing terribly today" even if they're only sitting on the sofa watching the match on TV. People who aren't into sport don't feel that connection and generally find it uncomfortable to refer to a team in the plural.

The team was at the bottom of the league table. The team were enjoying a quiet drink when they were surprised by the paparazzi.

This mirrors my usage here in Michigan. I would say:

Michigan was winning. The Wolverines were winning.

I agree. Usagiboy makes a good point about the neat syntax behind notional plurality. However, the actual discussion is in regard to the currently undefined general prescriptive guidance. I'd really like to hear their opinion about it :)

Let me write down all the cases. First, two obvious ones:

Then, the three cases from the article

And the following case is missing from the article:

I won't take it as protest against Singular They. I am heading to bed right now, but, I look forward to reading more discussion based on your observations. Thanks for participating! :)

Agreed. Some better arguments for the validity of singular they:

Text missing is between the example

The students are in the cafeteria.

and the next paragraph in your text "But there are times...".

Also, can't see the link to the original article in your post. :)

Thanks! I've added it. Also, I noticed the reference link was missing earlier before your comment and added it. But, it appears not to have taken. So, I've added it again. Thanks for bringing my attention back to the matter! (Also, I already made this comment to you earlier too, and it still hasn't shown up. So, if there ends up being two of them...)

December 1, 2017
AboutDuolingo English TestMobileGearHelpGuidelinesJobsTermsPrivacy
Learn a language in just 5 minutes a day. For free.
Get startedLogin