Why Do We Use Apostrophes to Show Possession?

The role of the apostrophe has shifted over time.

Some like to think of the English language as an orderly sort of thing, a rock of stability in the chaos and uncertainty of life. Yet this is far from true: our language is a sloppy mess. Consider the apostrophe.

There has never been an innocent time in which we all agreed on what the apostrophe was supposed to do. Not only does such consensus not exist in the past, it doesn’t exist now: the role of this troubling little punctuation mark is still in flux.

The 's' at the end of a word indicating possession ("The king's fashion sense") probably comes from the Old English custom of adding '-es' to singular genitive masculine nouns (in modern English, "The kinges fashion sense"). In this theory, the apostrophe stands in for the missing 'e'. 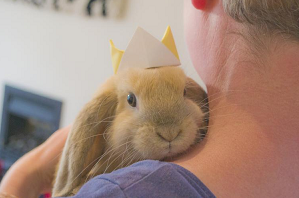 The mark we call an apostrophe probably originated in 1509, in an Italian edition of Petrarch, or in 1529, at the hand of the French printer Geoffroy Tory.

The first grammatical apostrophes addressed absence in a different way. It is widely accepted that the first apostrophes were marks of elision which indicated that something had been taken out of the word. Here's where things begin to get confusing: the apostrophe would be stuck into a word to indicate the removal of a letter (usually a vowel) which was not pronounced, such as the e in “walk’d.”

Today, most of us feel comfortable in the knowledge that we don’t use apostrophes for verbs, and few of us still say or write 'tis. Yet while these are extreme examples from long ago, there are numerous ways in which the apostrophe’s use has changed within the past few decades.

To read the full article (because I left out a ton) with examples, Click here. ^_^

For some reason I always forget the rule for Its and It's. I want to use it's with apostrophe to show possession, but that is wrong.

My grammar teachers drilled that into my head so well, I actually remember it.

It's - its meaning is the possession of 'it'.

I do to my sister says it's wrong

apparently you also mix up your too and to.

Sometimes, I do that two.

Some people tell me I'm stupid because I always get my "there", "their" and "they're" messed up. Seriously, they don't know what there talking about.

I really don't understand that mistake to be honest. Look at the word his, or do you also write hi's sometimes?

That was actually the explanation some early grammarians came up with, but having studied a lot of older texts we've found that they were wrong. Also, Maria his pizza.

When expanding words with the 's at the end (to show possession), flip the order of the words, remove the 's, and add an 'of' in the middle instead. For example, Hello's hat, would be the hat of 'Hello' (whoever that is...).

However, here comes the tricky part - some person decided to change 'it'; they took an 's, added it at the end, and found it looked much like a contraction. It's was since then 'it is', a confusing contraction. Its was used for possessive instead.

What had been a seemingly straightforward rule that couldn't be messed with instantly changed the whole set of 'it' words; its should be a plural, it's should be a word showing possession; and some other contraction or phrase for 'it is'. It completely confused people, and now that you think about it, the more mistakes you make.

The wonderful apostrophe just succeeds in continuing to confuse English Learners; any non-native would be confused - think about how many years they spend! Even some English Speakers make a few mistakes - how wonderfully confusing English is!