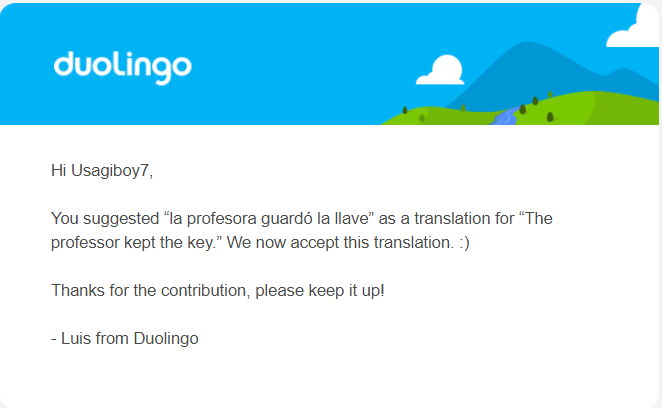 Whenever someone suggests an alternative correct answer and a course team adds it to their course, that person could get an email like the one shown above. (Apparently, it's a wee bit inconsistent though.)

Most of the original sentences in the older courses have now been picked clean for the alternative correct answer possibilities. But, that's part of what makes alpha and beta testing extra fun. A higher chance of getting some of those shiny emails. I have received 19 emails across four courses. (Spanish for English, Japanese for English, and the reverse courses for both.) I'm really excited about that! (Since writing this, I've discovered more of these emails scattered about different folders in my email account. :P)

If you spot an error in a course
1. Read through the discussion underneath it to make sure you aren't mistaken or that someone else hasn't mentioned reporting it already. 2. If you haven't made a mistake and no one else has reported it, use the "Report" button attacked to the question where you've spotted the error. It won't count if you report it in the sentence's Discussion area, or any other discussion forums on Duolingo.

Of my letters, my favorites are from the Spanish course. I noticed a trend that feminine subjects were underrepresented in the Spanish answers the course would accept. Professors, judges, etc. were all expected to be men. So, I went through and each time there was a gender ambiguous subject, I'd answer using the feminine. I reported all of the sentences where my answer was marked incorrect. These are my favorite emails because it shows that everyday people can contribute to make positive changes.

So, what's your count. And, do you have a favorite? 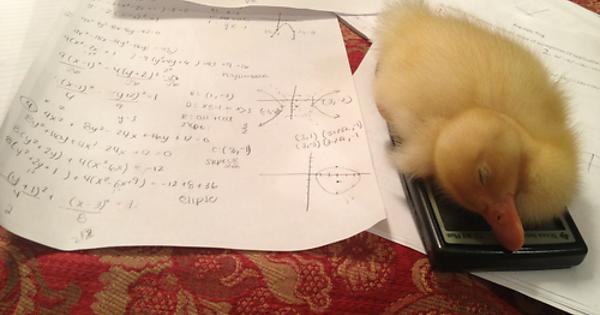 Please remember, if you spot an error, only report it one time. Sending multple reports for the same course error doesn't speed up how quickly they fix it. On the contrary, it will slow things down by generating a backlog of more reports for the teams to process. So, let's not overwhelm them. They already work really hard.

(A special thanks to our community member, Andru, who posted sexism in occupations: women are secretaries, men are doctors, and the volunteer teams who, upon reading Andru's post, willing asked themselves some uncomfortable questions, returned to their courses, and addressed the gender bias in number of sentences and types of representation ❤️.)

I tried to get Google to count them, but it just says 'many'. I clicked through for a bit and the pages seem to go on and on. Here's one of them: 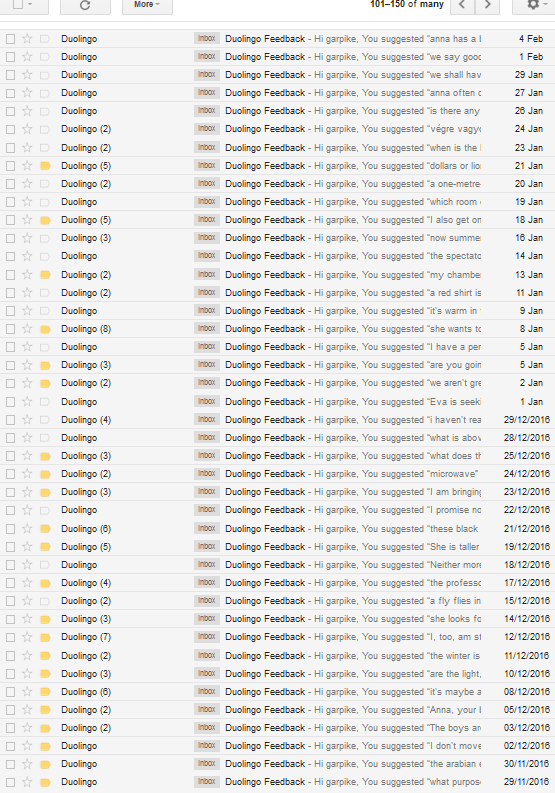 I don't think I've ever got one from Luis, though; those must be rarae aves.

Well with learning so many languages... 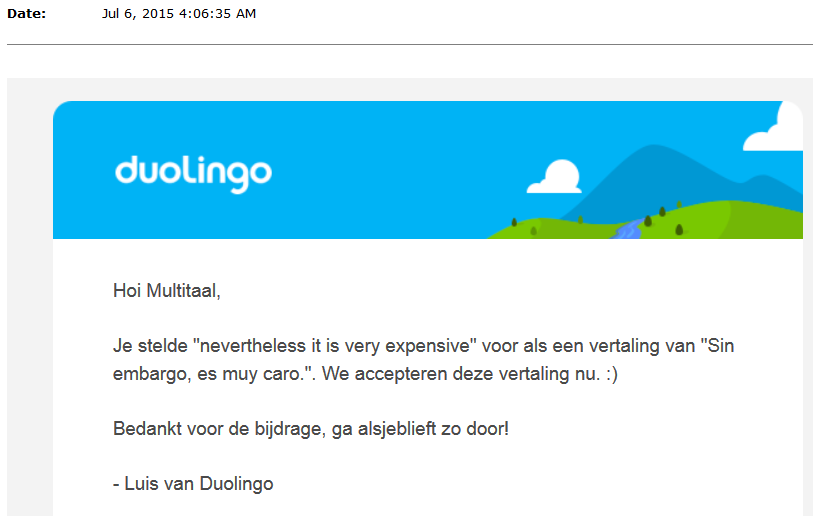 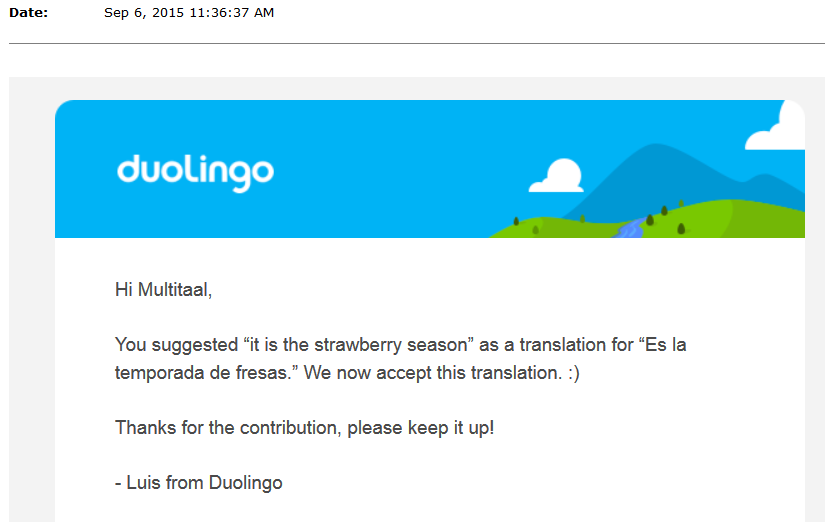 usagi, did you check w/ your incubator buddies on whether only the first reporter is sent the email and whether multiple identical reports from the same account pile up? my recollection is that neither assertion is correct. i will gladly test my recollection if nobody else chimes in first.

Hi svrsheque, I just checked with one of them. He says that they can choose to click the "send email" button to as many people as have submitted the answer as they want. And that there are some other inconsistencies involved. So, that made me curious about why I have so few, but, also not feel too bad about it. Then, I went and searched some key phrases and more popped out of the wood works from various folders, which means my filter is not working error free. It's very possible now that I've deleted a chunk of them sigh.

Thanks for nudging me to check into it again! ^_^

142 over the past two years in five courses. I have no records for my first year on Duolingo. My favourite suggested sentences are those for the Spanish to English course because that is the most challenging course for me.

But I thought I had read here somewhere that everyone who makes the same suggestion gets that same message.

Nope. Just the first person. Otherwise, I've submitted thousands of incorrect sentences for my native language. I know I've accidentally submitted some bad ones, but not that many! (I hope <.<;)

I haven't really kept count. I know I have several to the Norwegian course, maybe one or two to French, and now this one for the German course:

What a good sentence, Aistobe! :)

60 emails all for Japanese course. Although that's probably not even a tenth of how many different things I must've submitted reports for these last seven months. ^^;

That's awesome testmoogle! (Also, nice level in Japanese!) I've recently gotten 6 emails come in for JP for EN. It helps now that I've finally started submitting reports. First, I just blew through the tree as quickly as possible. Then I was focusing on Timed Practice. Last week, I started reviewing individual lessons again and 4 of the emails are from December. ^_^

Never gotten one in three years, and I report a fair bit.

You gotta get there before Multitaal does. ;)

j/k I use various filters in my email to sort different content into different folders so I don't lose it. All of these feedback emails get automatically filtered into a folder I set aside just for them. Is it possible you've gotten emails that were buried among the other stuff?

Dcarl1, I just spoke with a friend of mine who is a contributor who mentioned some inconsistencies around people getting and not getting these emails.