I looked for a post specifically requesting the Circassian language, but I surprisingly didn't find one. So I made this! I was recently listening to some songs in Circassian, and I thought that I would love to learn it. It is a fascinating language with around 1.5 million native speakers. It is spoken in southwest Russia, near the border with Georgia. Like many other languages in the area, it's pretty different from its neighbors. The language seems pretty challenging, but that's what makes it fun! Is anyone else interested?

Thank you so much for this post! I love the Circassian language and culture, and I would absolutely love a Duolingo course on Circassian! Have some lingots.

I will edit this post with some Circassian resources later.

I'm glad there are others who love Circassian culture!

This is a link specifically for new language ideas. https://www.duolingo.com/comment/15014194

It's a reminder to Lrtward to add the thread to the list.

And I did indeed eventually stumble upon this discussion :)
I will be quite glad when we have some sort of inter-personal communication tool available to us again.

I looked up Circassian and it's not a specific language. Apparently it's a group of languages, with Kabardian and Adyghe being the main (only?) member languages.

When jrikhal and I started the [GUIDE] we got all kinds of requests for languages (including languages that people were "about to start inventing") so we decided that we would only list languages with an ISO639-3 code. Kabardian and Adyghe have ISO 639-3 codes, but Circassian does not.

Ahh, the struggle of naming the Circassian languages...

I think most of this struggle comes from the native name of the language. In Kabardian, адыгэбзэ (adygebze) and in Adyghe, адыгабзэ (adygabze). You see, адыгэ means Circassian or Adyghe (Adyghe can refer to all Circassians, even Kabardins) and бзэ means language. Therefore адыгэбзэ means "language of the Circassians" or "language of the Adyghe." The same applies with the Adyghe translation. Because of this, all Circassians refer to their language by the same name, adygebze. This causes confusion when it comes to naming the dialects, because most (if not all) Circassians will refer to their language as Circassian because of this ambiguity. A lot of linguistic documents and learning material on both varieties have referred to them both as Circassian, so that doesn't help.

There's a way out of this, but it really only works for Kabardian and is not really used, and that's to call the Kabardian variety "language of the Kabardins," which is 'къэбэрдейбзэ" (qeberdeybze) but this is seldom used from what I've seen. Most Kabardian speakers will just use адыгэбзэ.

From a speaking point of view, it doesn't really matter. If you can tell a Circassian speaker you speak Adygebze, they will be absolutely delighted, since very few foreigners have taken the time to learn this beautiful language, whichever variety they have learned.

Because of the point you made about ISO 639-3 codes, I will make two posts later requesting both varieties. I hope the people that upvoted this will upvote those as well.

Correct. Adyghe and Kabardian are the only two, and are very closely related. The Kabardian variety of Circassian has a lot more speakers than Adyghe, so I suppose that would be the one to choose.

Vikqueen :) I would be willing to learn both Adyghe and Kabardian. :)

Does he get a notification when you link to his post?

No, but if they see it here they will add it, since it's a quick and easy link to their thread and they can simply copy the URL of this thread, go to the link provided, and add it there. Several languages have been added to the list through this method. 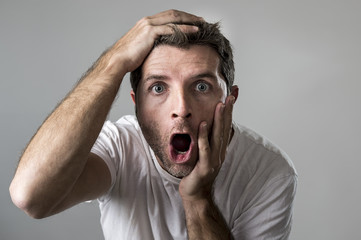 Excuse me if I'm wrong, isn't Circassian more of a language family than a language itself?

It is sort of, but there are only two dialects: Kabardian and Adyghe. Most Circassians refer to their language as Circassian, however, so there's some overlap. I hope in the future Duolingo can add both dialects.

Both are also mutually intelligible to some degree.

OmegaGmaster :) I TOTALLY Agree!! :) I'm learning the alphabets of both and I HOPE to one day see them on Duolingo! thanks for wanting them both too like I do! :) AWESOME!

I've JUST started learning Circassian (adyghe) and Kabardian alphabet. :) they are complex languages but I LOVE the "flow" of them and the sound of them when spoken! :) I'm also JUST learning the alphabet of Archi and I'm taking that one letter at a time as well. So, HOPEFULLY one day they will have these on here! :) SOO GLAD you made a post on it and I hope these get put on the list! :) I'm GLAD I found some fellow "followers" of the languages! :)

I would love it also if I can learn Kabardian dialect of the Circassian language on Duolingo as it is my mother tongue.

I would also love to learn the Circassian language

I am really happy to find the post but seeing that it is already 2 years old makes me wonder how much progress Duolingo is making in giving us a course.

September 2, 2020
AboutDuolingo English TestMobileHelpGuidelinesJobsTermsPrivacy
Learn a language in just 5 minutes a day. For free.
Get startedLogin