I decided to create my own Hiragana deck using text input so I could practice writing Hiragana, instead of just recognizing it.

To use this, you'll want to enable Japanese input on your phone, and choose the Handwriting method of input. Exactly how you do this will vary between phones, but it will usually be somewhere in your Languages or Keyboard settings on your phone: 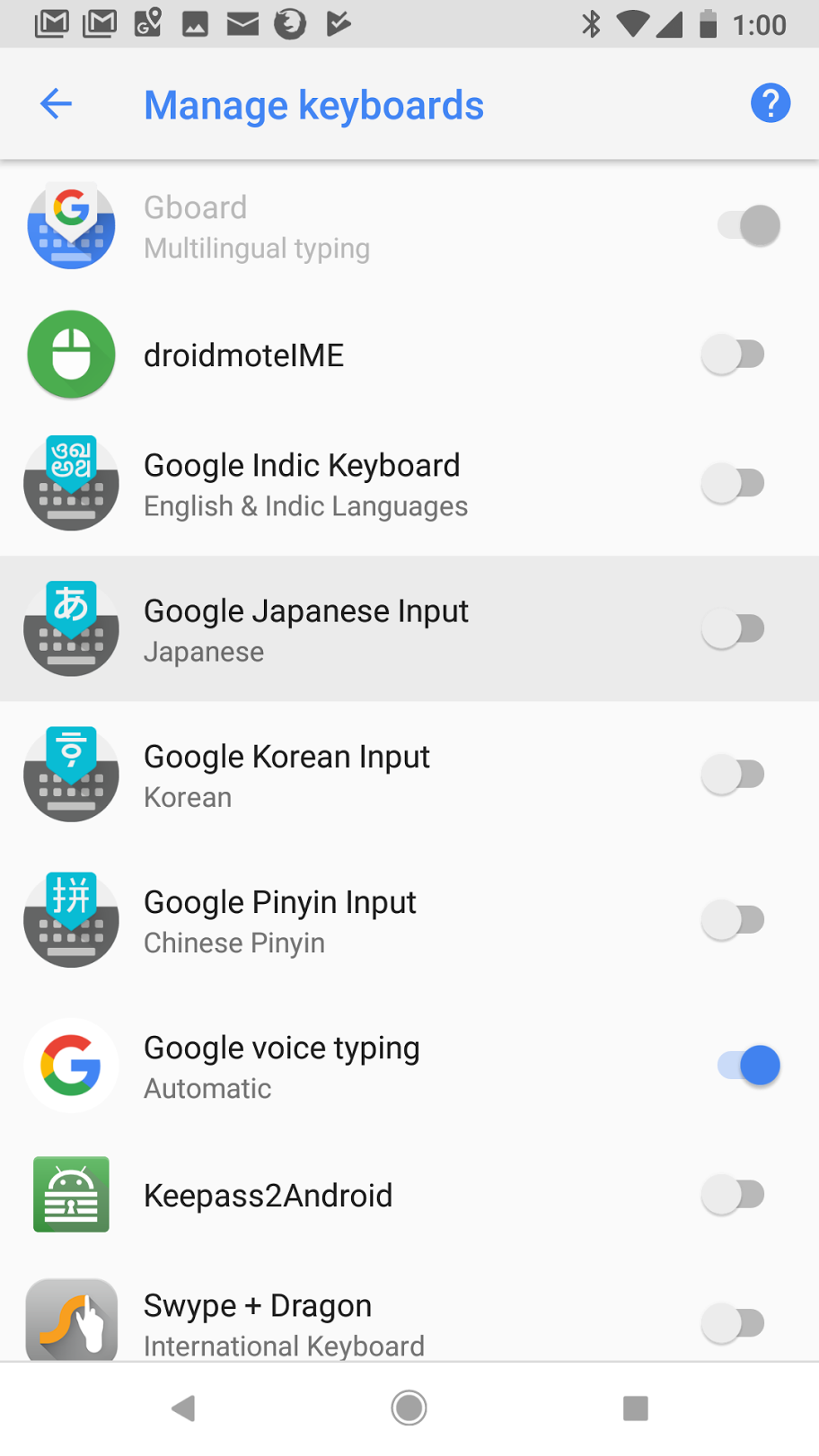 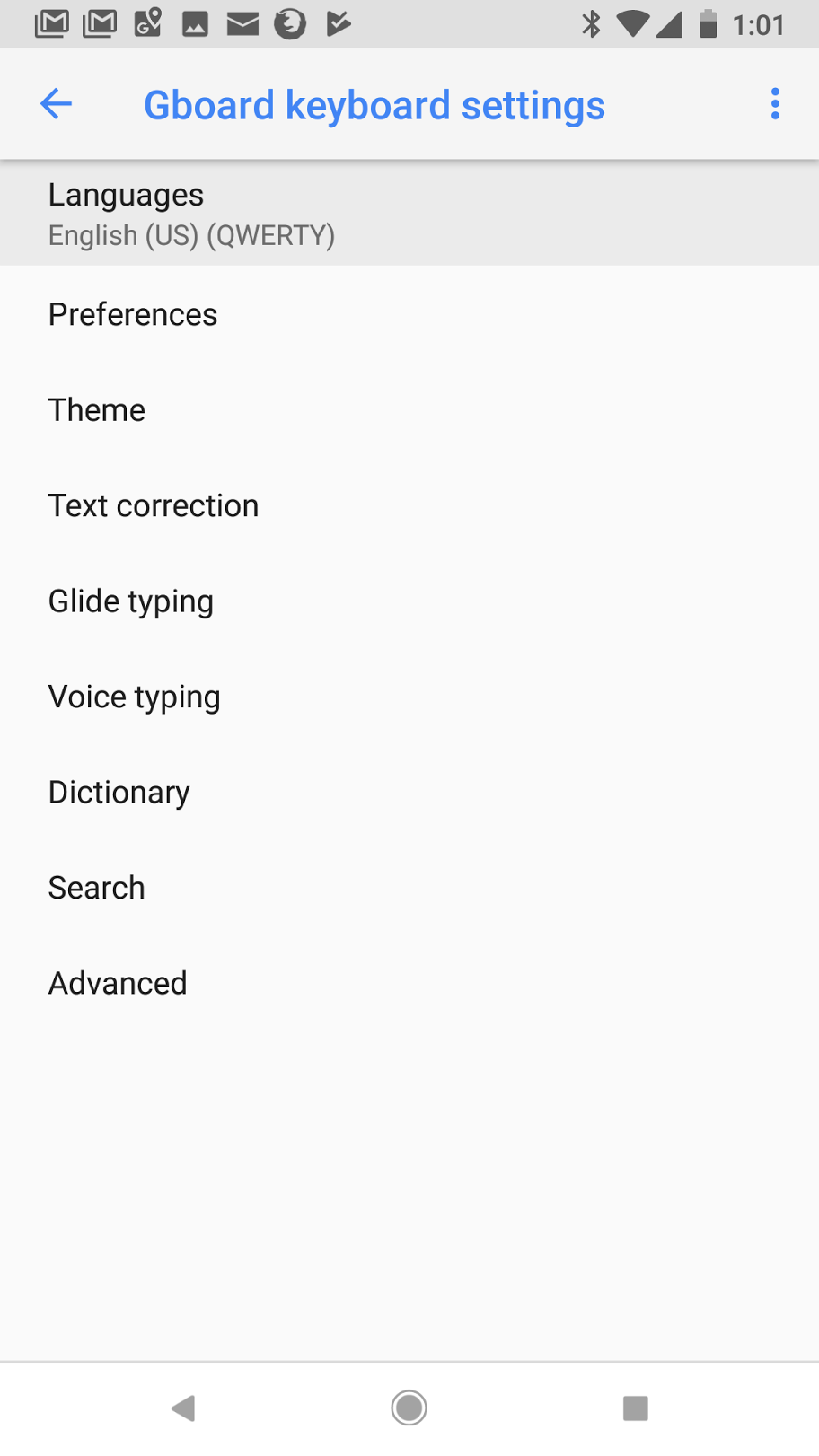 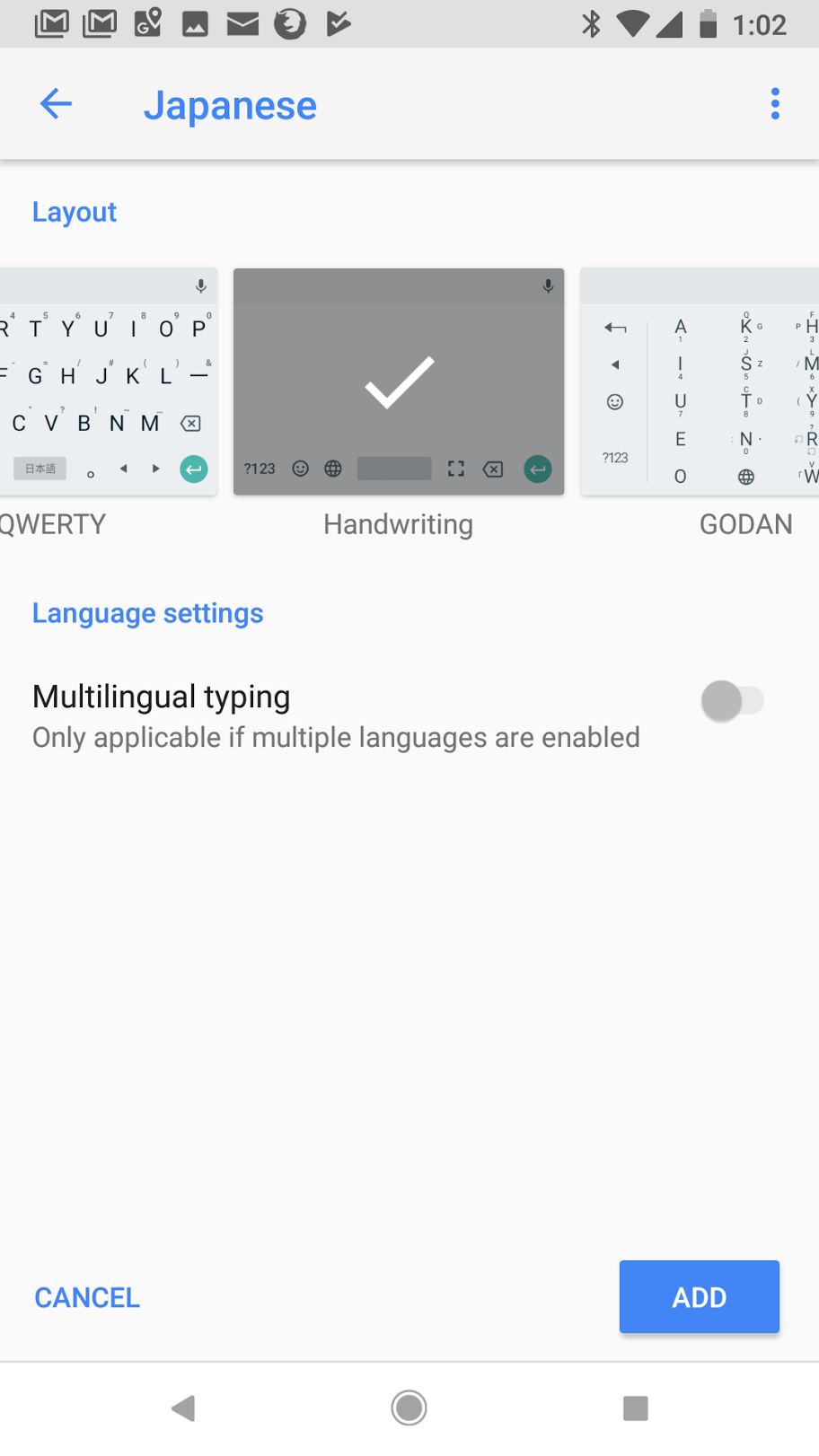 Once you've done that, when you are entering any text, you should be able to long-press on the space bar to switch between different input methods: 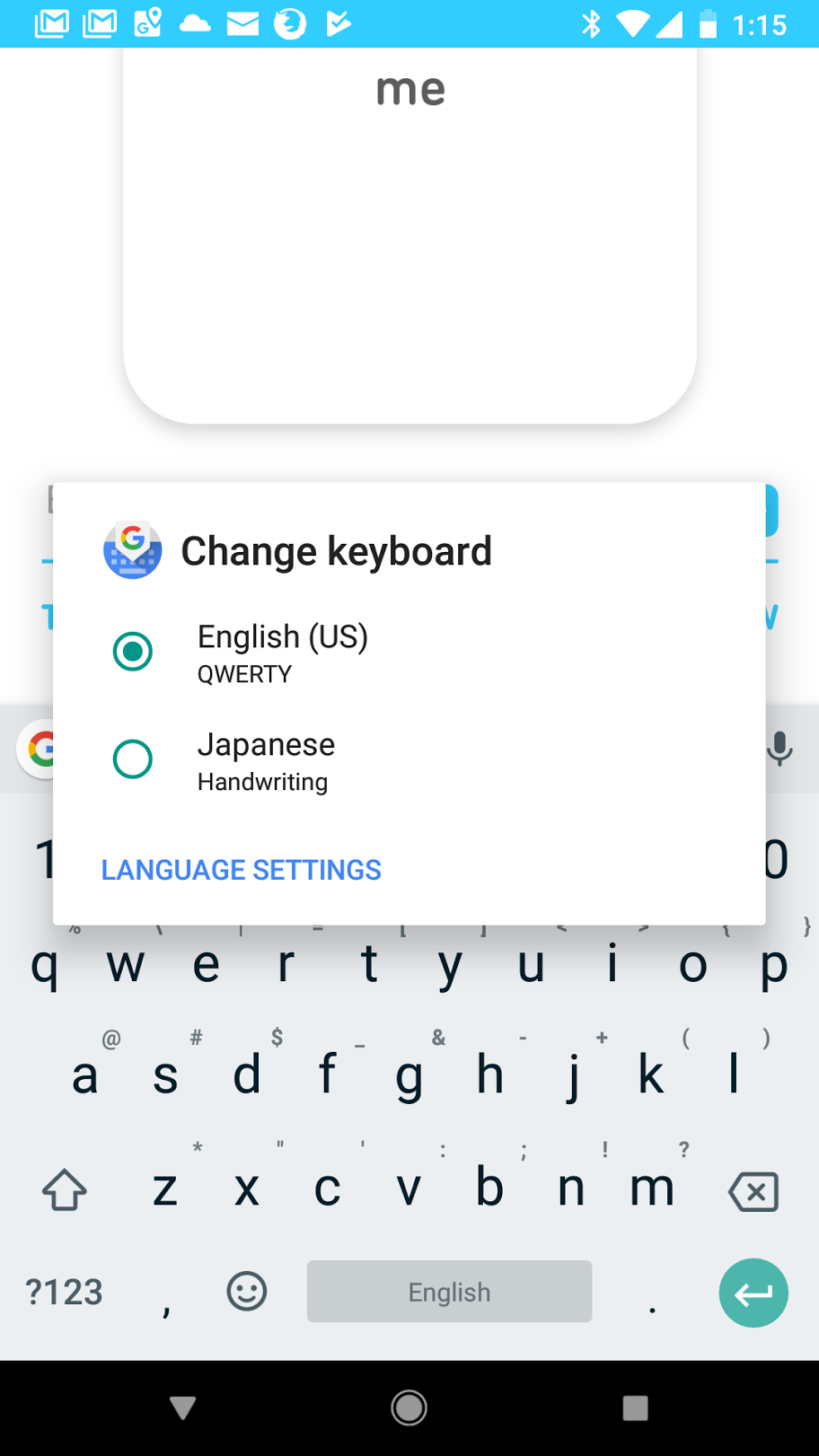 And when you select the Japanese Handwriting method, you can write kana (or kanji) and it will try to detect the character, which is great for reinforcing in your mind which character is which. They don't have to be perfect (this one is pretty bad since I was also trying to rush to take a screenshot before it faded), but you do have to get in the ballpark: 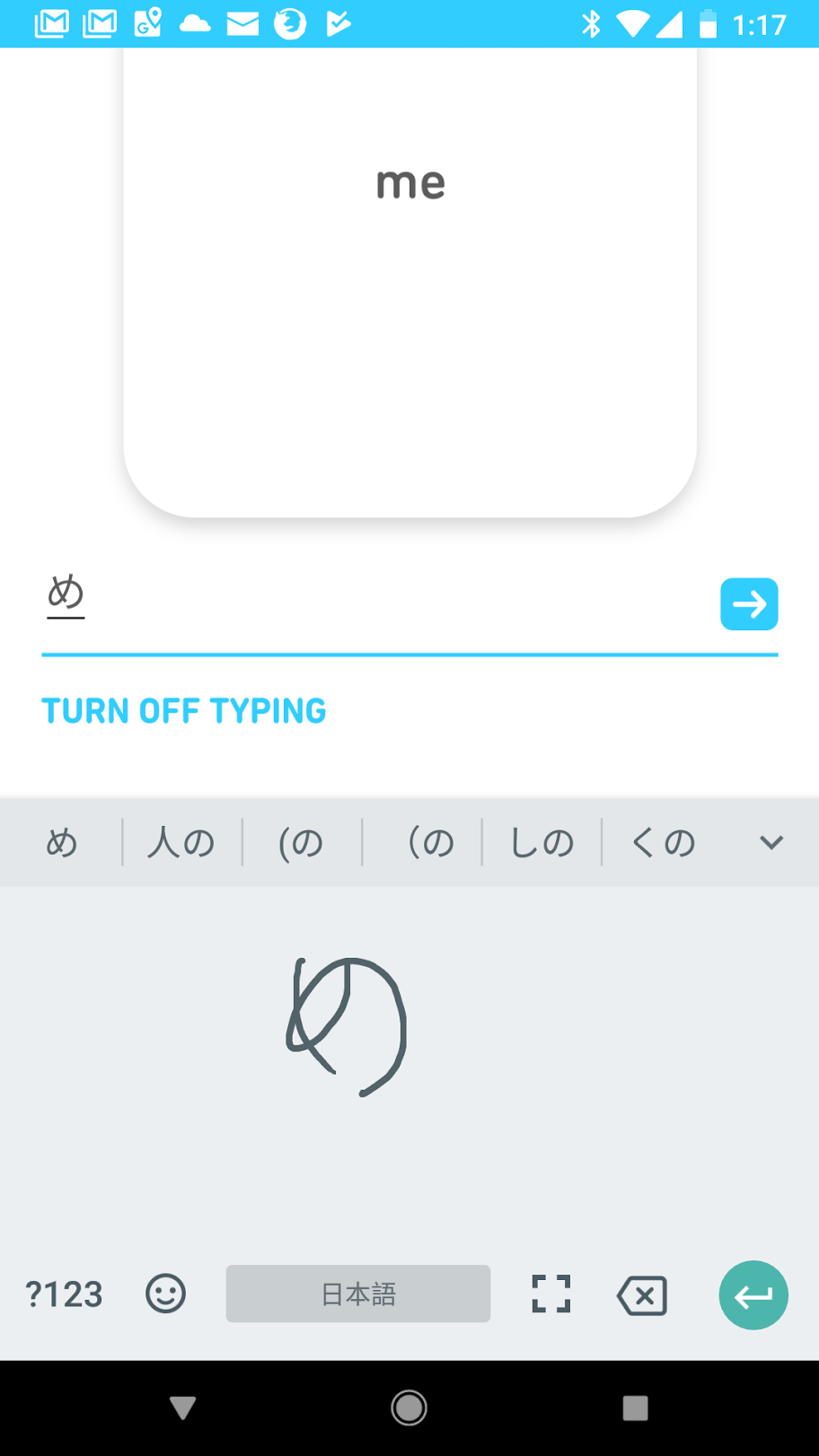 Note that on your computer, or your phone, you can usually also add support for other input methods which allow you to type the Roman characters (for example, type "ki" to get ”き"), but that defeats the purpose of practicing writing the characters yourself. I do find that mode is useful for typing out complete answers in Duolingo, rather than just using the provided fragments, but that the handwriting input is best for practicing kana and kanji.

I might try to set up some more decks of cards for katakana and kanji in the future, I just haven't gotten to that yet.

The one major downside to this approach is that you have to keep switching back and forth between a Roman keybaord and the handwriting recognition input; I might be able to change the cards to only go in one direction, but then I'd need two decks of cards to practice in each direction, so I decided to leave it as is and just switch keyboards a lot.