When you “ходите” to the circus, are you “walking” or “going?” 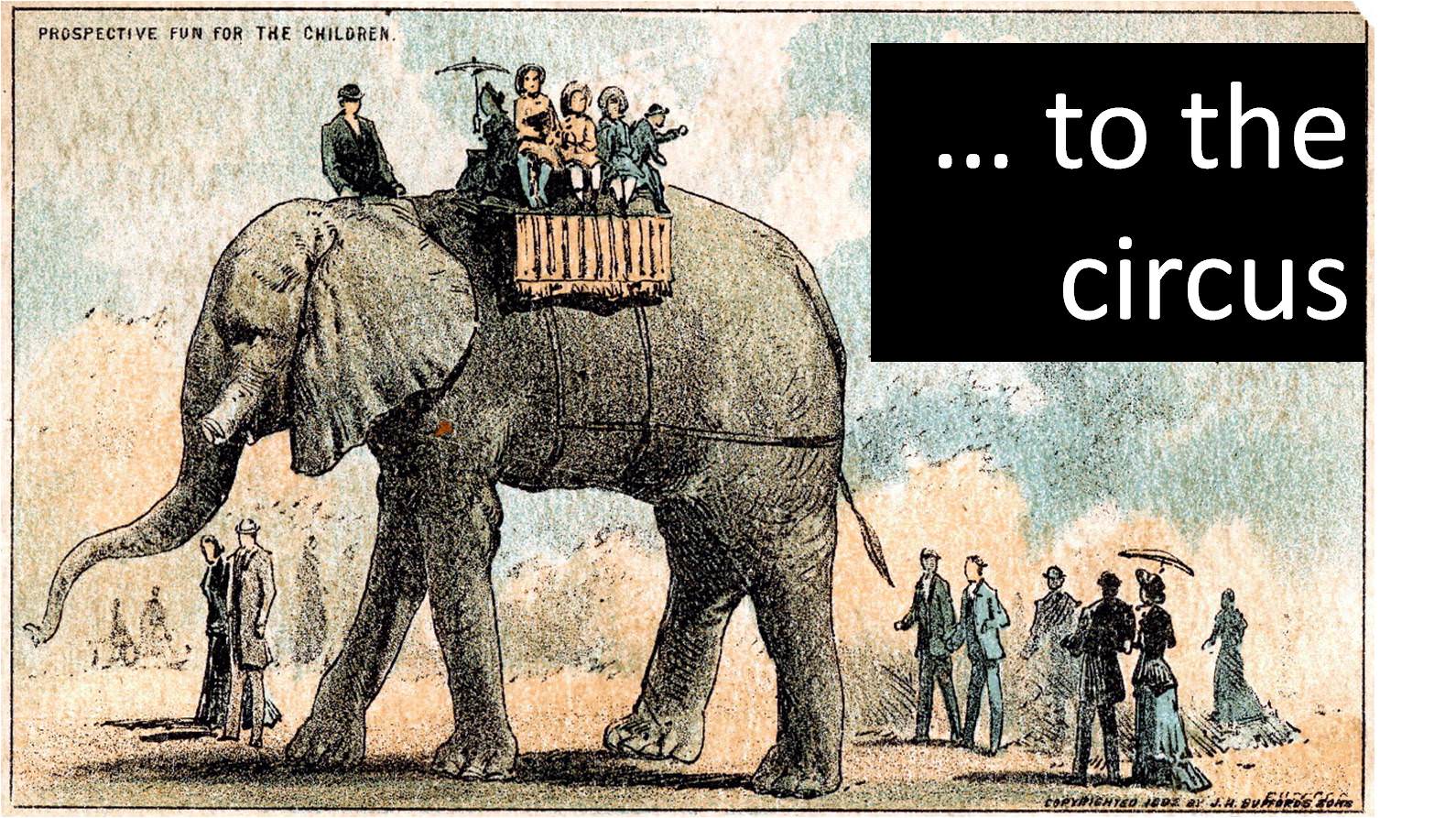 This was another really long answer to someone’s question that was made even longer due to the fact that it was a rather nested response. Though my reply did receive one upvote, I figured it would benefit more people (and force fewer to scroll down a long block of text in a 20-comment thread) if I scooped it out and put it here instead. My comment was made in reply to a user who wrote:

It was a question in the following discussion thread:

She wasn’t the only person who had answered this prompt with “walk” instead of “go,” myself included. So, I took some time to carefully and thoughtfully answer this question and to figure out why “ходит” is translated as “goes” here instead of “walks.” This is what I wrote (well, with some minor revisions here and there):

I, too, have seen “ходит” translated as “walks,” and, in fact, I, myself, translated it as “walks.” Whenever I get an answer wrong, I often visit Reverso just to make sure that my answer isn't also acceptable (to some translator somewhere out there). To Duolingo's credit, most of the time my answer is wrong and what I find at Reverso supports that. Not always, though, and this is one example where it didn't. (Well, I didn't think so at first, but read on.)

It is true that Reverso indicates that "goes" is a far more common translation for "ходит," but I also found numerous translations of it as "walk.” So many, in fact, that I was about to just let it go and move on, but then I wondered how I would say, "He never walks ..."? and the number one way is to use "ходит." If anyone would like to see the 130 translations of "ходит" for "walks," the link is here:

"ходит" as "walks" in Reverso translations

Now, having said that, I was teaching myself some things on verbs of motion the other day. (I know Duolingo has a lesson on it, but I haven't gotten to it yet and I didn't want to wait.) In the process, I learned a lot of things, but I don't want to complicate this issue here anymore than is necessary. So I will try to keep it very simple by mentioning just a couple of things here and then adding links to what I think are some good pages on the topic (really just basics on verbs of motion in general and not necessarily relevant to this discussion thread).

Now, with that out of the way, let's go back to this sentence, which, in English is:

He never goes to the circus.

The inclusion of "never" implies to me that this is what would be considered "habitual" or "abstract" and justifies the use of "ходит." Initially, I thought that might affect whether or not it can be translated as "walk," but after thinking this through a bit more, I don't think that has anything to do with it.

As a side note, I haven't read anything authoritative that prohibits translating "ходит" as "walks." Nevertheless, if you keep reading, you'll see that my skepticism over why "ходит" can't be translated as "walks" here wanes a bit.

Not 100% certain that I had a firm grasp of when to translate "ходит" as "walks” and when to translate it as “goes,” I took a closer look at some of the sentences at Reverso — specifically those that use "ходит" to translate "walks." And when I did, a light bulb of understanding went off for me. I'll list some of them below and then add my two cents as to why I think we have been marked incorrect for translating "ходит" as "walks" in this particular sentence. First the sentences from Reverso:

It walks and talks like us.
Он ходит и говорит, точно как мы.

She worships him and the ground he walks on.
Она преклоняется перед ним и землёй, по которой он ходит.

After reading through these, I asked myself, Could I reasonably have used "go" in any of these? And the answer is "no." It would sound rather odd.

Now, not every example that you see listed among the 130 translations of "ходит" as "walks" is going to be that cut and dry, but I'd be almost willing to bet that if you use "goes" to translate "ходит" instead of "walks" and only translate it as "walks" when it makes sense to do so, you'll start getting more of these correct and start developing a feel for how Russian speakers use these verbs.

One key thing to ask yourself is What is being emphasized in the sentence? Typically, in Russian, the most important part of the sentence is at the end. In this example (which I'll repeat below):

the last part of the sentence is "в цирк," indicating that the writer is placing emphasis on where some guy goes (or in this case doesn't go). In the other example sentences I provided, the location isn't important; the walking is. Do you see the difference?

I hope what I've written helps you or someone else out there. I'm not a native or Russian speaker or even fluent, nor am I a professional teacher of it, so for those who are (or even if you aren't) and you agree/disagree with anything I've written, please add your comments to this discussion thread. In the meantime, below are some pages I took a look at a week or two ago. They helped me and maybe they can help you:

I also recommend using Wiktionary and paying attention to the usage notes it often has for its entries, to include entries for the various verbs of motion you are bound to encounter in Russian.

As always, if you have any comments to make, please add them in the section below.

I kneel at the stunning amount of effort it took. No sarcasm. My sincerest respect.

In your opinion, will it be valid to compress all that in the expression "to go for a walk" to refer to?

Okay, I know verbs (which is "to go" here) and nouns (which is "a walk" here) are categorically different and all, but I was searching for a really short and easy to remember reference phrase to anchor to.

I mean, in that expression the going part refers to moving through space regardless of the means of transportation - walking no more than included. The walking part OTOH requires, well, walking as such.

Russian has a verb for "going for a walk" - гулать.

Well, yes, but I still think it's a good phrase to refer to to remind yourself of the difference between going and walking when you have to translate ходить.

Besides, гулять is also to stroll :p ;)

It's гулять.
In my opinion, it best corresponds to "to stroll" in English.