Why Duolingo needs a "My answer is not a typo" option

It's great that Duolingo allows for typos; it's a massive leg-up over much of the competition.

However, sometimes there are important grammatical distinctions that exist on the level of a single letter (certain Spanish verb conjugations spring to mind).

But this example stands out: 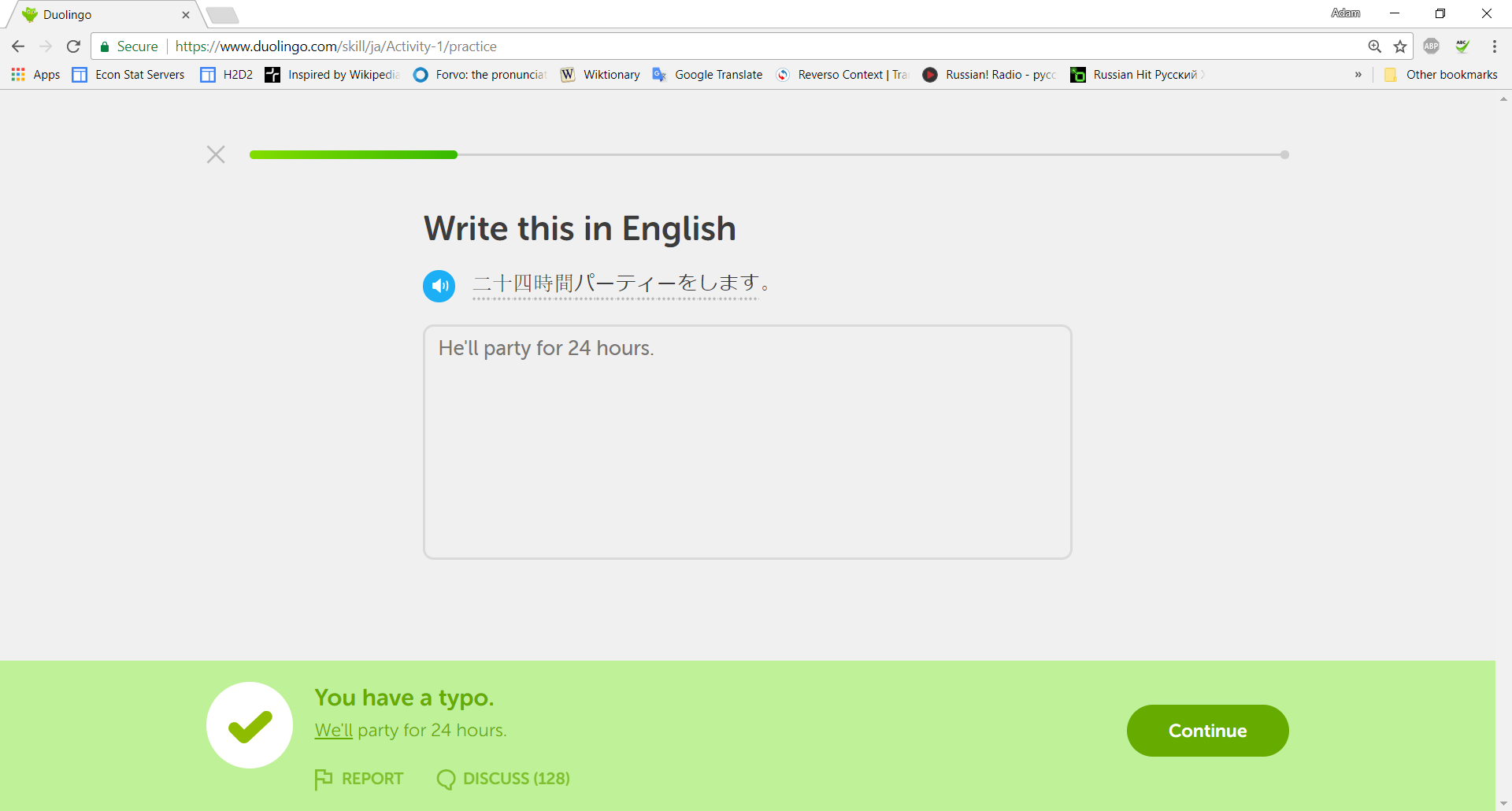 (direct link if the picture is hard to make out)

One of two things ought to happen here. My answer should have been rejected if Japanese lack of subject specification doesn't actually reasonably allow for anything but first-person pronouns in this sentence. Or it should be possible to indicate that a quite different answer really is missing. Just one more little checkbox, Duolingo! (and it would only need to show up when something is marked as a typo, just like the "My answer should have been accepted" box only shows up when an answer hasn't been accepted)

The problem with those reports (sent in through the flag button) is that they end up with the course contributors, who have zero control over the acceptance of typos.

It's better to take a screenshot and file a report here: https://support.duolingo.com/hc/en-us/requests/new

That way, it might at least end up with the developers who could do something about it.

who have zero control over the acceptance of typos

The matter at hand for course contributors would be to simply add the additional correct versions to the list of translations in the Incubator it seems to me.

As far as I know, there is no public standard as to what is supposed to be considered a mere typo versus a wrong answer, so I don't immediately consider it a bug if it should happen to be (in my view) unfortunately lenient. I assume they've tested different things and settled on what they've settled on, although obviously I wouldn't mind if a Duolingo developer happened across this thread and thought, yeah, that really is an example of strange behavior from the typo-checking system, maybe we ought to think about tweaking it.

This is not a typo since it is a correct sentence:

We accept something as a typo if it is one letter off AND is not a valid word. So for example, we accept "te" as a typo for "the" but we don't accept "he" as one.

So I agree with Simius that it is best to report this as a bug.

That's awesome, thanks! I've seen people in the forums recount this standard but never an authoritative source for it. Having seen it violated many times in the actual typo checking system, I lost confidence that people were sharing something with a basis outside their own observation and conjecture, but it looks like I was wrong.

Enjoy some lingots! (we'll see how many actually show up given the bugs in that system of late)

What it needs is the 'other' box where one could point out that there is an error but that the error may be either a or b.

I, too, miss the freewrite report box. However, I do sympathize that it was the source of a neverending torrent of useless comments, downright abuse, and other detritus. And the option I have in mind would send the proposed sentence to the incubator in a manner similarly convenient for contributors to how suggested translations appear now.