And the same question goes for the g/k and d/t voiced/voiceless pairs...

Does the pronunciation depends on if it is in the beginning/ end of the syllable, or is there another rule?

The often mentioned "Learn hangul in 15 minutes" comic says it is B, but I watched a youtube video that lists it as P.

yes it changes depend on the position it is in, it also happens with the R/L and the D/T (sorry, i cant type korean on my computer)

u can search it up, its not that hard to learn all the changes that happen

In the beginning, all consonants sound a bit harder. Basically though your letter ㅂ is a 'b'. Then there are similar letters...

(I shall not provide romanisation no matter what. It will only prevent you from learning properly.)

ㅃ - (well, has no equivalent in most of the languages around. It is a short, higher-pitch version of ㅂ. Alone by the higher pitch native speakers will be able to tell what you mean, so I'd suggest you take the pitch as the distinctive criterion first. Most learners cannot hear the other differences. Not at all, that is).

The tensed consonant letters are interesting, because these emerged from consonant clusters like ㅳ, ㅄ, and ㅴ. Many of these clusters became simplified over the centuries causing spelling confusion among those writing in native Korean, which had not been standardized in any way. By the time the Japanese had started becoming involved in shaping the Korean language, many of these tensed consonants were written with ㅅ (such as ㅺ, ㅼ, ㅽ). But the ㅅ sound had disappeared from those clusters already, leaving a tensed version of the second sounds in the clusters.

Since Korean is the only language which strictly distinguishes tensed consonants from plain and aspirated ones, a lot of research has been poured into analyzing the nature of tensed consonants. One paper (A Moraic Account of Korean Tense Consonants by Agustina Carando) argues that they are really geminates (long consonants) which can be found in a lot of languages like Italian and Japanese.

(I shall not provide romanisation no matter what. It will only prevent you from learning properly.)

I think the use of b in romanization is very counterintuitive. I get that there is an abundance of letters in the Roman alphabet, but ㅂ does not represent [b]. Instead, Korean has 3 p:

Between vowels, the plain form is voiced to [b]. This pattern extends to all of the other stop consonants as well.

In fact, the only time you will hear a [b] initially is when /m/ is denasalized. This process produced b- words in Japanese where the Chinese and Koreans had m- such as 萬 (/ban/ in Japanese, /man/ in Korean, /mʉɐnᴴ/ in Middle Chinese).

As always, your information is far and away the most informative (and correct!)

Simply amazing! Must admit your understanding and knowledge in Korean are profound indeed! hyvä (휘배!) 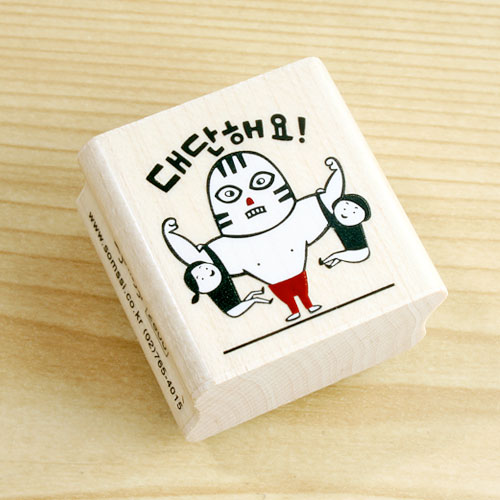 Wow this just helped me a lot.

Nowadays it's officially romanized as B, but the old romanization used P in the beginning of the syllable (like the city Pusan, which was renamed to Busan in 2000), because the actual sound is a middle ground between B and P.

I wrote something here that might help you: ㅁ or ㅂ? Identifying confusing sounds in Korean

Indeed, a lot of Korean celebrities with the family name of "박" romanize his or her family name as "Park" rather than "Bak".

Thanks for the answers!

it can be both

Both? It depends on where it is, from my understanding..