Hello... if ur here you must be addicted to kpop if ur on this page. Well whether u like bts or exo or any other kpop artists. Your in the right place and please join my club all fandoms can come. Also KpOp tRaSh is also welcome. I’m just trying to sound nice so u come but pLeAsE jOiN!! Club code: 52HJMQ

I'm in a BTS club already-- that club's gonna fill up fast, btw. BUT, I just wanna say-- any haters about to hate in this comment section, here's a list of Korean words I learned via k-pop (and the respective K-pop song):

neomu - 너무 - very - song I learned from: Very Very Very by IOI Ottoke (This is just me guessing at romanization, romanization isn't helpful anyhow so... xD) - 어떡해 - what do I do?? - Heart Shaker by TWICE. wae - 왜 - why? - song I learned from (there are lots of these, but,) TT by TWICE. Miane (again, guessed at romanization, Hangul is what really matters anyway, right?) - 미안해 - sorry - another TWICE song; Cheer Up by TWICE, but also, Mic drop by BTS, which leads me to my next one, OMMA (stupid autocorrect, gettin ahead of itself) - 엄마 - Mom - song I learned from: BTS Mic Drop. Yeppo - 예뻐 - pretty - I have no idea exactly where I learned this from, but the minute it solidified in my head was probably Gashina by Sunmi? MAYBE...? And last, but very much not least. At all,

Monsta X is great to me....... Hope someone also love this group.

I couldn’t agree with you more. 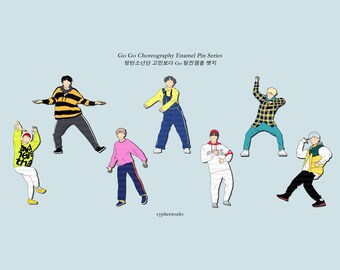 Me and my best friens all are the biggest friends of KPOP, especially of BTS

yea, I really like their music and their moves

For the Armies, who's ur bias?

Idk, they're all bias wreckers but my first bias was V

I'm really indecisive so I just say Sope (Hoseok and Yoongi) is my bias.

BTS is my LIFE

kpOp is my life ngl

TXT and BTS are life (Lol why am I like this?)

LUV BTS!!! My bias is Jungkook and yours? :D

Me too, who is you bias wrecker?

Hello!!! Kpop is running my life now. I can't remember what kind of music I listened to before kpop. I'm a huge fan of many a groups. However BTS, GOT7 and Twice have me. Does Jay Park count though, cause I love him aswell.

Please help me about the follower, I am learning Hebrew and Portuguese. I don't understand, will the follower help me.