Swahili out of Beta!

Kiswahili for English speakers course is now out of beta! 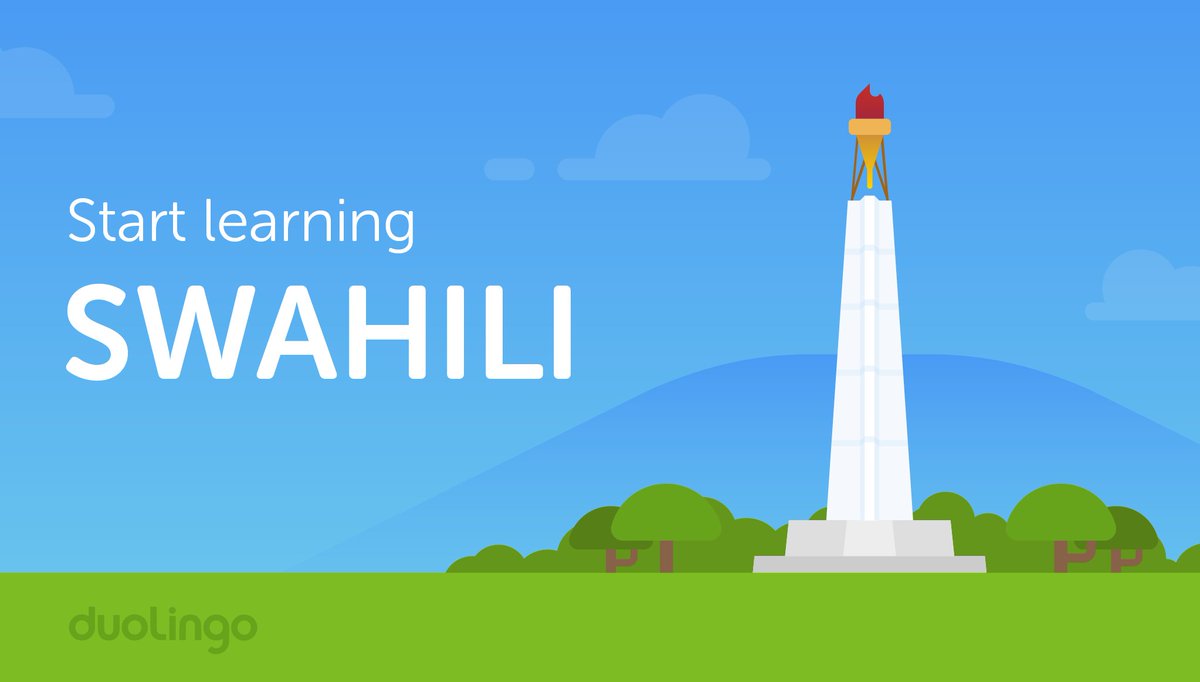 Thanks for letting us know. I really don't think it's right that it should graduate from beta when the sound hasn't been added. That is a major component of a course and, in my opinion at least, courses are never complete without it.

They let High Valyrian out of beta with no audio and Vietnamese out with audio for only maybe half the setnences. I think the die has been cast :(

Well, if it's out of beta, I guess that means it's "done" and we can stop hoping that improvements will be made, such as adding the audio that was promised months and months ago. Or am I wrong?

Thankfully yes, you are wrong. Have you never gotten an accepted report e-mail from a course out of beta? I've gotten plenty. It's all up to the contributors. Let's hope they stay active. There is obviously much work left to be done well apart from the audio.

i have only received one and i have reported many mistakes which i am still seeing after going through the tree again. like you, i hope they are staying active. I have noticed several corrections have been made in the lower levels of the tree. Most of the mistakes are the english translations. The swahili is good.

I have gotten dozens from this course in the past month or so. But, yes, they seem to be from the top of the tree (where many valid translations are certainly still missing), and my reports from further down haven't seemed to yield many e-mails as yet.

That trees are in less mature form further down is a Duolingo universal, however.

Also, where are you getting this information from? It still says "in Beta" on the little yellow ribbon thing.

The imgur link Woof. posted should do it. The yellow banner sometimes sticks around for a few days. Or you can check the Incubator, or see that... the Swahili course on the app now has Health.

How? Missing translations, no audio, the course needs work. But anyhow, congratulations to the team!

It still says beta on mine. Well done to the team for what they have done so far, but they really need to fix all the dodgy translations and add the audio before it gets promoted.

Yeah on the incubator page it's "Graduated from beta". But on the Swahili lessons page it's still in beta.

I do not think it is out of beta or at least it should not be. There are still way to many mistakes expecially in the area of the english translations of some of the sentences as well as the possible correct answers in english. The swahili side of the course is in good shape. I am an american living in Tanzania, and I have found that it is easier for me to write the swahili translation of an english sentence than to write the answer in english even though I can understand swahili.

Congratulations, team! Please keep up the good work! We definitely like getting those accepted report e-mails!

Howcome they can add new voices to languages like Spanish but can't add the recordings for Swahili? Now it is out of beta even though it is clearly not ready. Duolingo won't even give an explanation, this has all been very disappointing.

For some languages, like Spanish, there's no need to record and correct the audio. It's all done use TTS libraries like Ivona or Google's offerings. As those libraries improve and expand Duo can offer those additional voices. I don't think a good TTS library exists for Swahili, which means recordings. I know they promised it a while ago, and I'm disappointed that it hasn't appeared by now, but I get why Spanish, German, etc can get those new voices.

Duolingo has shown itself perfectly able to launch Hungarian, Hebrew, etc with recorded audio files duly attached. PotatoSanta is right that the Swahili case is a mystery, and a most disappointing one. The audio was allegedly recorded months ago.

Its not great to the people who recorded it either. Did they really do all that work for nothing?

I honestly agree with all of you. This release from Beta was rather premature.

I think courses probably just automatically graduate from beta after a year - I'm pretty sure it's been a year now - so I don't think it has anything to do with any human decision that the course is somehow complete, except a human decision at some point that "surely no course would ever need to be in beta for more than a year.

It came out of the Incubator February 20, 2017. Of the nine courses in beta as of approximately a week ago, it had actually been there only fourth longest, Hungarian from English, Spanish from Chinese, and Guaraní from Spanish all having entered beta more than five months before Swahili. http://duolingo.wikia.com/wiki/Course_list

How did Swahili exit beta? Someway, somehow it got below the reporting threshold level, widely reported as three reports per 100 users per day. How? Well, they have been accepting a lot of reports lately, so that figure should be going down. Were I to speculate, I would say that it's that combined with users simply having figured out that if they didn't put articles on the one or two-word translates, their answer would probably be accepted. So they have abandoned putting articles. Had the course more full sentences, of course this wouldn't have worked, but perhaps it winds up being a structural "advantage" of the Swahili course on the specific criterion of facilitating beta exit. Obviously this is to the benefit of no one in the long term, essentially tricking the system. I'm pretty sure that English for Thai's having gotten out of beta in only 40 days "tricked the system" in some way, too, perhaps just by dint of people not even knowing to report things due to lack of experience with the platform.

You are definitely wrong. At the home page of the course it is clearly flagged as beta.

As mentioned previously in this thread, that is not a reliable indicator.