Language is not all about which words we say - it's also about how we say them.

Language is not all about the choice of words and grammar structure - it's also about the sound of it. The accent, the pitch, the intonation, the melody of it. Even if you don't know a language - sometimes you can tell which one it is just by hearing it. Here are two examples:

And there's a surprise - some animals, although they don't understand the meaning of a language, can "tell" that a different language is being spoken.

"Which Animals Can Differentiate Between Languages?"

Talking to animals, including baby human animals, is a waste of time. They don't know what you're saying. But there has been an experiment that proves certain animals they do know what language you're saying it in.
Scientists at the University of Barcelona have figured out that animals can distinguish between different human languages. How did they do this? They started slow, with cotton-top tamarin monkeys and human infants (unfortunately not in the same room at the same time). The procedure of the experiment was simple: the monkey or infant (oh, how I wish it had been both) sat in a room with a speaker. The speaker played either Japanese or Dutch sentences while a team of scientists gauged subject's level of interest in the sound. Apparently when infants are interested in something, they ramp up the intensity with which they suck on their pacifier. Monkeys, who have better neck control than human infants and are rarely provided with pacifiers, just turn towards the speaker. After a few minutes, the sounds no longer held either subject's interest, and they showed signs of boredom. When the language on the speaker changed, from Japanese to Dutch or Dutch to Japanese, round went the head again. Both human babies and monkeys knew the difference in the melody of speech.
The scientists took it one step further when they decided to train rats. The experiment in this case was more elaborate, as rats could be motivated by the gifting and withholding of food. (People tend to frown on that sort of thing with human infants.) The rats were separated into two groups. If the "Japanese" rats pushed a lever while four specifically-selected Japanese sentences played on a speaker, they got food, but they got nothing if they pressed a lever while four Dutch sentences were being played. The "Dutch" rats got food for lever-pushing during four Dutch sentences, but not during Japanese sentences.
The rats were quickly trained. They were then played new sentences, sentences that they'd never heard before, either in Dutch or in Japanese. The rats only responded to "their" languages. They never understood the words, and they couldn't understand the new sentences, but they had a feeling for the sound and rhythm of their languages. So when you go through a foreign city and see a rat don't scream and yell. If you do, the rat will be able to tell that you're a tourist. Then they get mean.

This post was inspired by my dog, BlackJack, reacting to me switching languages - just for fun, to test his reaction. And it surprised me: 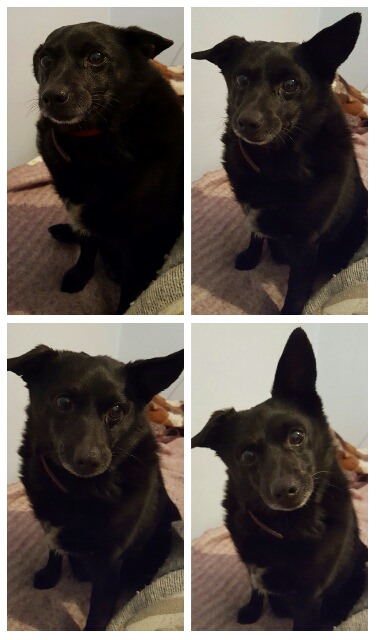 And then he ran away and stared at me from the floor. He also takes commands from people only if they're spoken in a certain pitch and intonation. For example, he always understands what I want from him, sometimes gets what my mother wants from him (I showed her how to say the commands) but never gets the meaning of the commands given by my grandfather (he can't imitate my intonation).

Summary: It's one thing to know the grammar and vocabulary of a language - another thing is to get the right pronunciation.
A simple example: American "r" and Japanese or Spanish "r" - same sound, different ways of pronouncing it.
Phonetics and phonology play a very important part in communication. Even if you're saying the right words - you may not be understood. And even when talking gibberish - it's possible to recognize the sound of a language without knowing it.

Edit: BlackJack is overwhelmed by all the attention he got ;) 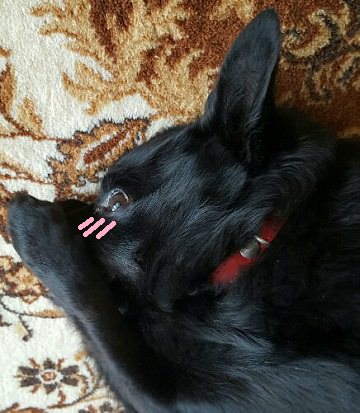 He certainly thinks I lost my marbles, though - he reacted even stronger when I spoke Chinese to him (must be the tones!)... 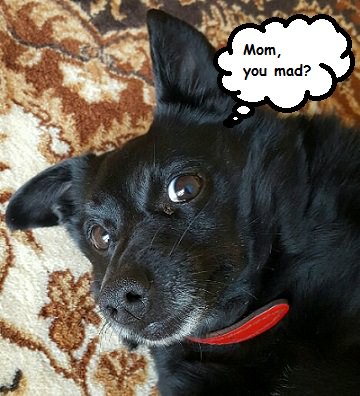 Me and Jack both thank you for all the nice comments! ^.^

awwww i love the dog

Absolutely wonderful post. Props to you;). I love that video so much! Also, I have noticed the reactions of my dogs to different languages. My GSD mix has learned to take commands in Spanish and Russian pretty well, while my other dog still finds Russian grating on his ears and will get away from there as quickly as possible....

Good post. Saw that video a while ago. Very entertaining.

Your dog is so funny! Love the expressions! I live with 6 cats and I've spoken Spanish to two of them.... I think they respond better to my español than they do to my English, although my family don't understand what I say half of the time (even my mom, who took Spanish in high school like I did).

You sharing this actually reminded me of this Italian gibberish song that imitates the American accent. https://www.youtube.com/watch?v=F1qKv-kaYEk

I absolutely love prosody. :) It's why it is so important to learn how a language actually sounds, when you remove the meaning and are left with the natural rhythm of a language. The better you are at grasping the different stresses and intonations, the more natural you sound once you speak.

Prosody is why I love accents too; I can hear the 'native tongue' behind the learned language that someone is using.

Your dog is cute! I think he thinks you lost your marbles! Lingots for you!

Great post, animals and language is a very interesting topic! And at the risk if sounding redundant I just can’t help adding....Black Jack is adorbs!!!

I've been wondering, even if we use a different language to write something in another language, a native speaker will easily understand the language even if it lacks all the pronunciation and accent , and sometimes even all the sounds

I think that yes, I do that all the time, making translations and responding in languages that I wouldn't be sure how to pronounce.

There are some exceptions though - in Japanese "hashi" (はし), when written in hiragana, may mean both "chopsticks" and "bridge" - however, the difference is easily noticed in speech, as the pitch rise falls on different syllables. In a bit more advanced writing using kanji, that problem no longer exists, because they have different characters :)

There's an image illustrating this: (https://i.imgur.com/V5HHF6S.jpg)