Translation:She likes pale colors, so she has a pink dress.

Anyone have any ideas as to why "she likes the pale colours, so she has a pink dress" is not acceptable??

It is, without any doubt, bad English idiom to include the article, which is not used in this general kind of statement; the article is used only when referring to a specific and known set of colors. People generally "like things", and people specifically "like the things" which a limited in number (i.e., "countable"), so "She likes pale colors" is the only possible answer here.

Most English sentences would in fact re-order the wording in a more logical way: "She has a pink dress because she likes pale colors".

Another example: She is presented with various swatches of paint (small exemplars of paint colors in a store which sells paint). 3 swatches are pale in hue, 3 are medium, 3 are dark. She tells the clerk, "I like the pale colors," so the clerk removes the 3 medium and 3 dark, so that she can select a single color from among the 3 pale swatches. She specifically selects the pale colors because she generally likes pale colors.

You must say it in french

please, could anyone tell me what is the difference between «pale colours» and «light colours»? (I am not a native speaker)

NOTE. :I have the same question about « couleurs pâles» and «couleurs claires».. (nor am I French). So, I am not asking for a translation but for an explanation.

thank you very much for answering!

It's not really helpful for you when the dictionary definitions of these words are:

All pale colors are light, but not all light colors are pale. The way that I think about it is that pale colors are not strong/have less color, and light colors are not dark/have more brightness, so a pale green can look as if it has had white added to it, whereas a light green can look as if it has had black taken away from it. An example: a strong green tea will be light in color, but if you add a bit of cream to it then it will be pale in color.

thank you, PV. Your explanation makes a sense to me.

How could I know it's "les couleurs pâles" and not "le couleur pâle" by only listening to the phrase? Is "couleurs" something forcedly pluralized?

I struggled when I started out with this as well. As do a lot of people. It all comes down to practicing a lot and hearing the sounds again and again. It's boring, but it works.

les sounds like "lay" and la sounds like "lah". The sounds are very different. This is the only way of determining plural vs. singular in this instance.

You routinely find this question, How do I tell the plural when no one pronounces the ends of words? The answer seems to be almost always the article, here le vs les, which difference is said to be clear enough for native speakers to know immediately what is coming next.

"La couleur" is a feminine noun, so it should be "la couleur pâle", which is easier to distinguish from the plural "les couleurs".

Why does it not accept therefore in place of so?

It would be interesting to have some insight into DL's decision to call an error wrong word or typo. Lots of times I goof up with one letter, just plain get it wrong, but I get a typo. This time I just left the s off like and got wrong word. Me, an educated native E speaker! Well, I'll just offer it up.

In general, if a typo in English creates a different valid word in English, then it's considered an error, not a typo. For example, "teh" is considered a typo for "the" because "teh" is not an English word, but if you type "car" for "cat", or "in" for "on", then it's an error.

DL also has the option to create an auto-accept for any typo, but it's very limited and rarely used.

Are pale colors the same as pastel colors?

No, they are not the same.

Pastels are a chalky, washed-out kind of color - the tones are muted, but they can be quite varied in tone, level of darkness/lightness, and saturation. There are dark pastels. 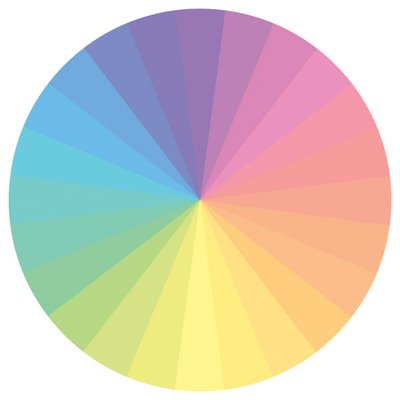 You are wrong!!!!!! The dictionary defines pastels as pale colors

In English the color 'rose' is a pink tone, so it would be nice if 'rose' were accepted by DL as an alternate translation of pink.

Why not therefore in stead of so?

"She likes pale colors, therefore she has a pink dress" wasn't accepted. I reported it but now I am second guessing myself.

She likes pale colours so she has one pink dress

why not «she likes pale colours, then she has a pink dress»? Thanks

(So) Synonyms in these kinds of sentences are: For this reason/therefore.

As I understood; Because of her favourite colours, she has a pink dress. So, it is an explanation if we wonder: why she chose the pink colour itself? The word (so) in this sentence explains a reason. For example of using (so) as a reason: ( She is vegetarian, so she doesn't eat meats ); The other way to write the same sentence is ( She doesn't eat meats because she is vegetarian)

But if we use (then), the seconde sentence should be a transition. For axample: ( She used to like pale colours, then she changed her mind and started to like dark colours)

Hope my explanation is clear. Thank you

thank you Noor. Your explanation is really clear. I didn't know that difference.

i wrote"she likes the pale colors so she has a pink dress" and it was marked wrong, is it because i didn't put ( , )

Also, because you said "she likes the pale colors". Correct English drops the article: "She likes pale colors."

It may well be that this sentence is teaching us that aime takes les rather than des, but that does not change whether the E is OK or not. Does she like the deep colors or the pale colors? She likes the pale colors, so she has a pink dress. Who knows, she may even like some pale colors, but not all of them.

There is an article (les) in the French sentence (les couleurs pâles) while there is not in the English sentence (pale colours), why? Is it something special about colours or what?

Verbs of appreciation like "aimer" or "préférer" always take the definite article.

In English, the article is usually included for specific things and elided for general things: "She likes pale colors, and she likes the pale colors in the painting."

French generally uses the article for very general things and for very specific things, but adds de for general but limited quantities of specific things. Elle aime le pain, donc elle mange du pain. Elle mange le pain qu'elle achète de la boulangerie Poilâne. "She likes bread, so she is eating bread. She is eating the bread she buys from the Poilâne bakery." (I'm almost 100% certain this is good grammar, though the idiom might be off.)

But then: Elle mange du pain qu'elle achète de la boulangerie. "She eats/is eating bread she buys from the bakery."

Thank you so much!!

You'd have to say "She likes/loves the object" in the singular. You can't generally like/love a single thing in English, unless it's a proper noun - a person or place. "She likes John. She loves Paris."

"She likes light colours" Was not accepted, why is this?

I wrote "she loves pale colors" instead of " she likes" and was marked wrong.

Thanks! Will have to remember that!

Why couldn't this be translated "She likes pale colors, so she has a pink robe."?

Pastel should be acceptable

Pastel is the same in French and English.