Translation:This cat is my boss, not my pet!

41 Comments
This discussion is locked. 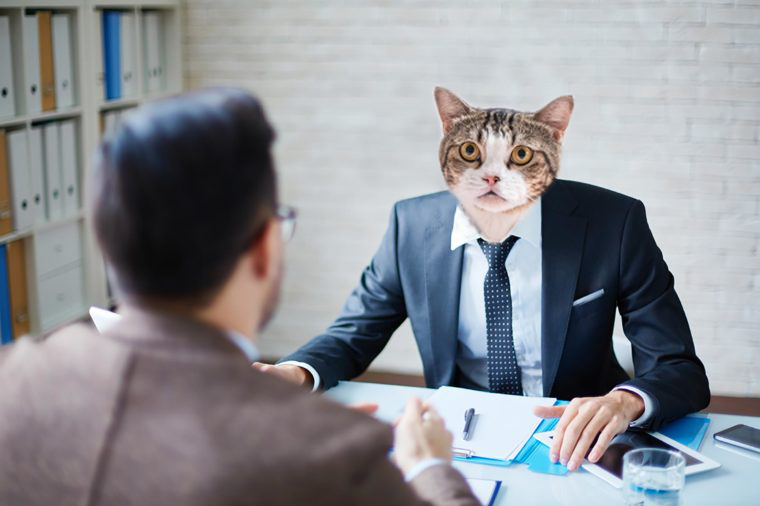 Cats are always in charge! :)

Said the person with a profile picture of a dog...

As someone who owns a cat, this is not wrong.

If that were true and the cat were the boss, then you'd be the one feeding it and cleaning up its...oh.

Only you Duo, only you.

Besides this being a senseless sentence, wouldn't it be wrong grammatically?? If Katze is feminine why isn't it: "diese Katze ist meine Chefin, nicht mein Haustier!

If this is helpful, please reply.

I get what you mean, but I still think Araucoforever has a point. We're equating the cat with the boss. The German word for cat used here is Katze, not Kater, which means that it's a female cat. Thus, the sentence should either be... - "Dieser Kater ist mein Chef, nicht mein Haustier" or... - "Diese Katze ist meine Chefin, nicht mein Haustier".

Just like you can write "Die Schüler" to mean a group of pupils - both male and female - but if you wrote "Die Schüler sind meine Chefinen" (Ok, I'm not entirely sure what the plural form of Chefin is. I hope it's correct), that would be confusing.

The Schüler/innen/Chef/innen example isn't quite the same. Both those words behave identically with regard to gender: one form has masculine grammatical gender, and can refer to males, a mixed group, or people of unspecified gender. If we use the "-innen" form for one, then we're definitely talking about an all-female group, so it makes sense to use -innen for the other noun as well.

But "Katze" refers to female, or non-specified, or mixed sex (as "Katzen"). So if we're talking about a cat and not specifying its gender, "Katze" + "Chef" seems appropriate. If we wanted to specify that it was a female cat, then we would use "Chefin".

I suppose it could either be something from the realm of fantasy (like so many other Duo sentences), or something a pet-owner would say in jest when complaining about how demanding their pet is (always wanting to be fed or played with, for example).

This is meme material

And a German version for practice! https://www.businesscatcomic.com/de/

Ahem, yes i would like to work there please

That, Miss Lincoln, is simply my cat...

It's possible to avoid this question as to whether to use "die Katze" or "der Kater" for "cat". Just choose the neuter term "Kaetzchen" ("little cat"). That's assuming, of course, that the cat in question isn't one of those big fat moggies we sometimes see.

Why is chief instead of boss not accepted?

Is this a Bojack Horseman reference?

An English comparison would be words like actor/actress. An "actress" is always female, but an "actor" isn't always male: https://en.wikipedia.org/wiki/List_of_highest_paid_film_actors. OTOH, a "drake" is a male duck but a "duck" isn't necessarily female.

So I could write something like "the duck was the best actor in that film" and it would be similar to "diese Katze ist mein Chef".