Why doesn't, "In the market" work?

Market is mercado. It's not the super type ;)

But supermarket is supermercado..while market is what you said

I think the words can be interchangeable and either is often used to mean the same thing in english along with grocery but I suppose it's because there is a Spanish word for market and it is generally a smaller establishment.

"Mercado" in Spanish is indoor or outdoor markets, it's not at all a supermarket. It has several sellers, not only one. 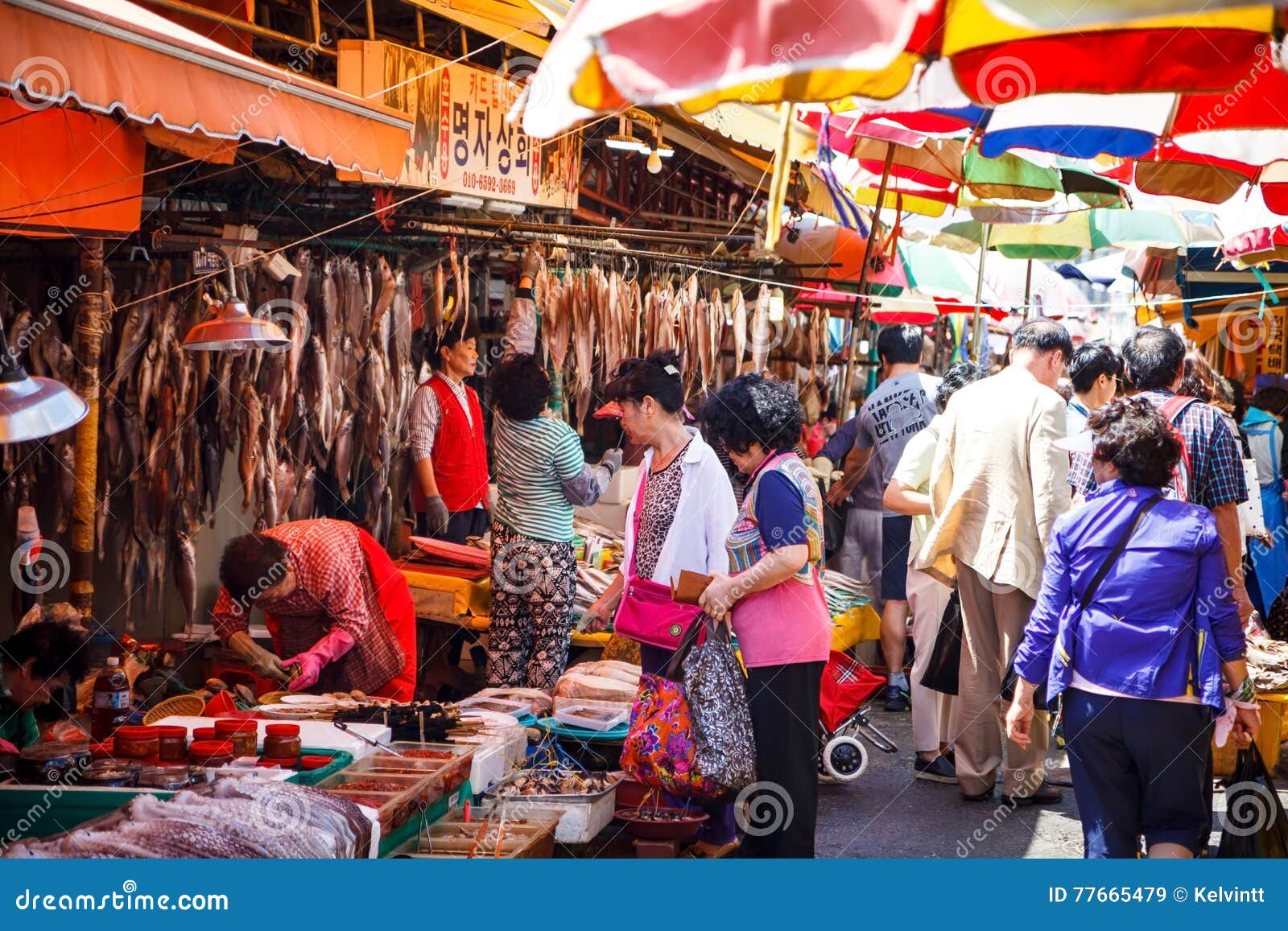 Indoor (the same, but with a wind/rain protective roof: 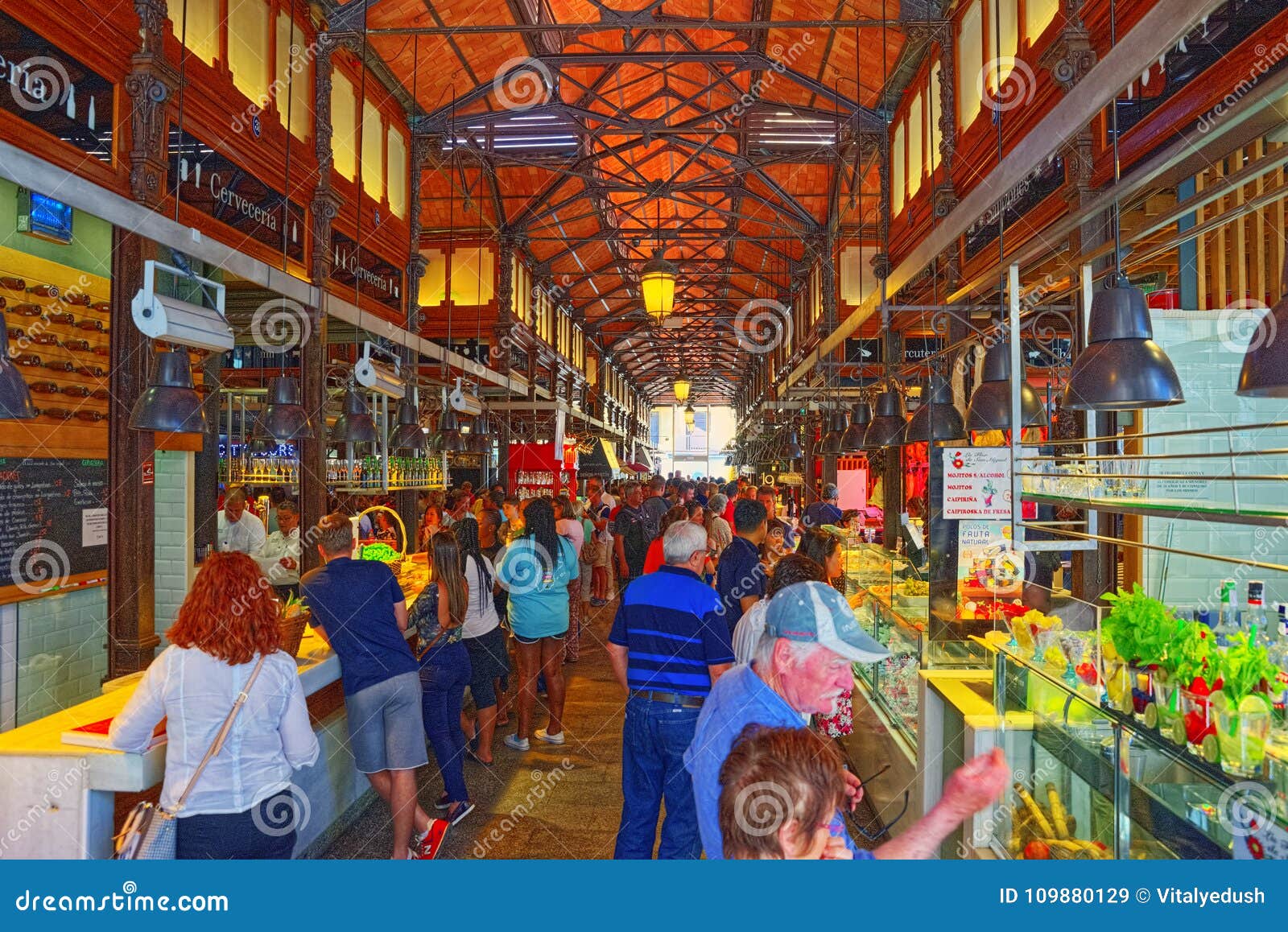 It is a public place (unless you talk about the economic market): https://en.wikipedia.org/wiki/Mercado

It's more distinctive that the English market/supermarket.
I think European countries have more outdoor markets than the English speaking ones (or just the US?), it's a tradition. In my city (in France), we have them twice a week), and we have one in almost all the cities or towns.

that first picture was taken in South Korea

So? He/she/they were giving an example of a market. It doesn't matter where it was taken. Don't type unnecessary comments.

What are u talking abouy

Mercado is market. Supermericado is supermarket.

U have to say it en español.

Its a different kind not like a food store

The purpose of the question is to make sure you can pronounce the Spanish right.

I only mispelled supermarket

Half of America would say "Grocery" - and would never use the word "supermarket." Both would mean the same thing to most Americans, though.

They give the translation "grocery store" for "supermarket" here, so report "grocery store/grocery" if it's not accepted.
https://www.spanishdict.com/translate/el%20supermercado

In my country, grocery stores are very different from supermarkets. Grocery stores are small, opened later in the evening (and often expensive) and supermarket are big, and we find more kind of products. It's really bigger, none can make the confusion. But in America, I don't know why there's no distinction between the 2 kinds of shops?

Supermakardo is hard to say or spell

Why is "at" the supermarket wrong when "at" is on the dropdown menu for "en"?

At the supermarket = al supermercado

The dropdown menu shows you possible definitions. Think of it as if you were looking up a word in the dictionary. Not all of the possible meanings are the correct meaning for the given context.

I mean supermarket i typed supermarker. Typing too fast i didn't check dang

The previous sentence i had was "En el aeropuerto" = at the airport. So how come this, "En el supermercado" = in the supermarket. Does the "En" change from At's and In's. Why and how come?

It said that En can be At or In. And i said at and it counted it wrong.

Why is "at the supermarket" incorrect?

Because the idiom is "in the supermarket", and "at the airport" (usually, as "in the airport" could also be possible in some contexts).

silently eating the bananas in the supermarket

I did every single word right but it says I'm wrong

What did you write, and what was your instructions?

Man this is going so fast all of a sudden

How do we get to know about the gender of the verb?? How we understand where we need to us 'la' and 'el'?

I accidentally put in "a" supermarket

I accidentally put in "a" supermarket

Should have been accepted

I wrote Supermakado just the c

I love how supermercado sounds :)

I just made a spelling error

it supposed to be ''in the supermarket'' be specific...

"En el supermercado" don't work. It's not that you been spelling it wrong entirely. It's all in the "el" pronoun. In spanish when you type "el" as a lower case you're using this as if you're saying "He"

To differentiate that you'd have to change the "el" from "Él".

So just keep in mind that:

Because in Spanish they don't have a different words for THE by itself like in English does.

So what they do is: they just spelled it differently with a capital & an accent on top of it as that. If It's still wrong..let me know.

I cant do it even tho i am vorrect

It doesn't even work

This voice has to go!! It is very difficult to understand & tolerate.

how the hell are you supposed to remember how to spell this crap.

Got the answer right and spelling, yet in took a life off me and told me answer was incorrect

I wrote "supermarcado" but it didn't tell me it was a typo, just marked it as correct.

It wont accept my spanish for "en el surpermedico"

Im having a tough time with the idea of gendered nouns. How does one know if the random object (money, food, car, etc.) is feminine or masculine? It seems totally random whether I'm using "el" or "la". Thanks for the help!!

dude lowkey autocorrected "in" to "I'm" and got me wrong