Translation:She is a little tired and wants to sleep.

To is not needed in English

Yes, but that would make the word "sleep" a noun instead of a verb. In the sentence it's a verb, so you have to use "to" to make the English word also a verb.

Many of the Duolingo students who come here to read this forum web page have not yet learned that Spanish infinitives are used as nouns. If you are not yet educated in this area, take a look at the following article.

Spanish Infinitives used as the object of a verb:

When is a "verb" not a verb? A verb may be defined as the action word of the sentence. To determine whether a word is really functioning as a verb or not, consider its role in the sentence. How is the Spanish word, dormir, used in the following sentence?

Me gusta dormir.
― Sleeping is pleasing to me.
― I like sleeping.

Dormir is being used as a noun! How is the word, dormir, used in the following Spanish sentence?

Dormir is being used as a noun! Dormir is the object of the verb. The verb in the second clause of the sentence is quiere. In Spanish, when a "verb" functions as a noun, the infinitive is often used.

(The web link to this quote is provided again at the end of this post.)

In addition to using the infinitive form, a verb can sometimes be transformed into a noun by following the steps outlined below:

Example:
root verb: alojar (to lodge or to billet)

I am not sure how you're extracting that translation out of the article you linked. The only similar thing I can find in there does use the English to-infinitive form:

As the object of a verb: Yo preferiría salir. (I would prefer to leave.)

I mean, "wanting to sleep" and "wanting sleep" basically mean the same (unless you have a sleep-stealing device), but they still use different word classes. And, at least for learning purposes, they should be kept parallel.

quote:
"I am not sure how you're extracting that translation out of the article you linked...."

My reply:
You misunderstood me. I did not extract a translation out of any article. Perhaps if I reveal to you who I am, you will believe me. 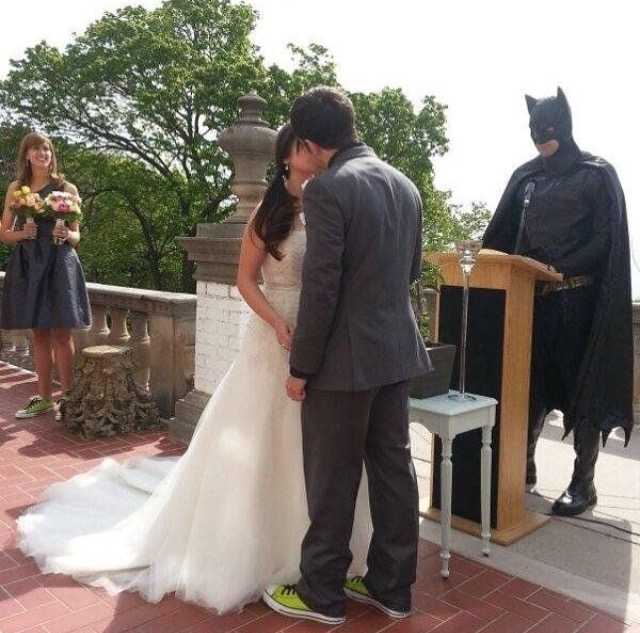 And now, by the authority vested in me by the State of Gotham, with this Batarang, I hereby christen the following translation as a "Bat translation". This Bat translation, shown below, is thus entitled to all the rights, privileges and honors thereunto pertaining to linguistic discourse.

The issue is how do we translate the following English sentence into Spanish.

"She is a little tired and wants sleep."

Have a lingot for your hilarity (is that a legitimate word?)

I hereby Grant YOU a lingot for both your humor & effort. ¡qué bueno!

You utterly deserve this lingot.

I am also giving you a lingot

Wow . Thank you so much for taking time and writing an entire lesson! It was really helpful!☺

Is 'el sueño' 'the sleep', 'the dream', or both? Could you say 'Ella está un poco cansada y quiere el sueño'?

Sueño means "dream", primarily, but gets used in many constructions that translate is as "sleep" or similar. Like "tener sueño" - "to be sleepy" or "durante el sueño" - "during sleep".

"Querer el sueño" doesn't have such an idiomatic meaning and would only mean "to want the dream".

If you took the 'el' out, would quiere sueño mean 'wants sleep'?

No, that wouldn't really mean anything. Like, it would still be "wants dream".

I agree with Jose296058, "to" is not required in English. That would be up to the person saying the sentence but there would be no right or wrong in this situation. The answer should be excepted either way.

Are you a native english speaker? Because I am not, but I disagree, because the sentence is quiere dormir, so - She wants to sleep, it is a common use of verb as noun, the verb is want, and sleep is some other action, like want to leave, have to go, want to write etc. You don't say I want write, right?

I put : "She is a little tired and wants sleep", and it didn't accept it. Am I really wrong?

Yes, kind of. Semantically it's the same, but you used the noun "sleep" here. Dormir is a verb.

Why is it un poco and not una poco

Poco is masculine. "Un poco" is a special noun construction that you can use as a preposition to an adjective, just like "a little" in English. The article has nothing to do with the adjective, so it'll always be "un poco".

Thank you for explaining that. I had the same question. It can be quite confusing.

The term, poco, can function in various roles: as a noun, a pronoun, an adjective, or an adverb. In the Duolingo Spanish sentence, the indefinite article tells us that the Spanish word, poco, is functioning in the role of a noun. This particular Spanish noun is always masculine. Therefore the indefinite article (un) becomes masculine in order to match the gender of the noun (poco).

Spanish adverbs and adverbial phrases do not change gender. They do not behave like Spanish adjectives.

example of usage as a pronoun:
Te quedan pocas.
― You have a few (of them) left.

As most of you already know, pronouns match the gender of the noun that they replace.

The Diccionario Panhispánico de Dudas (c2005 by the REA) has a more detailed answer.

Must be a regional thing, I say "little" in front of adjectives all the time.

Could be right. I'm Australian and "little tired" sounds a bit weird to me.

In the USA the word "little" is very common. The use of "bit" in place of "little" does sound a bit British but both words should be excepted. We love our British, Canadian, and Australian allies.

I am Australian and "a little tired" sounds perfectly normal... So.. Go figure.. :shrug:

I'm a little perturbed by the monkey business.:P

So you're saying that in your region, "little" is only used as an adjective, but not as an adverb. But the use of "little" as an adverb is quite common and it's grammatically okay.

I found it strange too, especially with the article in that sentence. I have never heard before, that you could say 'a little tired'. Although, I have heard many times 'little tired' and 'a little bit tired' as well as 'a bit tired'. Don't know which would be the best way to say it though (since I am not a native speaker).

Saying "little tired" without the article is not quite right. Just as you can say "a bit tired", you should also say "a little tired". The words "bit" and "little" are interchangeable and, as you say, even combinable.

I prefer using "little" in these situations.

To get sleep is a little different, it's like the difference between taking a showet and having a shower, but putting the word "get" might make it rather demanding and you would also have to change the spanish sentence.

Why is poco in front of cansada and not after it?

It's where poco goes.

Can i say Ella esta poco casada? (No un)?

It would just sound like "She is little tired". Kinda wrong.

What's the difference between wishing to sleep and wanting to sleep? To me they are the same.

@Roxana11701
These are synonymous terms. Therefore you should consult a dictionary. I suggest you consult more than one dictionary.
https://wikidiff.com/

I am very confused about This sentence

What exactly are you confused about? It's pretty straightforward:

She is a bit tired and want to sleep . ..was marked as incorrect?

You might have missed the 's' in "wants", but otherwise your sentence is fine.

My answer : She is tired & wants to sleep. Still correct

Little or a bit?

HOW IS "She is tired a little and wants to sleep" WRONG??

If you modify an adjective with "a little", you have to place that phrase in front of the adjective. With verbs, you place it behind:

It's a good translation as well. :)

When I hovered over 'poco', it gave me the translation of 'un poco', being 'somewhat' (?). I now know 'poco' itself means little, but because it gave me 'somewhat' (and I usually use the first translation it offers) I used 'somewhat'. It was a wrong answer. Why did it give me this translation?

The hover hints are Duolingo's guess as to what a specific word or a specific word combination means. But that guess is based on all the sentences in this course, so it might not be applicable for every sentence.

I'm not sure where "somewhat" comes from, though. I haven't seen it actively used in any sentence on here, and, at least for me, it's a bit a stronger word than "un poco".

She is a little tired what??? I dont understand?? That s a bit weird

"A little" works as an adverb here. We're saying that she is tired, but to a low degree.

What about She is little tired...

Does anyone else see the capitalized Ella and think it is a name? "Ella is a little tired and wants to sleep" I have gotten this wrong multiple times.