Why are people in the Netherlands called "Dutch"? 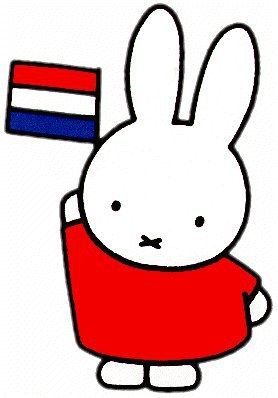 Several of my posts are inspired by questions I have that I've gone to investigate and ensuing discovers I wanted to share. And this is certainly one of them.

I was trying to figure out which demonym (see below) to use for Carl Buijis, a Dutch man who re-popularized the term "cisgender" back in 1995. He was from the Netherlands and I couldn't recall how to refer to him.

Apparently, the word I was looking for was "Dutch". But, my next question was "Why? That doesn't sound at all like a derivative of "Dutch"

A demonym is any name derived from a place. The word “demonym” was coined by Paul Dickson, an editor at Merriam-Webster, in his 1997 book Labels for Locals. Californian, Frenchmen, New Yorker, and Swiss are all demonyms.

There are sections I've left out of this. If you want to read the whole article, you can check it out Here ^_^

In short (and in English), Dutch comes from Dietsch, which came from diet, which meant 'people'.

Holland does only mean the provinces of Noord- and Zuid-Holland. This was the territory of the former Earls of Holland. But for commercial reasons it had become the export identity of the entire country of the Netherlands.

'Dutch' is derived from Diets, which is what we used to call our language a long time ago. Nowadays it is 'Nederlands'. We call ourselves 'Nederlanders' (Netherlanders, you could say). The country is 'Nederland' which is part of 'het Koninkrijk der Nederlanden' (the Kingdom of the Netherlands)

Holland shou;dn't be used to refer to the entirety of the country, as the word only applies to two of the twelve provinces. In fact, it can be rather offensive to people to use 'Holland' to refer to the Netherlands.The same goes for calling a Dutch person who isn't from Holland a 'Hollander'. The degree to which people will be offended genrally depends per province, region and person, but it's not recommended to test it.

About 'Low Dutch' and 'High Dutch'. It's a bit confusing to me. High Dutch being used to refer to Southern Germany and Low Dutch to what is now the Netherlands? I don't know, it just doesn't fit. From what I know, it's actually High German that's used to refer to the language spoken in the mountainous South and Low German/Saxon for the flat North. This may also just be another incident of the whole Dutch/Duits/Deutsch confusion. Although, it could also be that they used the word 'Diets' for Dutch, German and Low Saxon, which could explain this confusing tidbit!

Low German (plattdeutsch) is also closer to Dutch than to High German.

A classic everybody might already now, but maybe informative, concerning the Holland versus The Netherlands-discussion:

Presumably words like duchy, duchess etc come from the same root, although I can't find confirmation of it online

I don't think so. These word go back to Latin "dux" meaning leader, through the medieval Latin title "dux bellum", war leader, back to the Latin verb "ducere", to lead. The German word "Herzog" has a similar origin, meaning "army leader", from "Her", army.