Translation:My brother is visiting us with his husband and children.

Let's get this out of the way first. Yes, this is a sentence about a married gay couple. If you speak Esperanto long enough, you will meet men with husbands and children and want to talk about them. This isn't "propaganda." I've seen as many comments about the course being "too heteronormative". It's a sentence about a guy, his husband, and their children. How did they get children? Ask your mother. They may be adopted. They may be from another marriage. It may be none of our business. We may even be appalled by this (can you believe it! My brother is coming. Oh crap!).

Nobody is asking you to approve. Just to translate and learn.

Why is there a J on siaj?

It's to show that it's associated to something plural. Edzo kaj infanoj is plural. The husband is his. The kids are his.

This is what it looks like without the J.

Si is called the "third person reflexive". It's used to refer to the subject of the sentence. If we have a sentence that can use siaj, we have to use it, otherwise it will mean "some other guy's husband."

Note that your infanoj are still your infanoj even when they are grown. They might not be infanoj any more but they're still "viaj infanoj* same as in English.

Why is siaj not translated as "his own" here?

For real? They really say things like "Hi mom, I'll be there in 20 minutes with my own wife?"

I don't believe it.

As for the meaning in Esperanto, be sure to read the links I provided, as well as the tips and notes. There are some other links elsewhere in the thread which explain why "own" is not needed here.

As for the "regional" thing. If John came with his husband - of course it's his OWN husband. The correct word in Esperanto doesn't factor in to how we say it in English.

P.S. That goat doesn't love you!

so, if I understood well, here it is "sia", because "his" is connected to the subject. And if "his" is not relative to the subject, we use "lia". ĉu ne ?

Dang, I thought this was supposed to be easy to learn. Took me 5 minutes to realize it's NOT sxiaj, but siaj. sigh LOL

Although, I will say - "easier to learn" does not mean "trivial." S and Ŝ are different letters, and you have to learn that if you want to learn Esperanto.

Subject of the sentence: My brother Siaj references: His own (My brother)

So: Siaj = My brother's own husband and children

What is the usual way to refer to a family's children? Here it's "infanoj", but other recent exercises used "gefiloj". (And I presume "idoj" would apply, but seems too impersonal). Dankon!

infano is a child , not an adult. gefiloj are relatives to the parents. And they will be all the life along !

You can of course, it is possible to say "mia infano".

Sorry for the late response, but I think they would all work, since these are children. If they were full blown adults, though, I think the other two besides "infanoj" would work, since they're still his offspring, but not children.

How do I say "gay" in Esperanto?

"Gej", pronounced the same as in English. To refer to someone who is gay I prefer "samseksulo"

Also note that it should be "samseksemulo" for a person inclined toward people of the same sex.

Oh yeah. Adjective. Could "gejulo" be accepted then?

I had to look it up. According to PIV - gejo is "a gay person"

To clarify, it's "geja" instead of "gejo" not because of some weird rule (ex. "I before E except after C"), but rather because of use as an adjective instead of a noun?

Like the top panel, instead of the bottom one 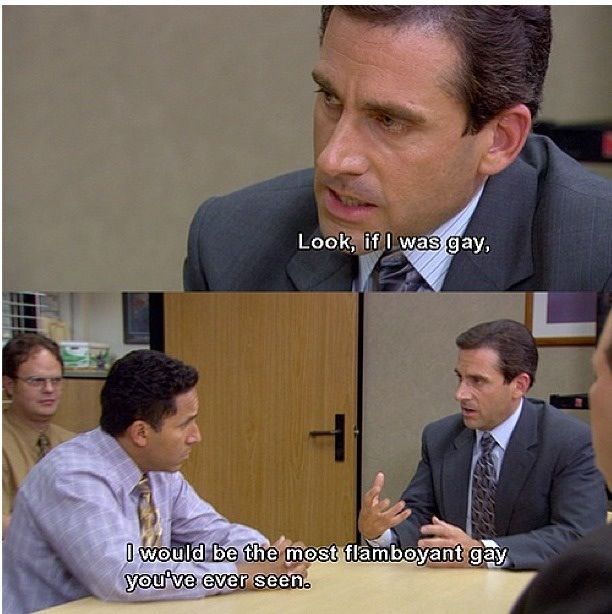 Or is "gejo" never correct?

This cartoon has nothing to do with adjective/noun.

"If I were tall, I'd be the lankiest kind of tall you've ever seen."

As for your question, it's already been answered here in this thread.

I hate to make another comment on “sia” vs “siaj” but it accepted “sia” as a typo. It was not a typo and if you go with salivanto it shouldn’t have been accepted.

On the other hand, I can see that an argument could be made that understanding “his husband and children” only as “his husband and his children” might be a cultural bias because it could also be “his husband and that husband’s children” in which case my brother might or might not be a social parent of those children (and I haven’t yet looked into biology ...).

I think the sentence is great to learn about what a big difference one letter in Esperanto can make and I would go with “sia” if I didn’t know that all the children where my brother’s in any sense I want to talk about (hey, it could even be that at least one child is his and at least one other is his husband’s and doesn’t consider my brother to be their father.) And perhaps, some native English Esperantistoj might even think about being more specific in the future and differentiate between “his husband and his children” and “his husband and their children” or even understand “his husband and children” as “his husband and their children but I don’t know if they all consider themselves as ‘his’ children and I don’t want to offend them”. Just a thought!

it accepted “sia” as a typo. It was not a typo and if you go with salivanto it shouldn’t have been accepted.

Typo detection is a function of the Duolingo software, not of the Esperanto course. As a result, things do get accepted that shouldn't be accepted.

On the other hand, I can see that an argument could be made that understanding “his husband and children” only as “his husband and his children” might be a cultural bias because it could also be “his husband and that husband’s children” in which case my brother might or might not be a social parent of those children (and I haven’t yet looked into biology ...).

I disagree. It's not a question of culture, but of the way English works.

There are lots of ways for families to be in the world, but people don't people don't mix expressions with and without determiners like that in English.

If you know any Russian, you'll know why "siaj" is used here instead of "liaj". When the subject is the possessor, then the possessive adjective has this special form, instead of corresponding to the person and number of the possessor.

Conversely, if the sentence read "liaj edzo", then it would be referring to someone else's husband, not to the husband of "mia frato".

Did you read the big, bolded, conspicuous mini-FAQ that I posted in this thread to answer this very question?

When you find it and if it helps, please vote it up so others can find it more easily.

See the mini-FAQ here in this thread with lots of big bold letters. If it helped you, please vote it up so it's easier for others to find.